The urban skating rink – romantic, historic, under the stars and the city lights. URBAN HUB picks the top 10.

There is nothing more romantic than bundling up, tucking a thermos of hot chocolate under your arm, and walking to a nearby pond or lake to strap on your skates. City-dwelling sports enthusiasts, however, need to seek out other alternatives – but are certainly no less spoiled for choice. Here’s a look at ten of the most romantic, historic, beautiful spots for urban ice skating – with a couple thrown in for those who like a less leisurely skating pace.

Urban university buildings
Previous article
Next article
Urban Lifestyle
An urban lifestyle for the future –  By first recognizing the impact of our city lifestyles, we can pave the path for sustainable economic development and a brighter, greener future.
3797 views

Strap on your skates at the base of the iconic Christmas tree at Rockefeller Square and glide beneath the gaze of the golden statue of Prometheus. With space for only 150 skaters, the experience is at once intimate and breath-taking. Looking for a more outdoorsy experience? Then head over to Wollman Rink in Central Park. Both open from November to April. 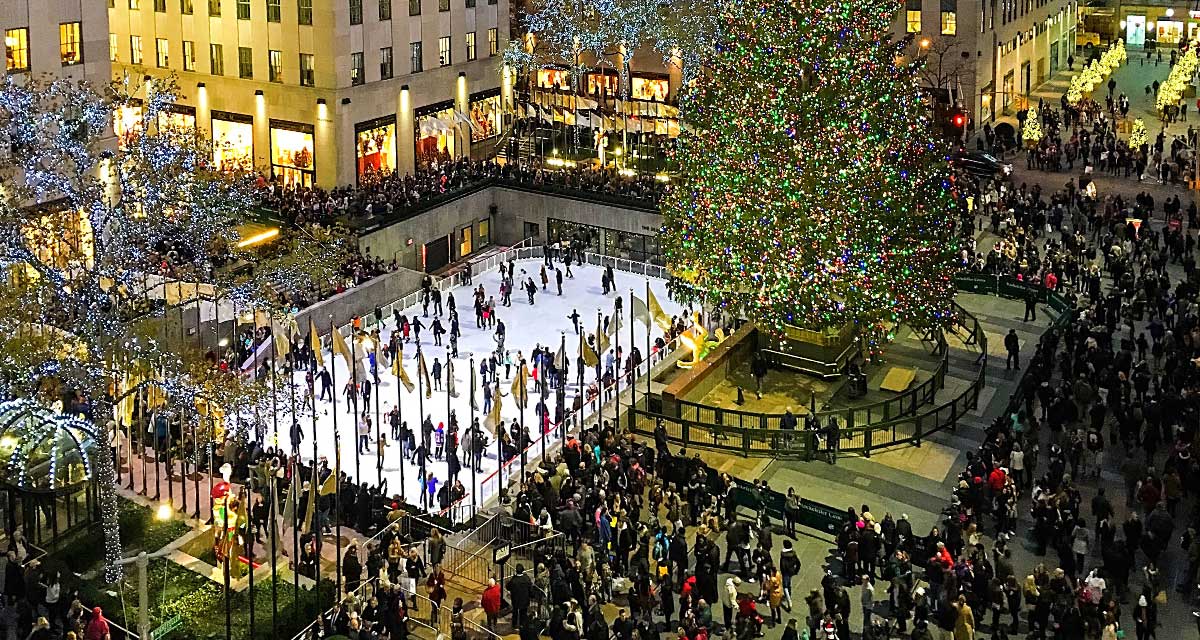 Ice skating under the lights of Rockefeller Center

Ice Rink at the Zollverein Coal Mine Site, Essen, Germany

A UNESCO world-heritage site, the old industrial complex provides a unique stage for an ice rink. Skate along a 150-meter-track past the soaring towers and imposing rust-red pipes of coal processing factories; by night, pirouette under a canopy of lights. Open for four weeks around Christmas. 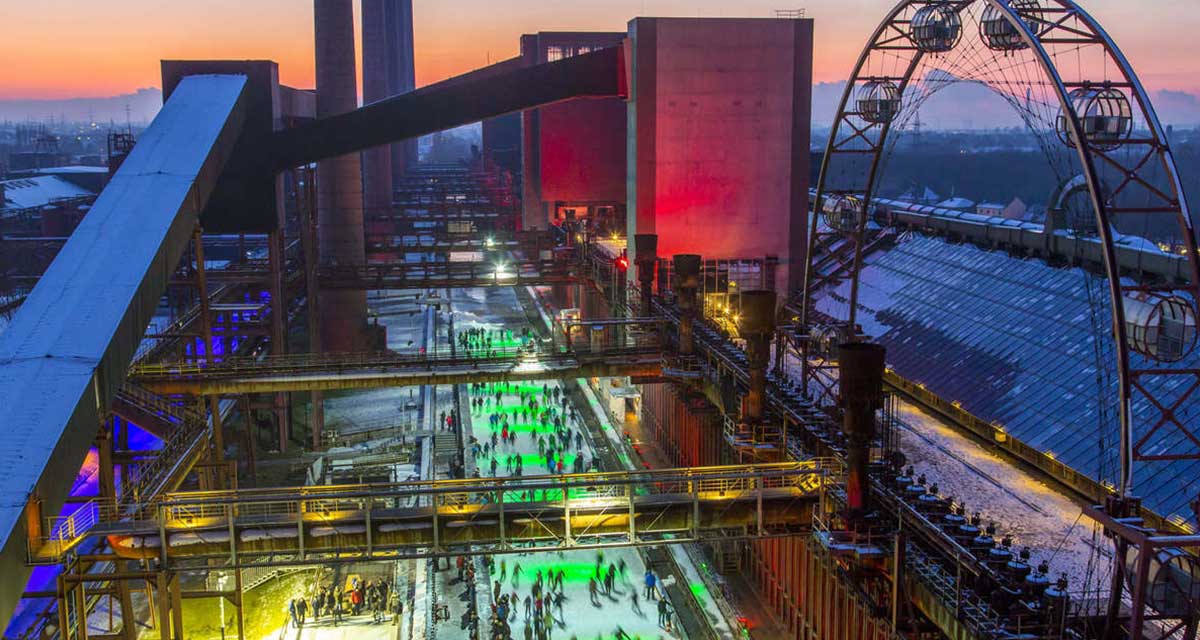 Thought you would head to Mexico for some sun and R&R this Christmas? Don’t forget your mittens though, because you won’t want to miss the world’s largest outdoor ice rink in Mexico City. It’s set up in the Zocalo, the city’s largest plaza, and in the shadow of Latin America’s largest cathedral, the Metropolitan Cathedral . Culture, sun, and ice sports all in one! Open December to early-February. 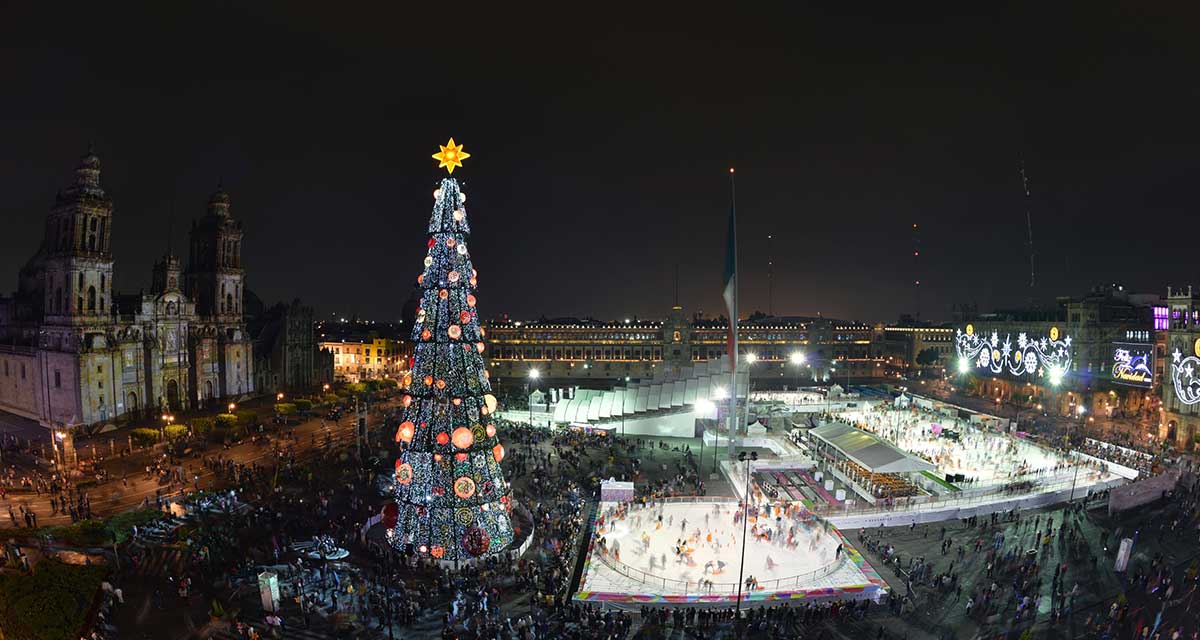 With over 18,000 square meters, Gorky Park’s ice rink is one of the biggest all-weather ice rinks in Europe. The ponds are flooded, turning the park into a maze of skating paths, roundabouts, and smaller cul-de-sacs for skaters who just want to chill. Open throughout the winter season. 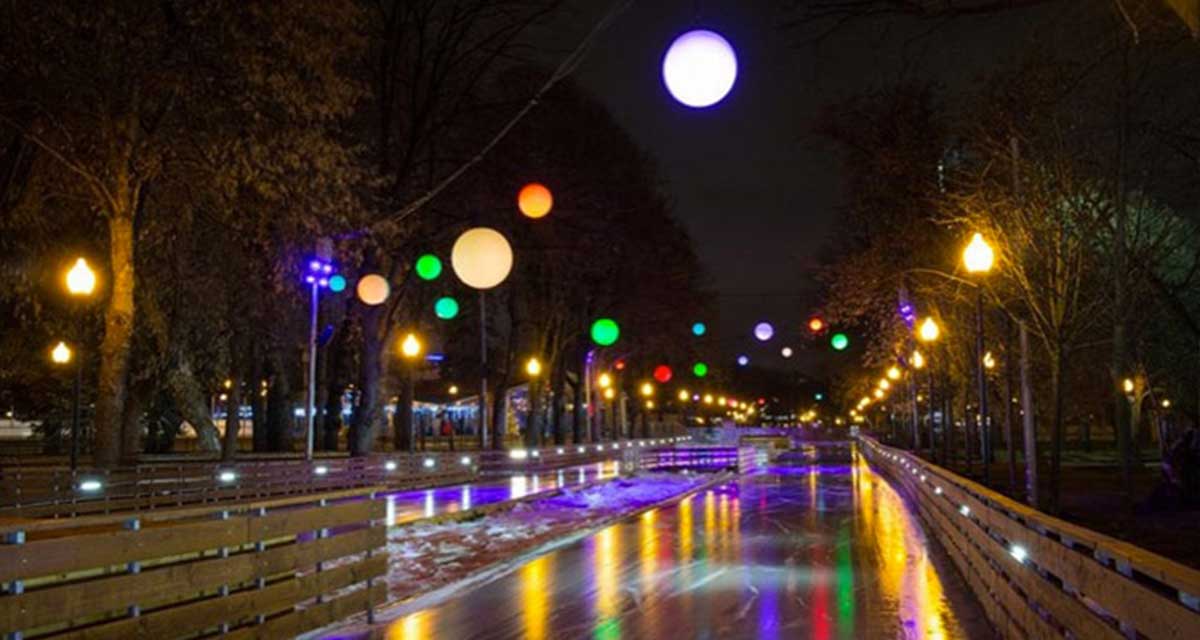 Take to the ice like a true Muscovite in Gorky Park

What could be a more historical and dramatic backdrop than the Tower of London? The skating rink is located in a dry moat along the castle walls. Strap on your skates and off with your head! And once your ankles get tired, you can pop into the castle and check out the crown jewels. Open mid-December to early-January. 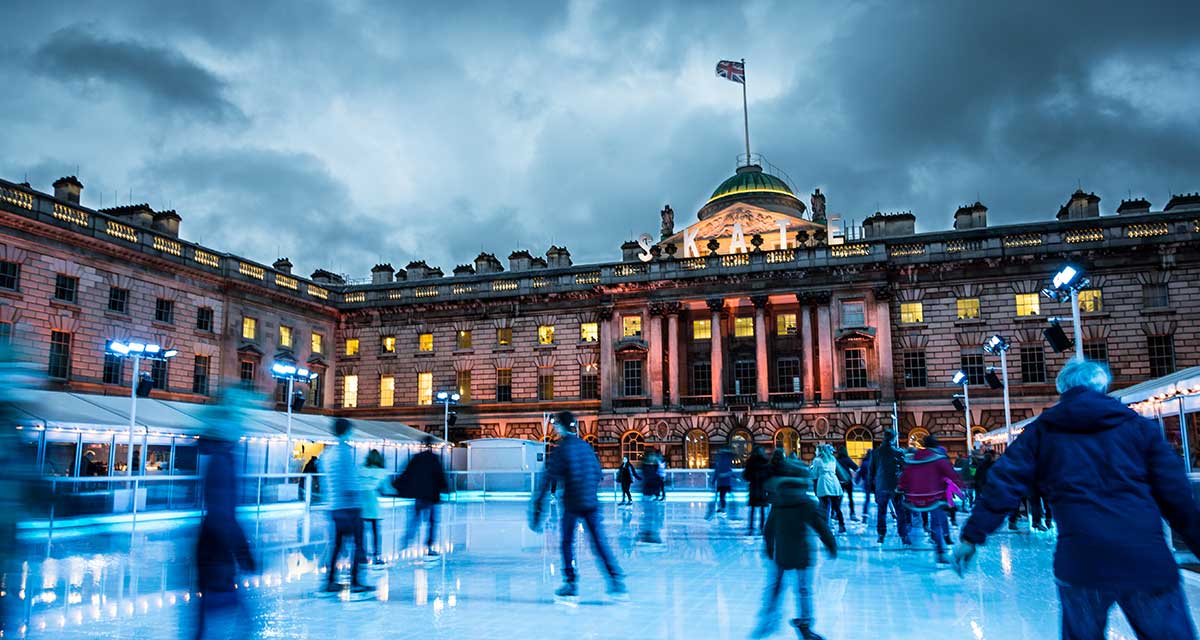 A royal welcome to all urban skaters in London!

Beijing’s many lakes freeze over in the winter so skaters have abundant choice. A popular spot is Qianhai (south part of the Shichahai Lakes) with its view of the Drum Tower and colorful lights from surrounding restaurants and cafes at night. Try the fun push chairs if you want a break from your blades! Open throughout the winter season. 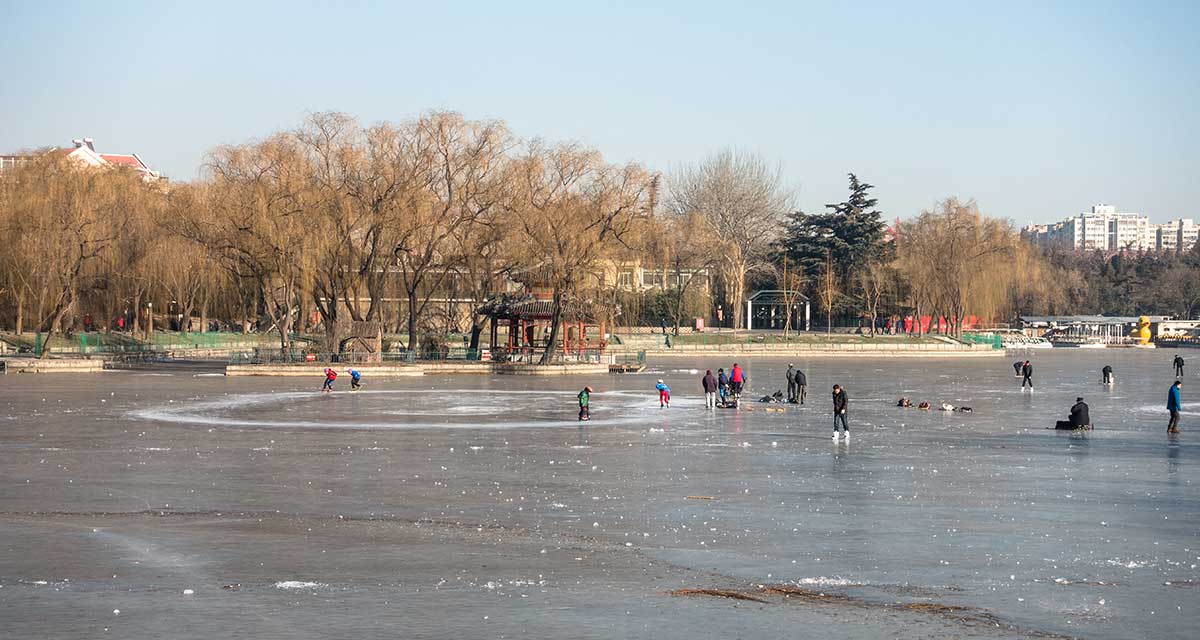 Join locals for a day of outdoor winter fun in Beijing.

On the world’s largest naturally frozen ice rink, visitors can skate past some of Ottawa’s most iconic landmarks. The canals are so well-maintained by the city, children use them to get to school and commuters to work. Many pit-stops along the way ensure skaters’ bellies are warm and full! Open throughout the winter season. 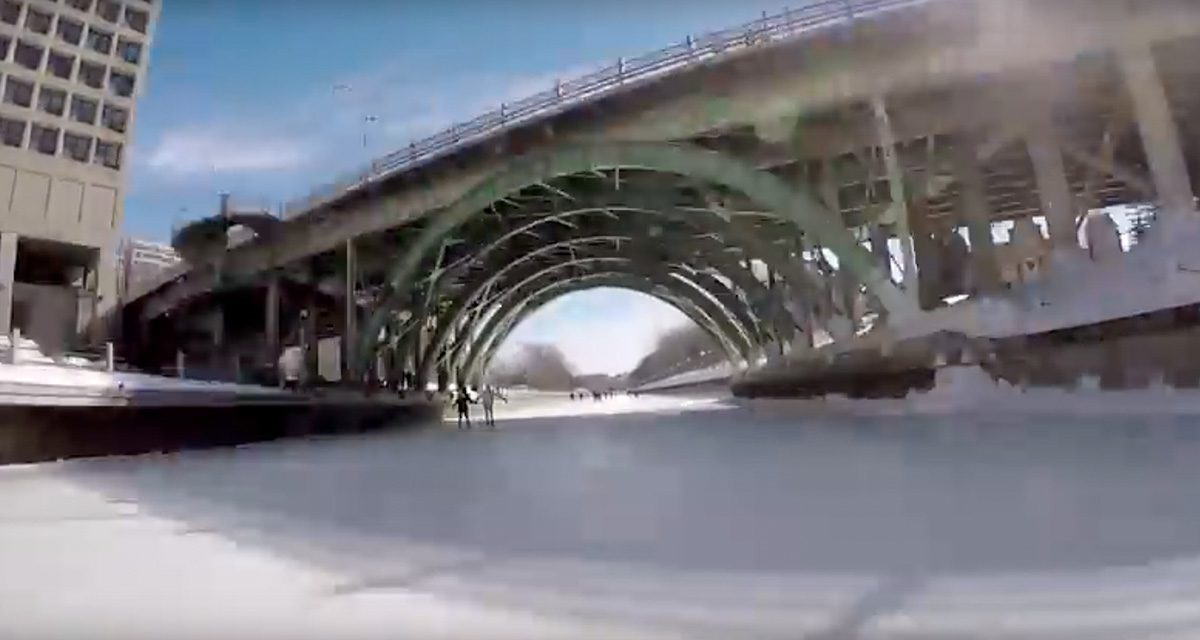 Take a trip to the world’s largest natural skating rink in Ontario, Canada.

A boat lake by summer, in the winter, it transforms into a romantic wonderland for skaters as they glide past the Vajdahunyad Castle. After a leisurely workout on the ice, pop into the neighboring Christmas market or head to one of the city’s famous thermal baths. Open throughout the winter season. 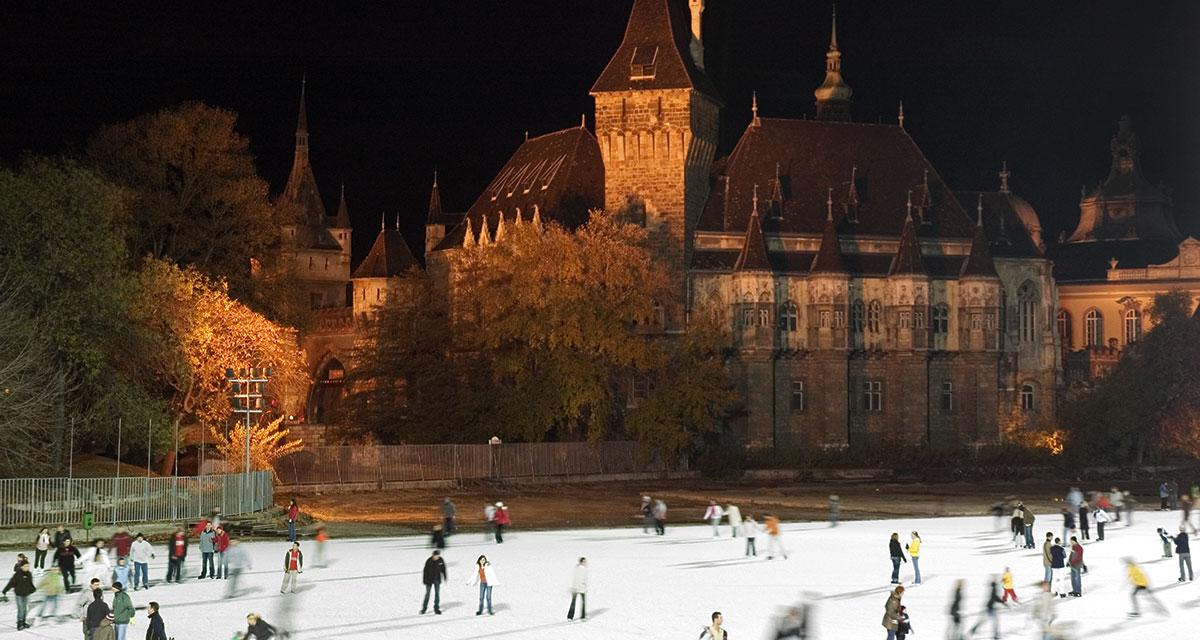 Beat the heat by heading to the local mall to practice your spins on skates. The Dubai Mall features an Olympic-sized rink in the midst of shopping arcades and is open year-round. 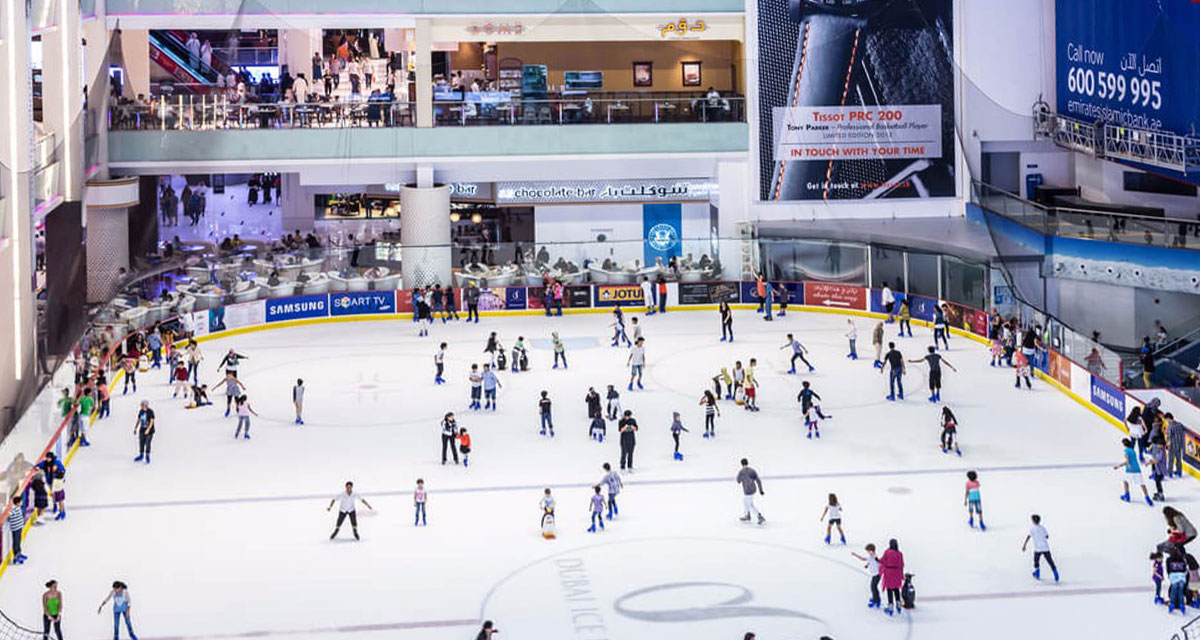 A leisurely stroll around the ice not your thing? Then head over to the Netherlands and try out the Elfstedentocht – a 200 km race along canals that passes through eleven towns. But check the weather first – it can only be held in winters when it has been cold enough to freeze the canals.

Or start training for Crashed Ice – a downhill skating event through city streets. As you can imagine from the name – it is not for the faint-hearted and the participants are often hockey players. It has been located in wintery cities like Quebec City, Stockholm, and Munich and may be coming to a city near you this winter! 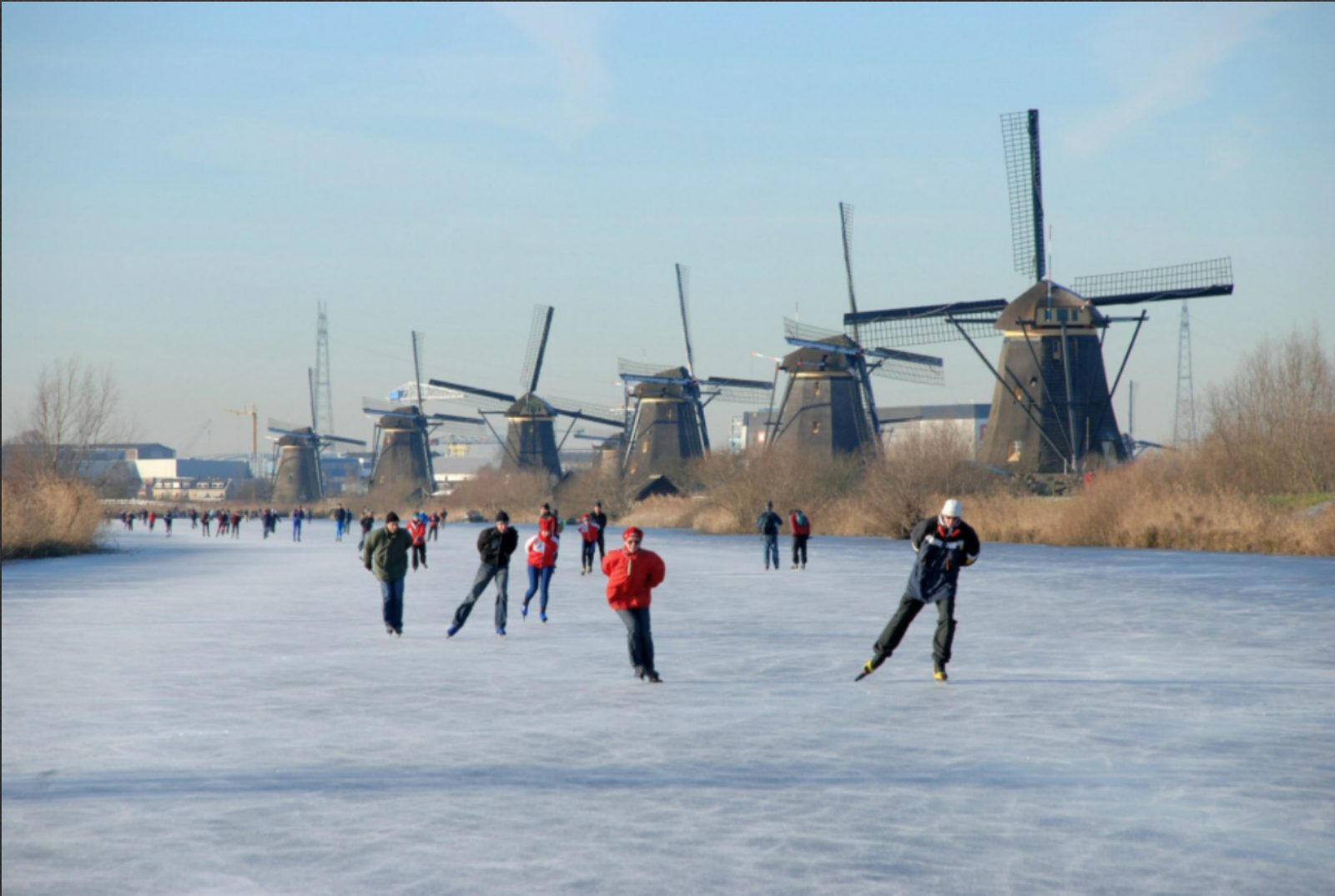 Take the Elfstedentocht challenge and skate through 11 towns!

Take to the slopes or head for downtown?

Some winter sports lovers may still need to head to the hills to get their fix of adrenaline, snow, and ice. But many find the unique experience of skating in the city just the thing to get them through the gray winter days. From Budapest to Beijing, ice skating proves to be a popular urban pastime in the winter. 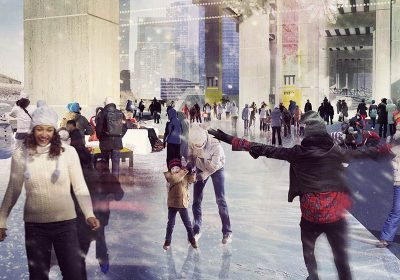 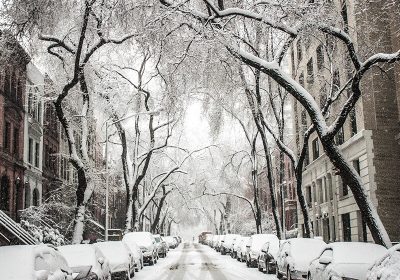 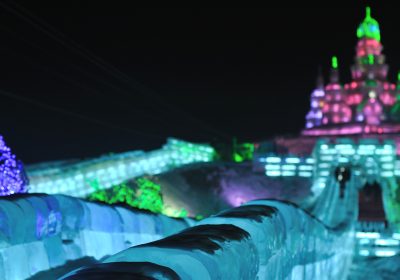