A world tour of innovative and exciting stadiums

Stadiums are not just large venues for fans to watch their favorite sports teams. They are also excellent examples of architectural creativity and the careful planning needed to ensure an uninterrupted flow of visitors within and around the stadium. URBAN HUB explores 10 different stadiums from around the world that stand out for their design and how they move people in, out, and around their ranks.
Cozy holidays at home

Previous article
Urban Lifestyle
An urban lifestyle for the future –  By first recognizing the impact of our city lifestyles, we can pave the path for sustainable economic development and a brighter, greener future.
12810 views

Globe Life Field is home to the Texas Rangers baseball team and hosted the final baseball series of 2020. The stadium features a 22,296 m2 retractable roof – the largest in the world – that is designed to allow for a comfortable environment in hot weather or to close within 15 minutes in case of rain. Inside, the stadium includes 24 elevators and 13 escalators from TK Elevator, which ensures reliable mobility between all the levels. 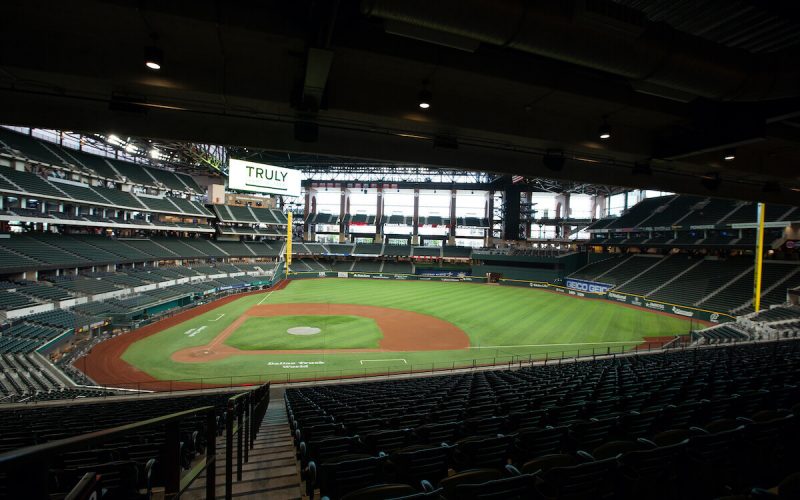 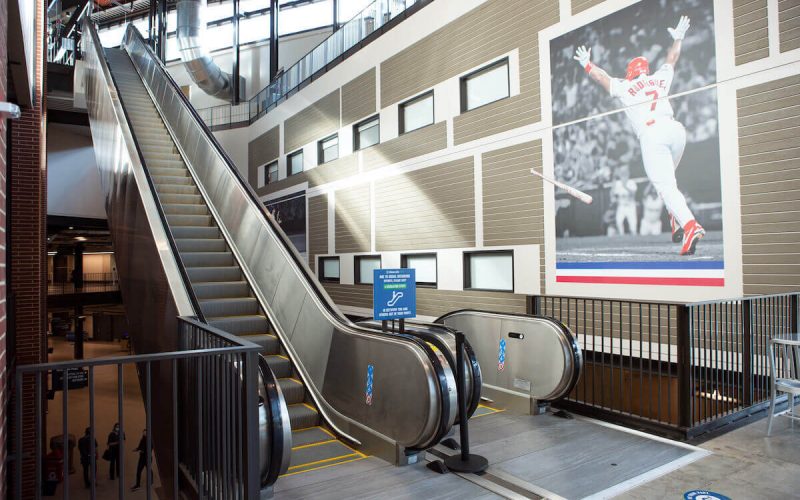 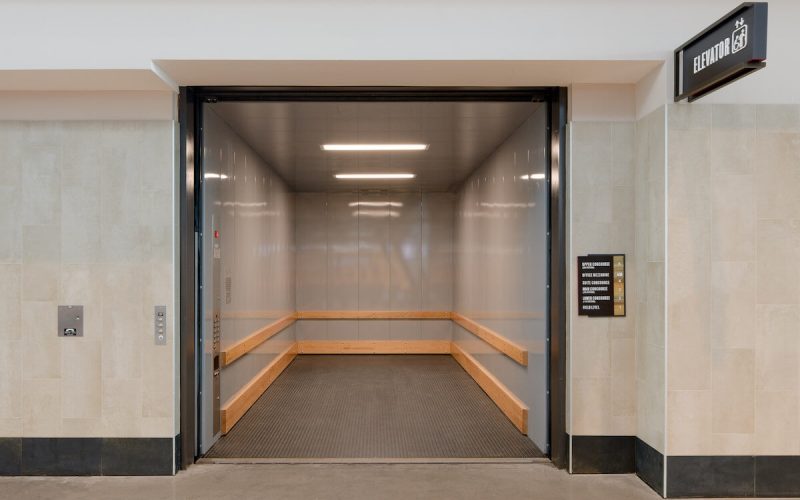 Located just outside Johannesburg, the First National Bank Stadium also goes by several other names: FNB Stadium, Soccer City, or The Calabash. Built in 1987 and restructured from 2006-2009, it is considered one of the best stadiums in Africa and was a major site of the 2010 soccer championship. Designed to resemble an African pot (hence the name Calabash), the external cladding features earthen colors and, when illuminated at night, it appears to be sitting upon a fire. The stadium is designed to also provide good accessibility for people with mobility challenges. 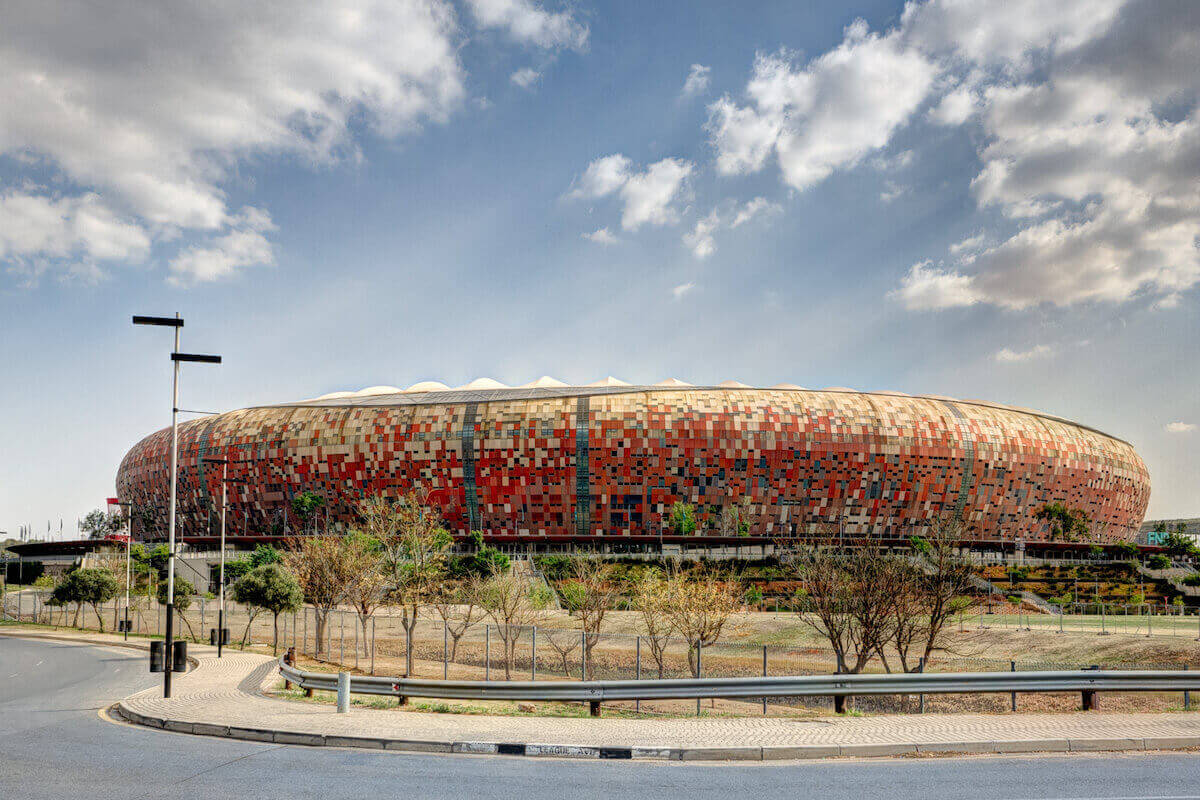 Estádio Beira-Rio, officially called Estádio José Pinheiro Borda after the engineer who oversaw its construction, is the home of Sport Club Internacional and hosted five games of the soccer championship in 2014. The LEED Silver certified stadium features an attractive PTFE membrane roof, which shades a significant proportion of the stands and the pitch with its overhanging “leaves”. Inside, more than 50,000 fans can move between levels in 23 elevators provided by TK Elevator. 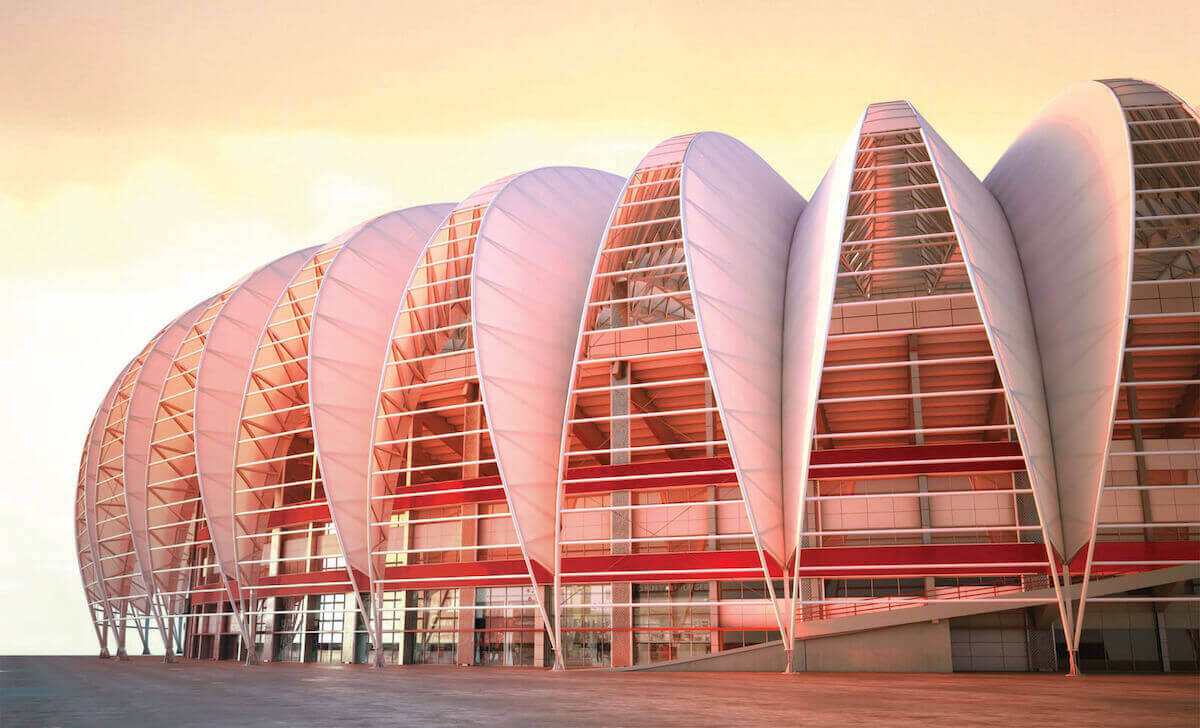 King Abdullah Sports City is a multi-facility complex for different kinds of sports, the largest of which is a modern soccer stadium situated at the center of this circular sports city. A striking centerpiece, it has a unique façade that makes it look like a jewel rising from the sand. Amazingly, the stadium only took a mere 14 months to build, fully adorned with distinctive elements of Arabian architecture and design. 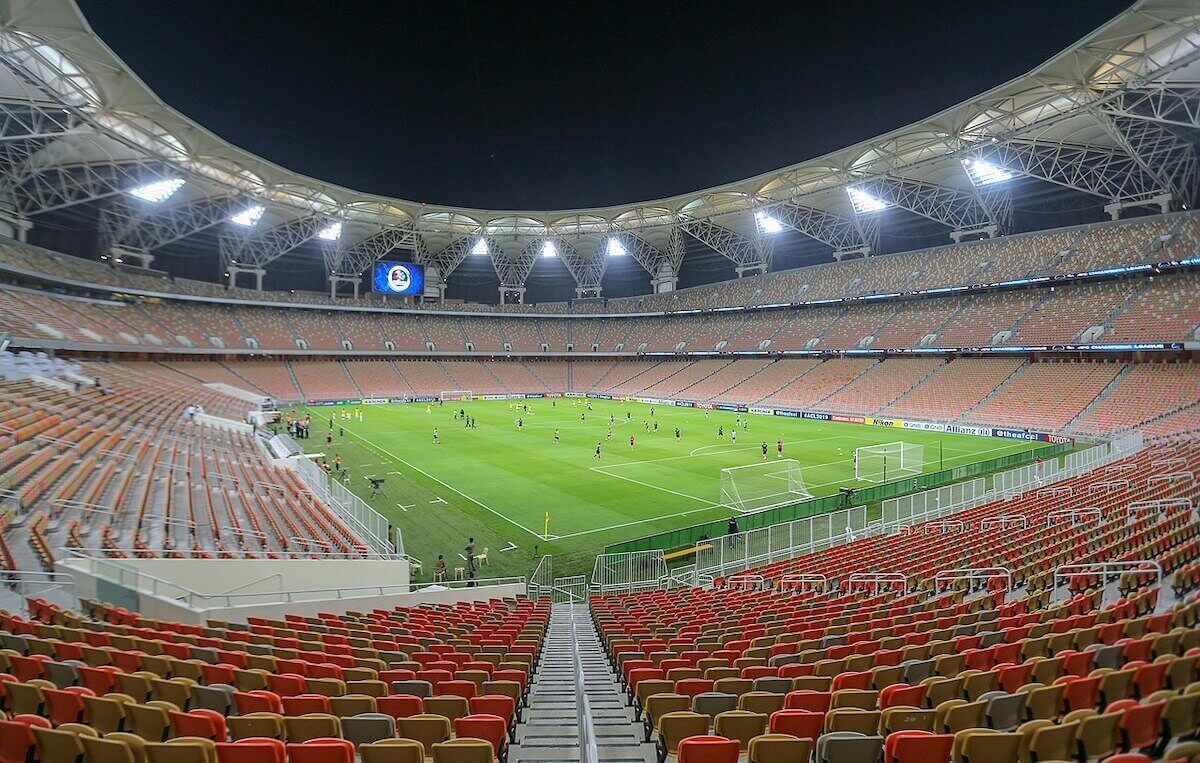 Allianz Arena, home of the FC Bayern München soccer team, is a marvel of design and engineering, with the first fully color-changing façade. It can produce up to 16 million different colors. Its unique appearance is made possible by 2,874 rhomboidal inflated ETFE foil panels, which extend over the top to form a roof above the stadium seats to shelter spectators. The panels are even easy to maintain as they self-clean with rain. Another fun fact: the stadium features Europe’s largest parking structure with 9,800 parking spots. 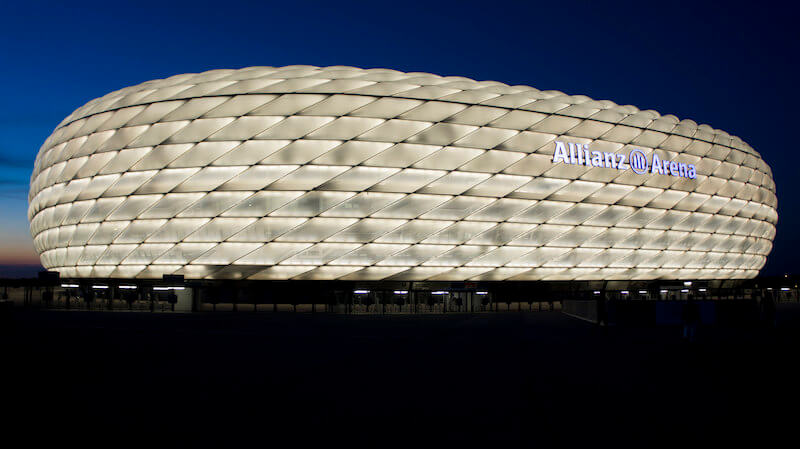 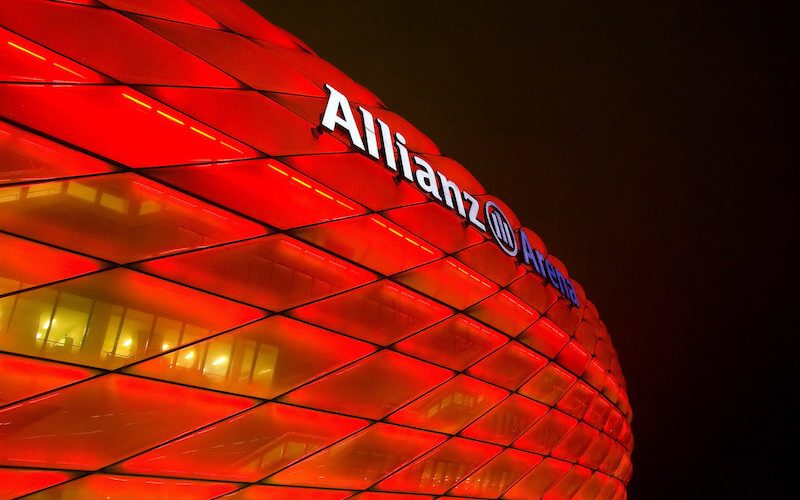 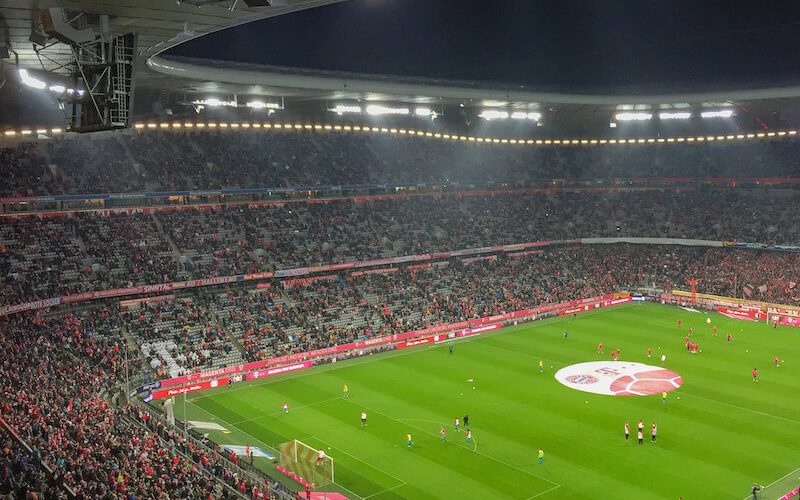 Shenzhen Universiade Sports Centre includes multiple facilities for different sports, such as a jaw-dropping stadium primarily used for soccer and athletics, as well as an aquatics center. The stadium’s façade looks like a subterranean crystal formation and the fact that it can be highlighted in different colors only adds to that illusion. 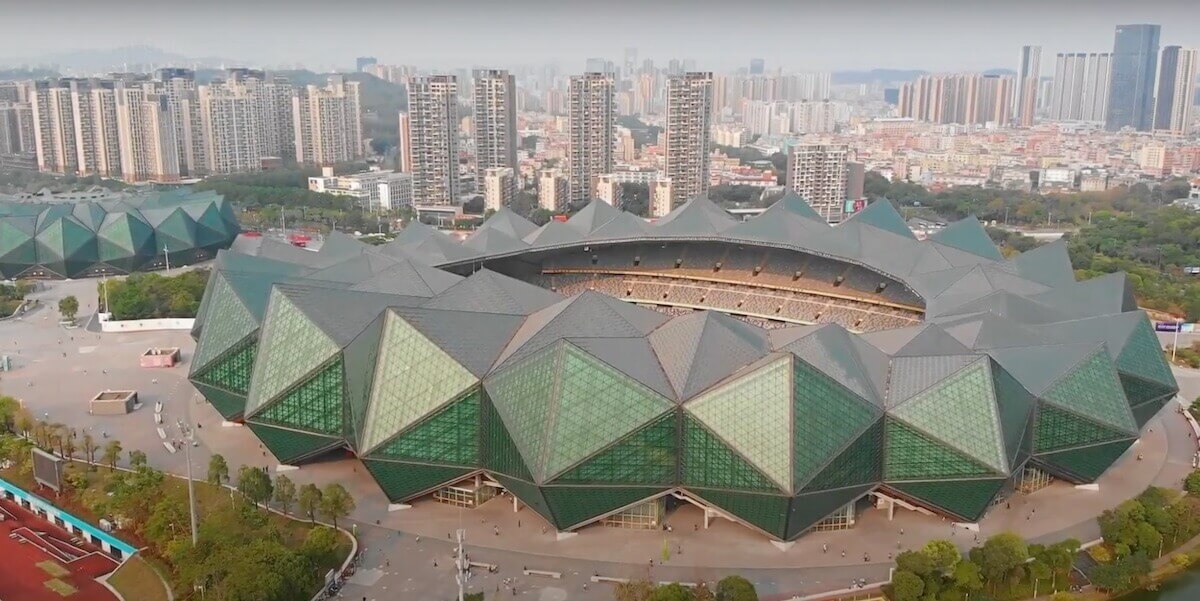 Arena do Grêmio in Porto Alegre is a multi-purpose stadium, home of soccer club Gręmio FBPA, and one of the most modern multi-use venues in South America. Primarily used for soccer, it is also a venue for major concerts like other stadiums on this list. Brazil is a growing market for LEED certification, and Arena do Grêmio follows that trend with LEED Silver certification – thanks in part to its 18 high-tech, energy-saving elevators from TK Elevator.

The AAMI Park is also called the Melbourne Rectangular Stadium but don’t go there looking for too many right angles. Although the pitch itself is rectangular, the stadium’s façade is composed of billowing, ball-shaped structures. Since several sports are played at AAMI Park, the balls on the façade are somewhat generic in appearance, allowing them to represent almost any ball sport. 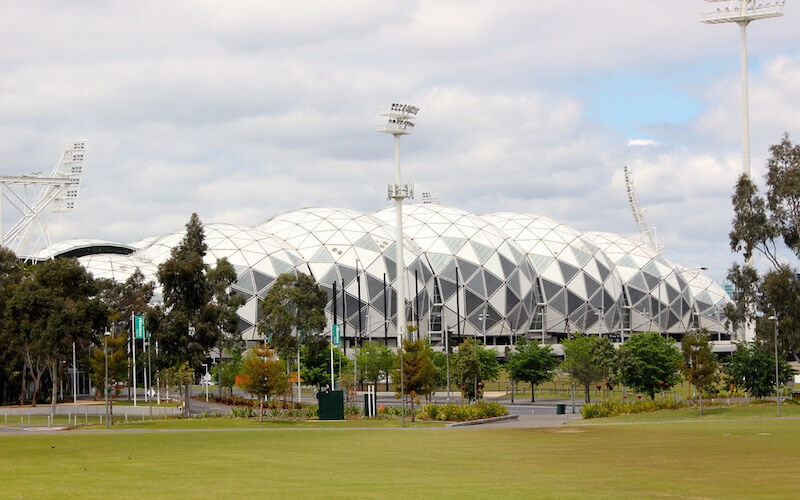 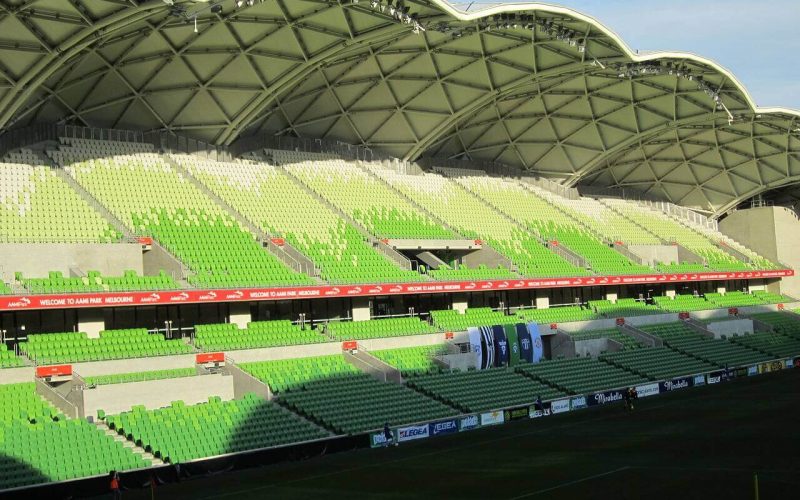 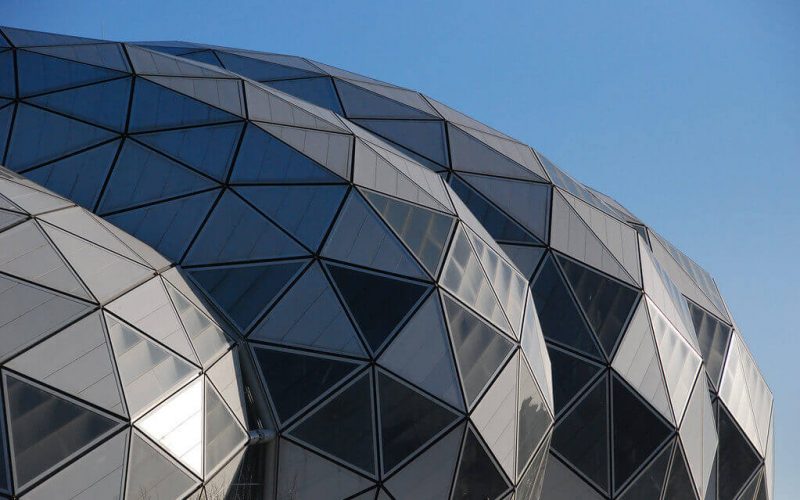 It’s not surprising that Beijing National Stadium has such an amazing façade. After all, it was designed by Herzog & de Meuron, the same architects who designed the Allianz Arena in Munich. The stadium is actually two separate structures: a red concrete stadium and, fifty feet away from that, a steel frame surrounding it. The steel frame is the main eye-catching design feature, with steel supports arranged in a manner that appears random, lending it an appearance similar to a bird’s nest, proving that Chinese architecture can impress beyond its incredible skyscrapers. 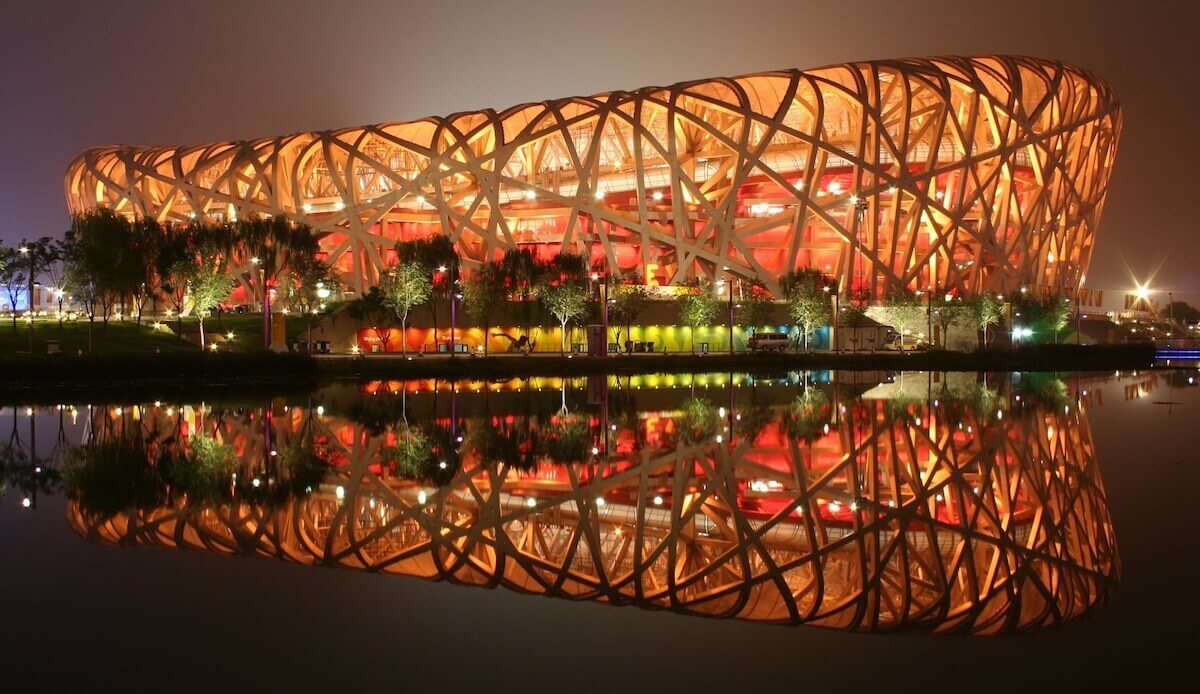 Miami’s Hard Rock Stadium is home to the American football team Miami Dolphins and hosted the Big Game in 2020. But the multi-purpose stadium has also hosted plenty of baseball games and tennis tournaments, as well as professional wrestling, boxing, monster truck rallies, and concerts. It will even host a high-speed car race, which will run around the stadium. This stadium has seen a lot of change – even the name has changed ten times – but visitors can always trust the reliability of TK Elevator’s mobility solutions to transport them throughout the stadium.

Be sure to also read more on stadiums and arenas in this URBAN HUB article.