How robots can take the building industry to the next level

As urban populations rise, the need to quickly deliver new infrastructure and buildings is growing, too. The building industry has discovered that automation is the key to meeting demand and will increasingly adopt the advanced technologies that have already transformed sectors, such as manufacturing and logistics. With construction projects multiplying, the industry can benefit from integrating robots or establishing a mix of robotized and man-powered work units to boost productivity, sustainability, and safety in construction.
Physical and digital merge

Previous article
Technology
Using fewer resources for bigger change – What makes the world go around? Innovative technology. And in mobility, building, energy and manufacturing, especially green innovations are changing how people interact with and shape their environment.
16433 views

Equipment can also be remotely controlled or programmed. For example, drones are increasingly being automated to complete large-scale, exterior painting projects. 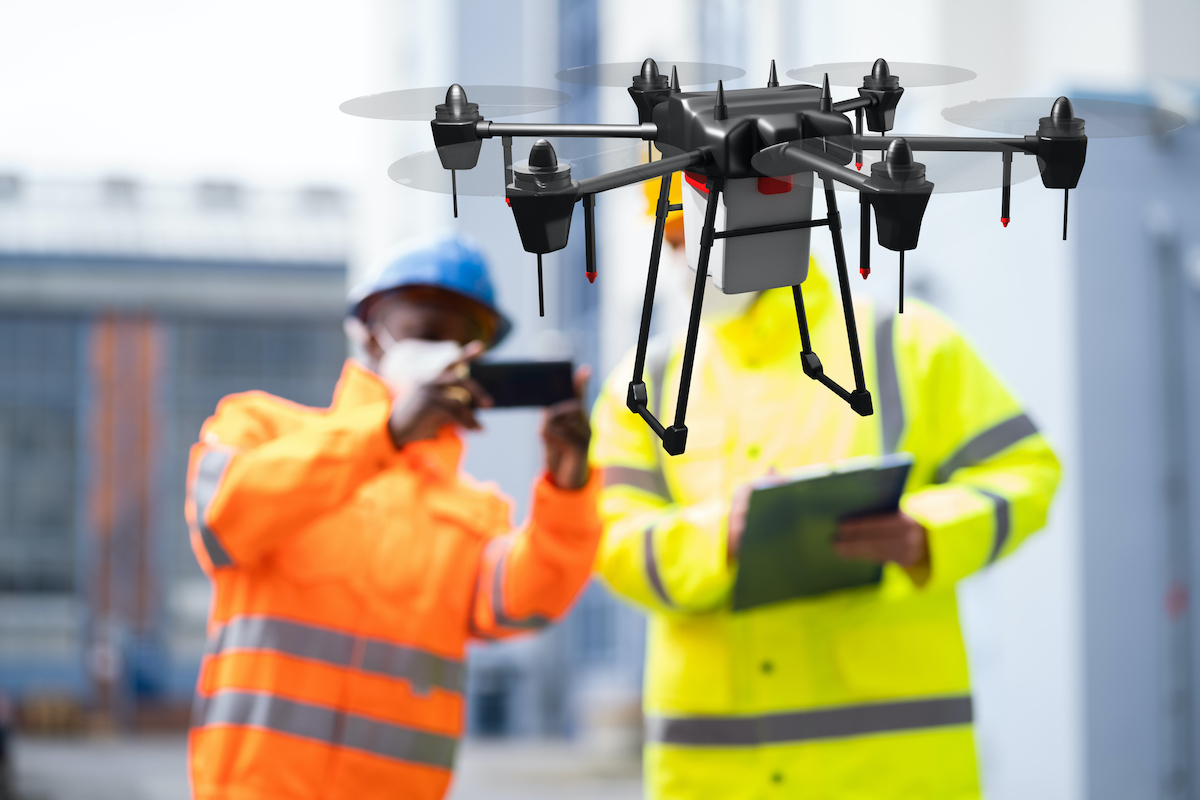 Hand in hand with robots

Currently, the industry is even exploring the possibility of literally merging robots and humans – with an exoskeleton. These are rigid or soft wearable robotic elements that extend human strength and capacities. In the future, these elements could even collect and analyze data and use machine learning to detect how to better support the wearer in real-time.

“We foresee hyper-connected buildings and cities that understand and advance their users and can be remotely monitored, operated, and troubleshot without the need of being on-site. User experience is one of the key elements of building design success. Covid-19 has shown that health and well-being may not just be a premium rather a future standard.”
Javier Sesma
Vice President of Business Development at TK Elevator 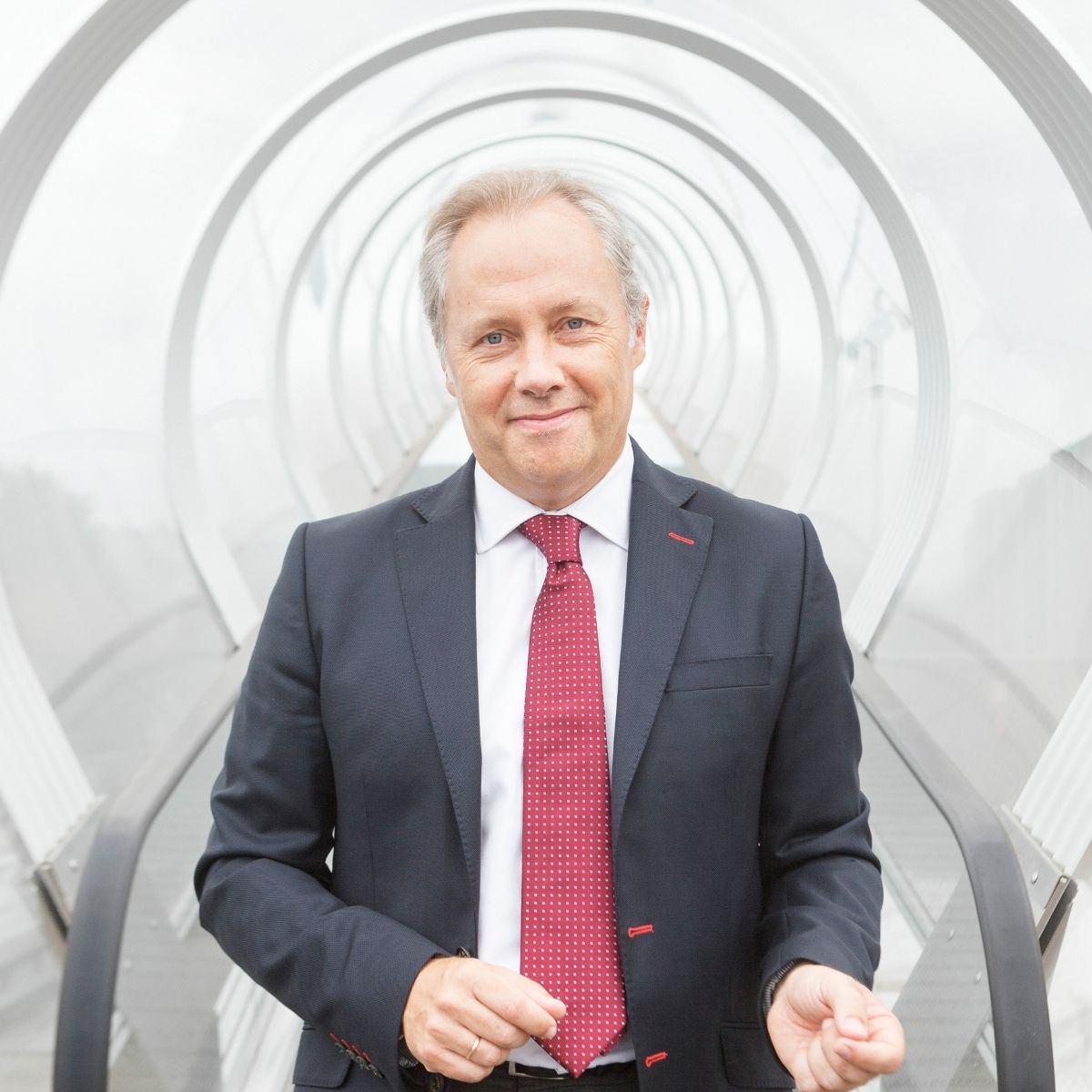 Robots: an extra set of eyes and ears

For example, LiDAR (Light Detection and Ranging) equipment can be used to scan and gather information at a worksite. Combined with AI, the equipment can detect problems and suggest the next steps. It can also create real-time 3D models of a site, helping supervisors calculate updates on work rates, productivity, and costs. 3D models will also be essential in helping manage and oversee the various automated machines at work on the site.

An additional and essential aspect of surveillance is the inspection of dangerous environments. Drones are increasingly utilized to carry out fire and safety inspections. 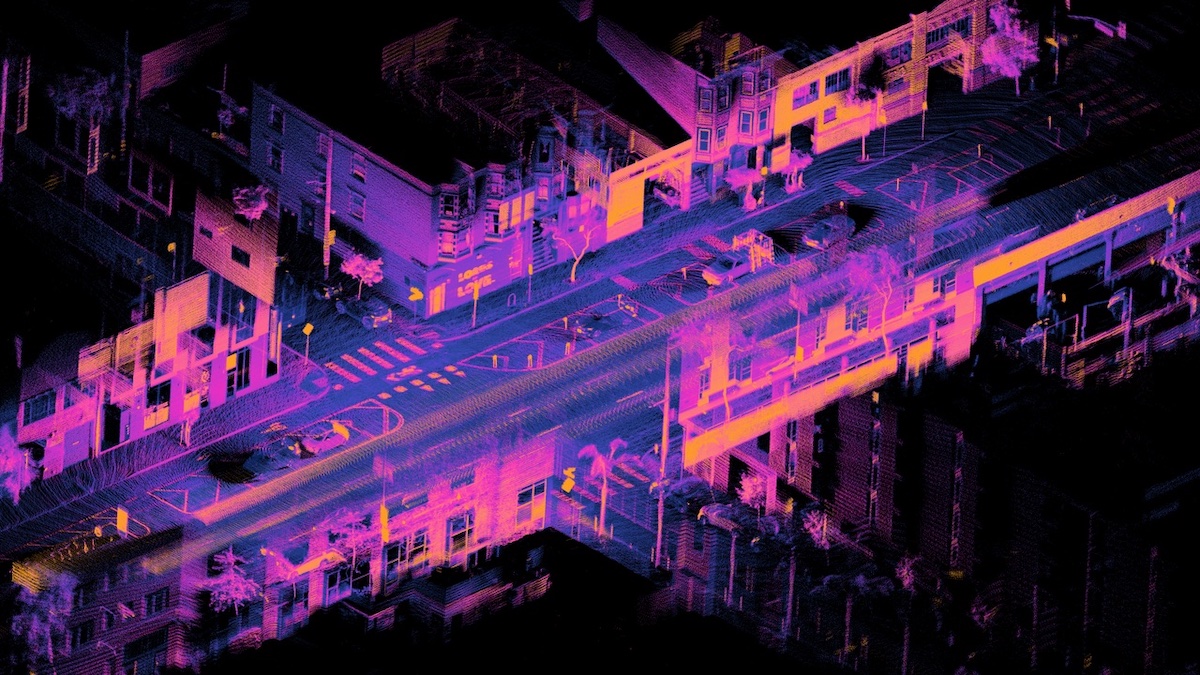 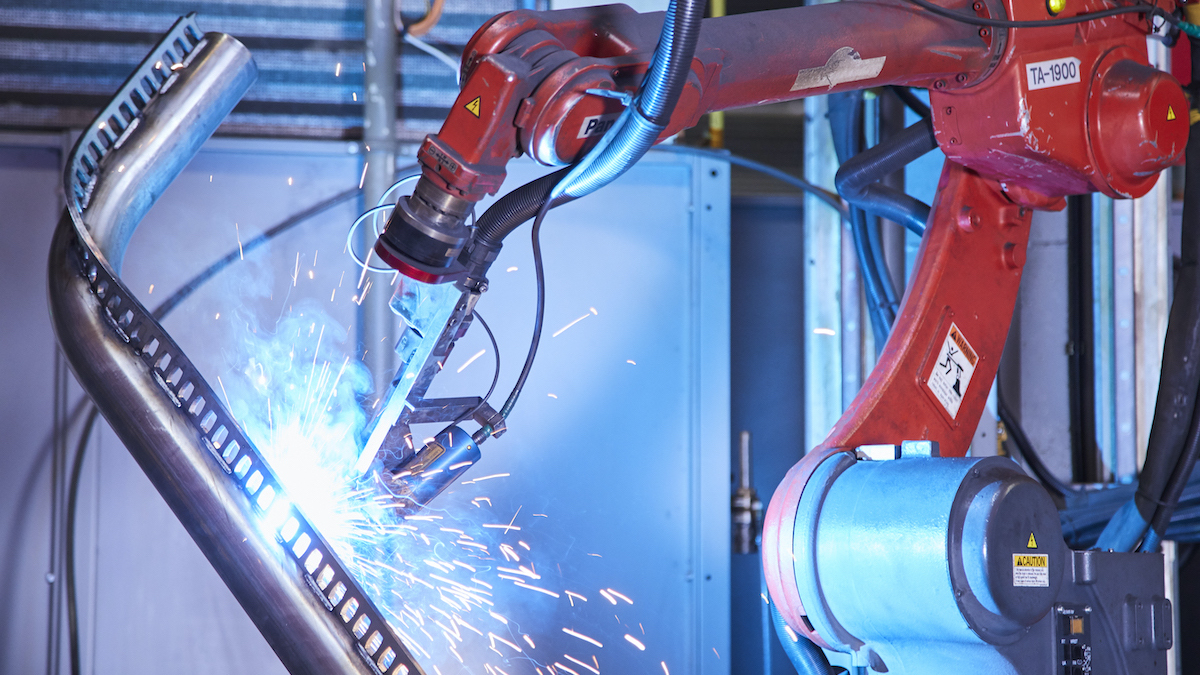 In the future, robots will be responsible for making components or even entire sections of buildings. 3D printing or additive manufacturing is now being employed on- and off-site to create components, but also in repair work or for the reproduction of historic elements when restoring old buildings.

The use of large-scale prefabrication (LSP) approaches is also being explored. Modules, such as for bathrooms or kitchens, will increasingly be made by robots in the future in the factory and then assembled on-site.

Both 3D and pre-fabricated approaches have the added advantage in that they only use the exact amount of material needed for a component or module, cutting down on waste and thus creating a more sustainable building. 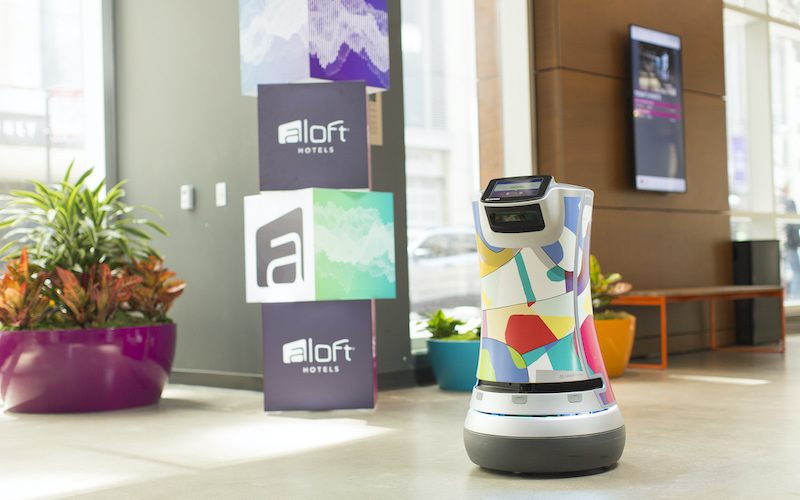 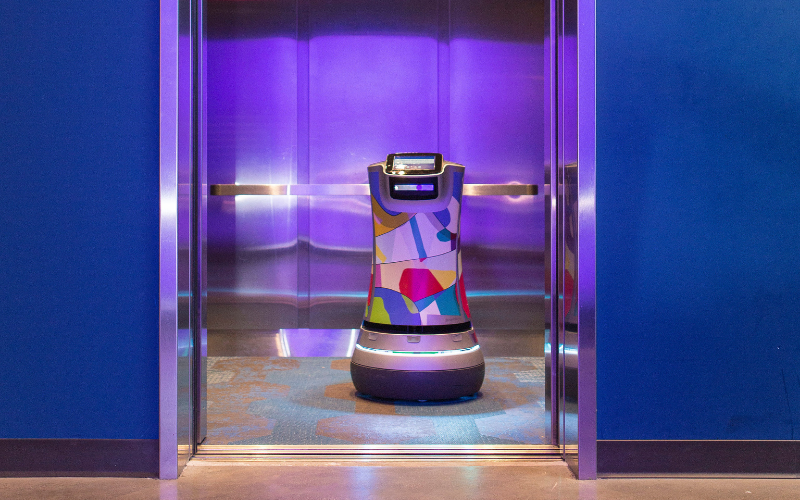 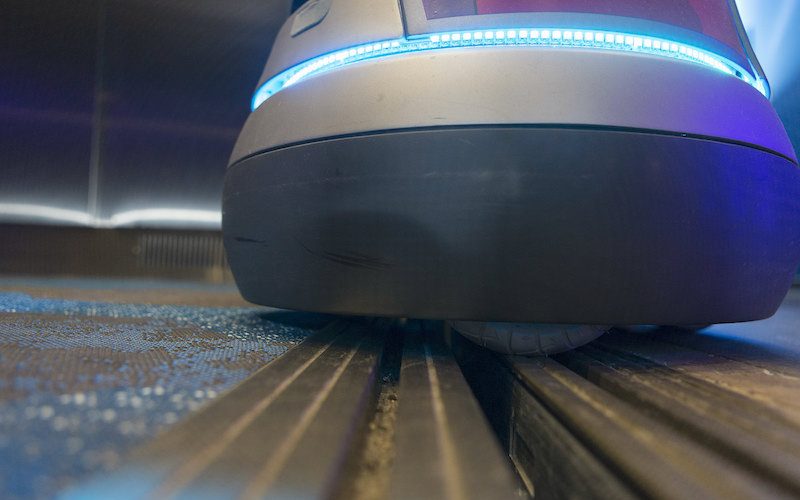 The use of robots can also significantly improve services in building maintenance. A TK Elevator pilot project explores the use of driverless vehicles to deliver materials to repair sites. Potentially, a cloud-based system could form a complete logistics network that can save technicians time as well more efficiently manage the distribution of spare parts.

Robots can be trained to “walk” in our footsteps. A “follow-me” smart technology has been developed by Piaggio Fast Forward (PFF) which improves a robot’s ability to sense direction and velocity and allows humans to control the robot via pairing.1 Cargo robots carrying up to 40 pounds of cargo, such as the “Gita”2, could accompany technicians, carrying spare parts and tools and eliminating the need for vehicles.

When this PFFtag technology is paired with GNSS (Global Navigation Satellite System)3 sensors it can be integrated into all types of on-site machines. Testing has already been conducted on the “Spot”4 robot. When fully tested, the technology can be used in construction, building maintenance, and logistics industries, enabling collaborative, intuitive robots that can follow and assist construction workers in a variety of tasks. 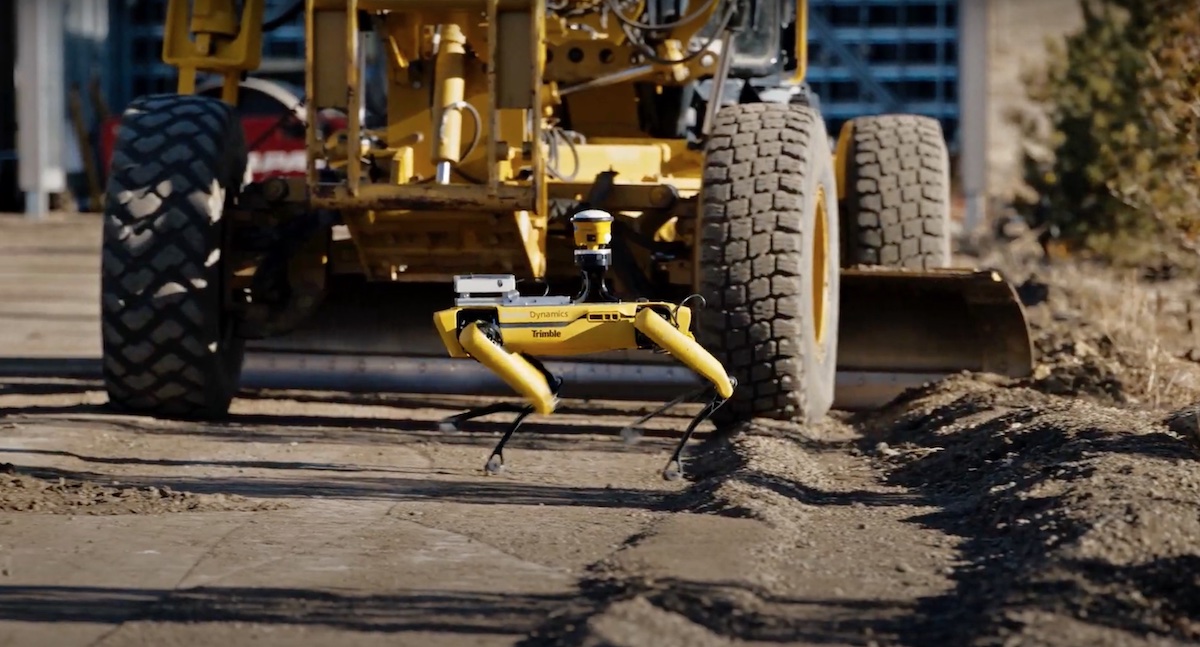 Opening the doors to robots

Hospitals, warehouses and supply centers, and hotels are increasingly implementing robots to improve services and customer care. However, for robots to be able to work autonomously, they need to be able to move through a site or building independently – even on elevators or industrial lifts.

TK Elevator has now developed a robotics interface platform that enables robots to use elevators and thus move freely through, and up and down, a building. The interface allows robots to communicate via WiFi or 4G LTE with elevators and make floor selections like a human passenger.

“Aging of population and developing indoor/outdoor navigation technologies will drive universal accessibility for people and robots (autonomous or not). We believe the race for new heights will demand flexible spaces to work, live, and entertain and will require innovations in mobility like pitless moving walkways, multi-cabin, multi-directional transportation systems, and robot enabled elevators.”
Javier Sesma
Vice President of Business Development at TK Elevator

Until now, the changes in the construction industry have been gradual. However, as the industry sees the rapid changes that come with the adoption of advanced technologies like robots, it will soon be no holds barred. Working with robots, buildings will benefit from the new speed and efficiency that will certainly result in yet another wave of innovation in design and sustainability. 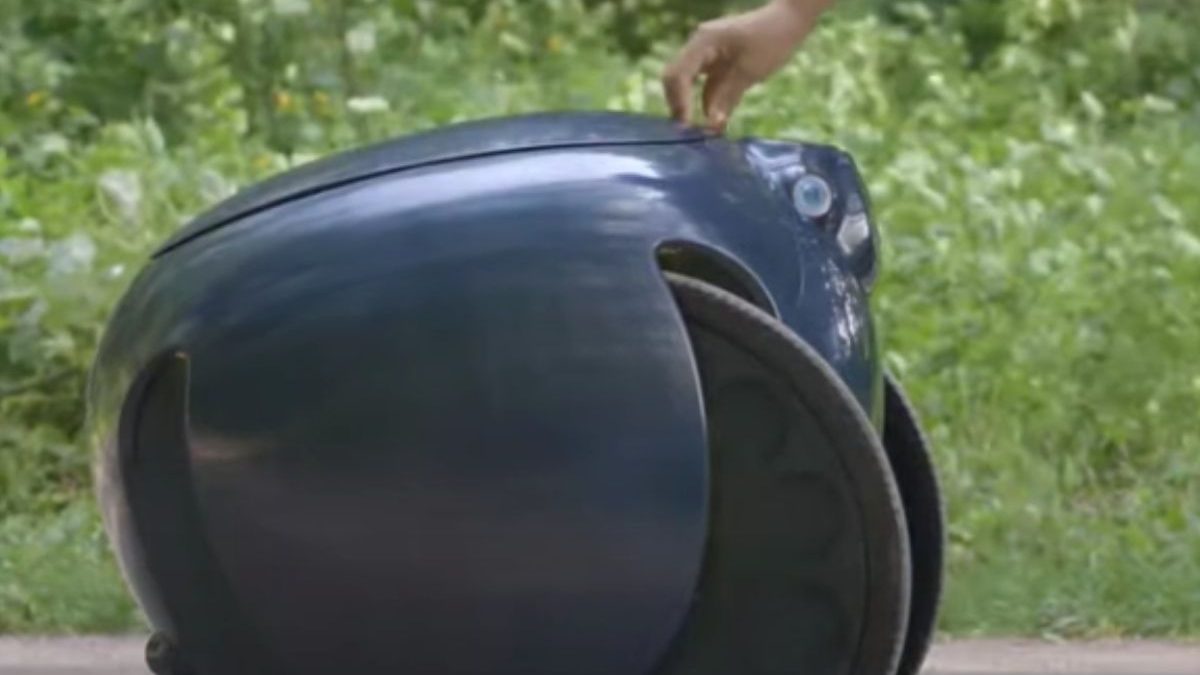