Sydney is the most populous city in Australia with over 5 million inhabitants. However, it is also a sprawling city, extending over a rather large area of 12,367.7 square kilometers (or 4,775.2 mi2). These conditions (large population + long distances) combined with a varied topography, make it both difficult and expensive to develop a viable public transportation system. Sydney Metro is Australia’s biggest public transport project. Services started in May 2019 in the city’s northwest with a train every four minutes during peak transit times. Metro rail will be extended into the Sydney Central Business District (Sydney CBD) and beyond to Bankstown in 2024. There will be new CBD metro railway stations at Martin Place, Pitt Street, and Barangaroo as well as new metro platforms at Central. But that’s not all, the electric-powered system will help take cars off the streets and reduce the burden on the city’s existing transport network while cutting travel times for many commuters.
China’s railways expand

The first stretch of the new Metro North West Line began services in May 2019 in the city’s northwest between Rouse Hill and Chatswood. The project was delivered on time and like the other lines to come, it is a fully automated, driverless line.

In 2024, Sydney will have 31 metro railway stations and a 66-kilometer standalone metro railway system. There will be the capacity for a metro train every two minutes in each direction under the Sydney city center. The new lines will be completely segregated from the existing train and light rail lines to ensure interruption-free operations. And it will include many convenient connections to the existing bus, ferry, train, and light rail stations.

This major improvement in urban connectivity is not just convenient, it will also help encourage investment in the area, boost economic activity, and spur jobs growth while reducing reliance on fossil fuel-based automobiles. 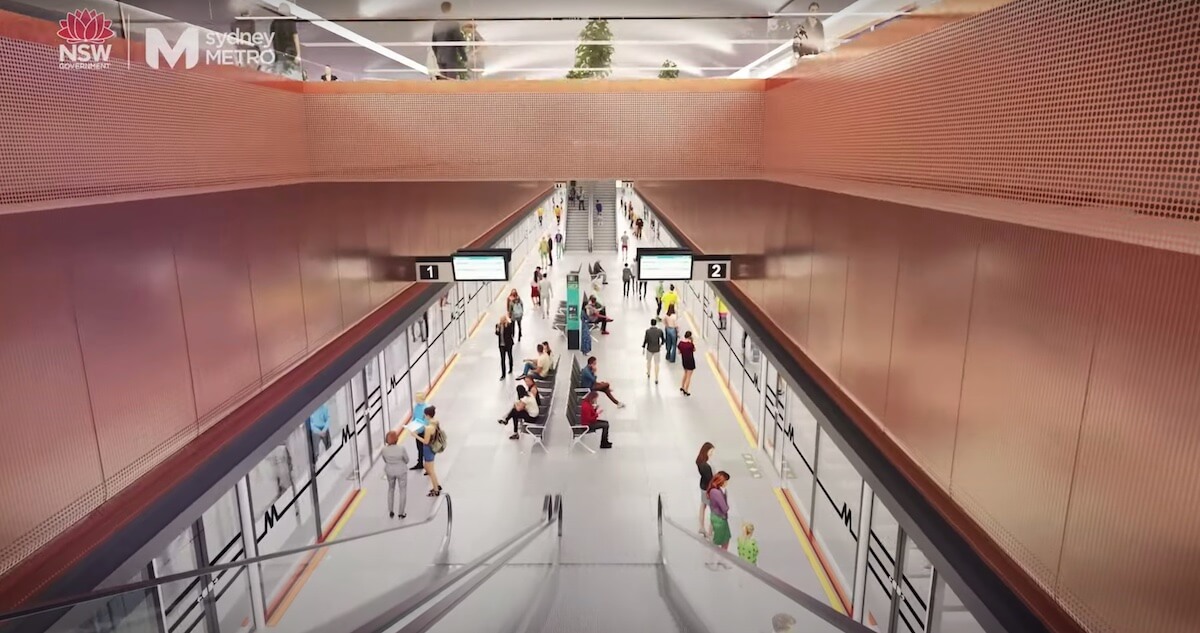 Many projects in one

The project to create Australia’s first fully automated railway is full of impressive technical challenges: bridge construction, extensive tunneling, and the integration of an underground metro station below the city’s Central Station without interrupting operations – as it moves over 250,000 visitors per day.

To keep everyone safe, all the metro stations will feature so-called automatic “platform screen doors” or double doors along the sides of the platforms to block access to the open tracks. As mentioned, the tunnels and stations will offer a train every four minutes during peak hours, with the capacity for a train every two minutes in each direction under the Sydney city center – making it superbly future-ready. The driverless trains offer LED lighting, emergency intercoms, CCTV cameras, and provide passengers with real-time travel information. 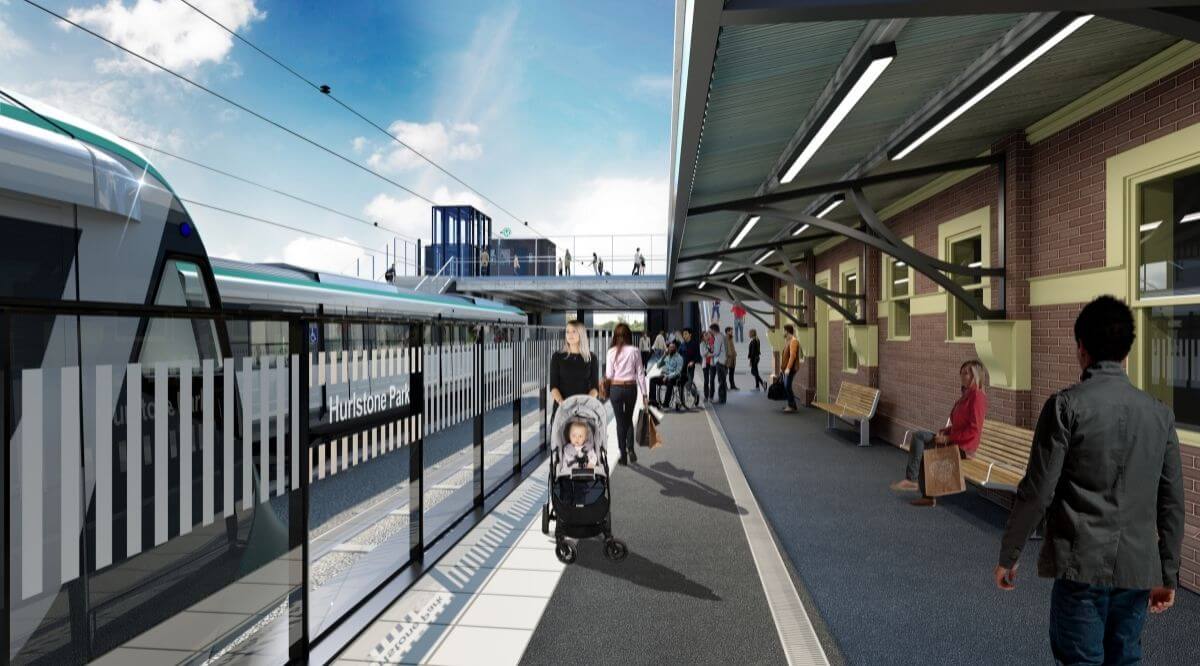 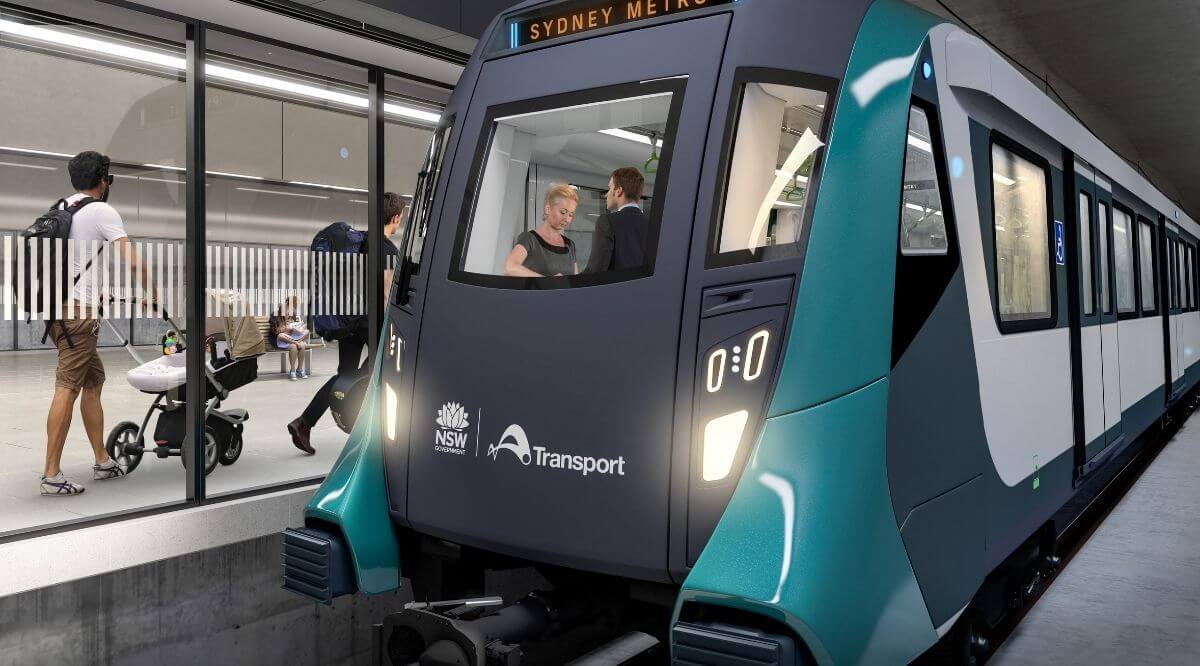 The overall project is composed of multiple groundbreaking sub-projects, such as the construction of tunnels that are impressive in their own right. One cutting-edge sub-project is the construction of the Sydney Metro Bridge – a 270-meter cable-stayed railway bridge, Australia’s first cable-stayed bridge to be built in a curved shape. It was named Project of the Year and Global Best Project for the railway sector by the US-based Engineering News-Record. The award-winning bridge has taken community feedback into account by ensuring that it will not interfere with or prevent future upgrades to a major road intersection below it.

Kathleen, Nancy, Mum Shirl, Wendy, and Mabel are the five tunnel-boring machines responsible for building 31 kilometers of tunnels between Marrickville and Chatswood on the Sydney Metro City & Southwest project. Underground construction workers typically name tunnel boring machines after women in honor of Saint Barbara, the patron saint of mine workers. 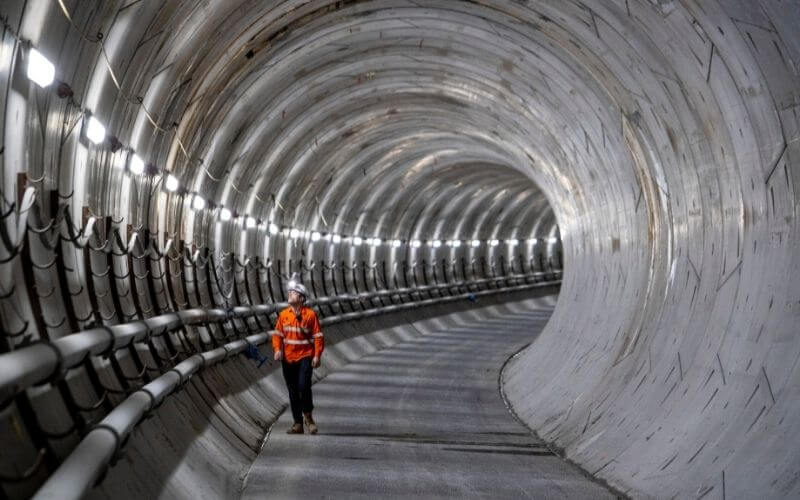 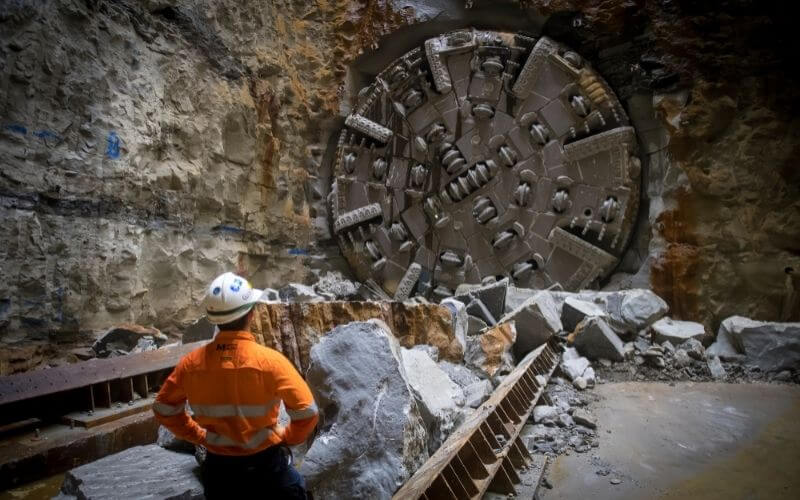 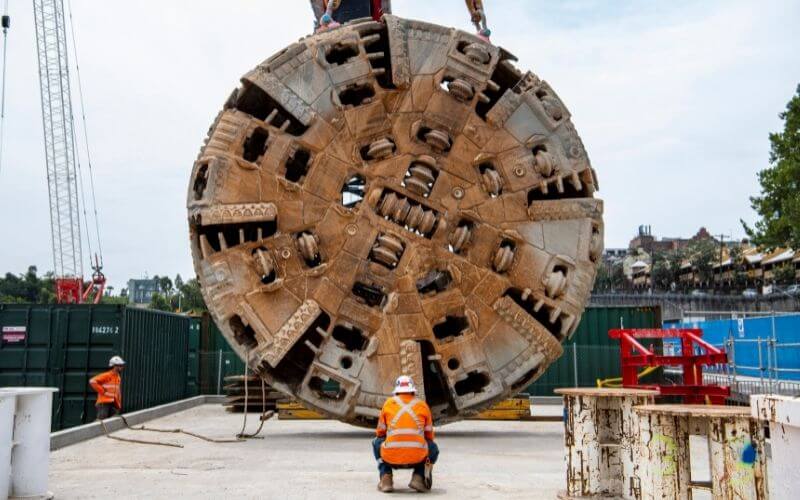 The five tunnel boring machines are:

The twin tunnels for the metro reach depths of up to 40 meters and stretch for over 15 kilometers from Chatswood to Marrickville – passing below the bustling city and Sydney Harbour in the process. The tunnel boring machines dig through the earth and even install pre-fabricated tunnel walls, leaving behind a completed tunnel as they dig their way forward.

Sydney Metro is determined to ensure accessibility for all with 100% wheelchair-accessible stations and trains. To help ensure this, Sydney Metro selected mobility solutions from TK Elevator for the second stage of the project: Sydney Metro City & Southwest. To learn more about this, URBAN HUB spoke with Mark Crick, Sales Manager at TK Elevator:

Why do you think TK Elevator was chosen for this project?

The Sydney Metro City & Southwest project involved the design, manufacture, installation, and maintenance of 203 units, which can be broken down into 131 escalators and 72 lifts.

I believe TK Elevator Australia was selected for this project, because, when we received the tender documents, we extensively reviewed everything available and ensured that we met or exceeded every demand within the tender. This gave us a great foundation to build upon in the post-tender interviews, as we listened carefully to the client’s needs and provided the best solutions to meet the proposed demand with our extensive product portfolio. After the contract was awarded, a post-tender interview with the customer revealed that they believed TK Elevator and our product offered the best value for money and we addressed their needs perfectly in terms of product reliability and conformance. 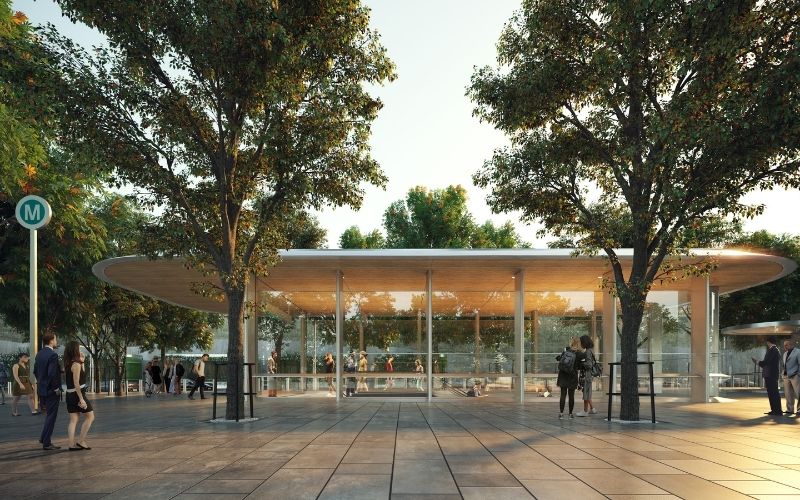 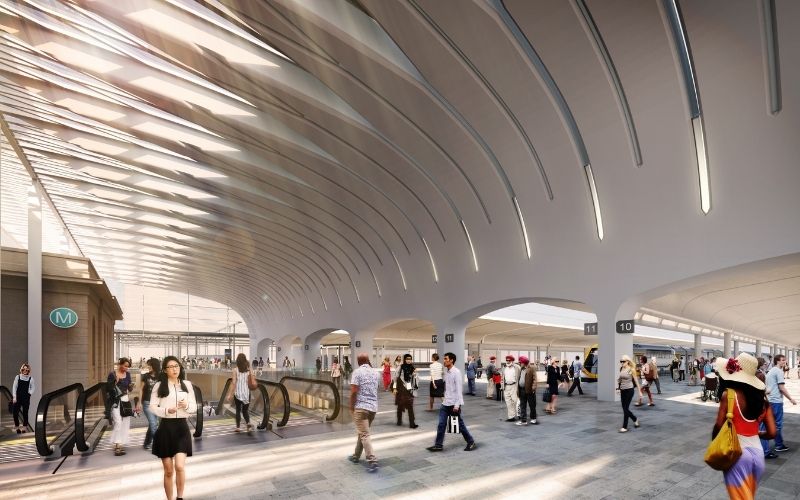 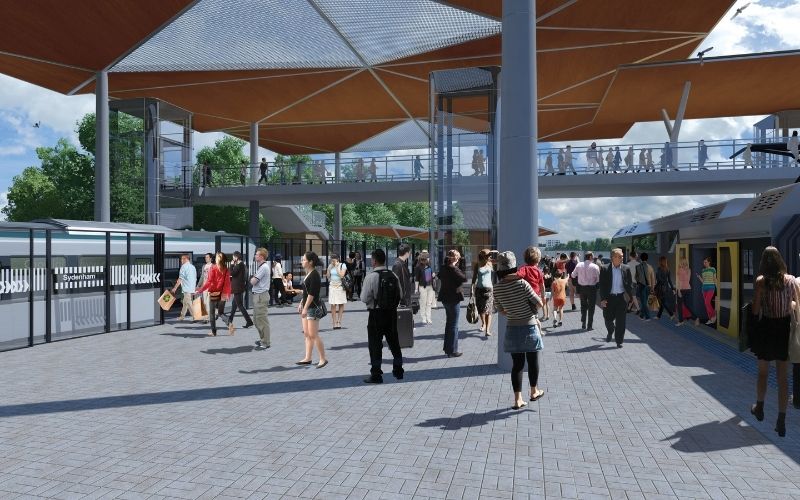 Can you offer some details about the elevators and escalators used?

We selected the victoria escalators for this project as they are specifically designed for transport applications with exceptionally heavy-duty load conditions. That makes them perfect for Sydney Metro due to their robust nature and life cycle. For the elevators, we offered our German-engineered evolution flexible MRL elevators which are extremely robust and have highly customizable features, both of which greatly appealed to Sydney Metro.

How do the units support a move towards greater sustainability?

For Sydney Metro, the victoria escalators that were selected put energy efficiency into operational practice to lower the carbon footprint of buildings and metro stations. This is achieved by utilizing state-of-the-art LED lighting and having different operation modes available. 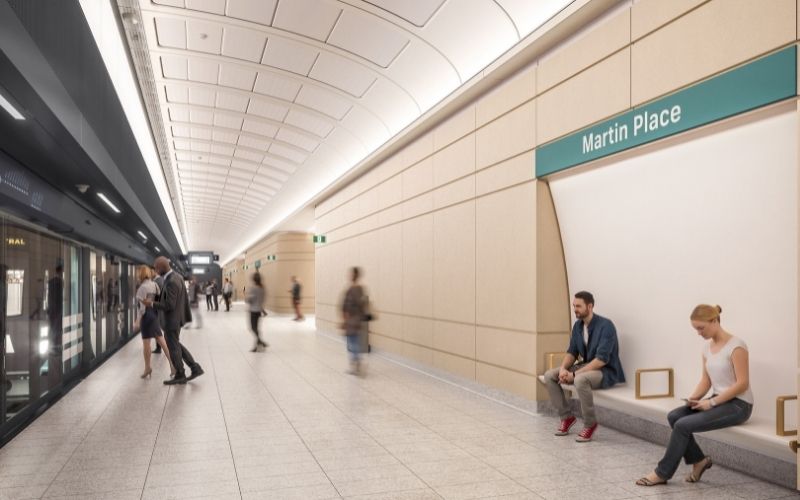 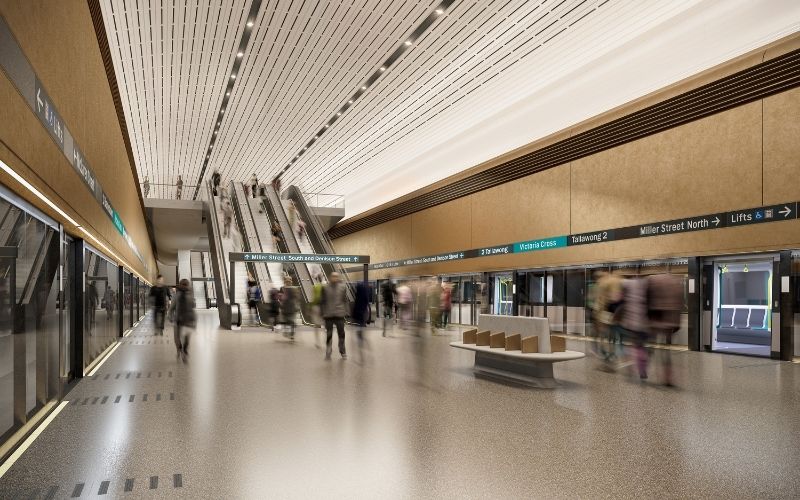 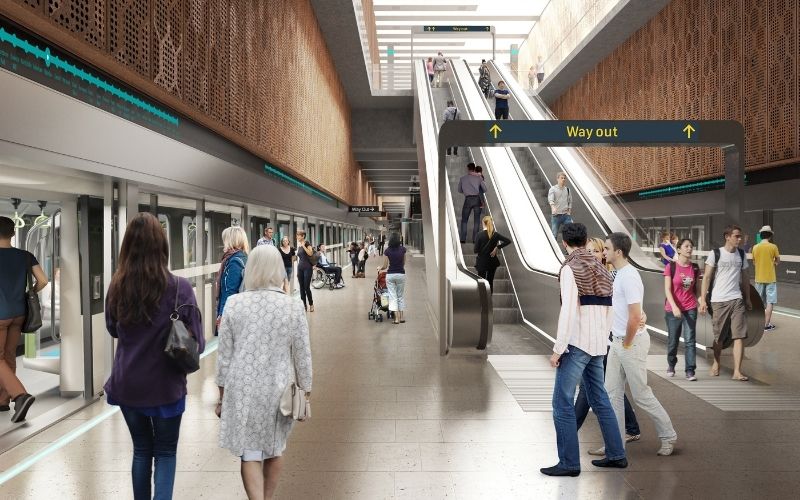 How do these solutions contribute to efficient mobility, safety, and passenger comfort?

Sydney Metro is Australia’s biggest public transport project. Six new stations are being built and 11 existing stations are being upgraded to metro standards as part of the Sydney Metro City & Southwest project. All these stations will be supplied with reliable and efficient TKE equipment. Therefore, we feel that we are certainly contributing to effective urban mobility.

Safety is always the top priority. Our victoria escalators, for example, have numerous safety features that mitigate the risk of incidents and injuries, which is essential for metro stations. We also offered fall protection on the escalators which will be installed parallel to the balustrades to further reduce the risk of passengers climbing over the side of an escalator.

Has TK Elevator been involved with earlier phases of the Sydney Metro project? Is there more to come?

TK Elevator was not involved in the previous projects with Sydney Metro but has certainly developed a great relationship since our partnership has begun. The Sydney Metro project is due to expand again in the coming years with the new Western Sydney Airport and West lines, so we certainly hope to be involved with future phases of this prestigious project.

Both elevators and escalators play essential roles in public transport systems. Without them, many passengers would be unwilling or unable to access underground or overground stations, which would, in turn, mean more cars on the roads.

Escalators are essential for moving large numbers of people while elevators help those who can’t ride the escalators, such as parents with baby carriages or people with disabilities. All this makes it even more essential to rely on robust vertical transportation solutions, like the victoria escalators that can be depended on for high-traffic situations. 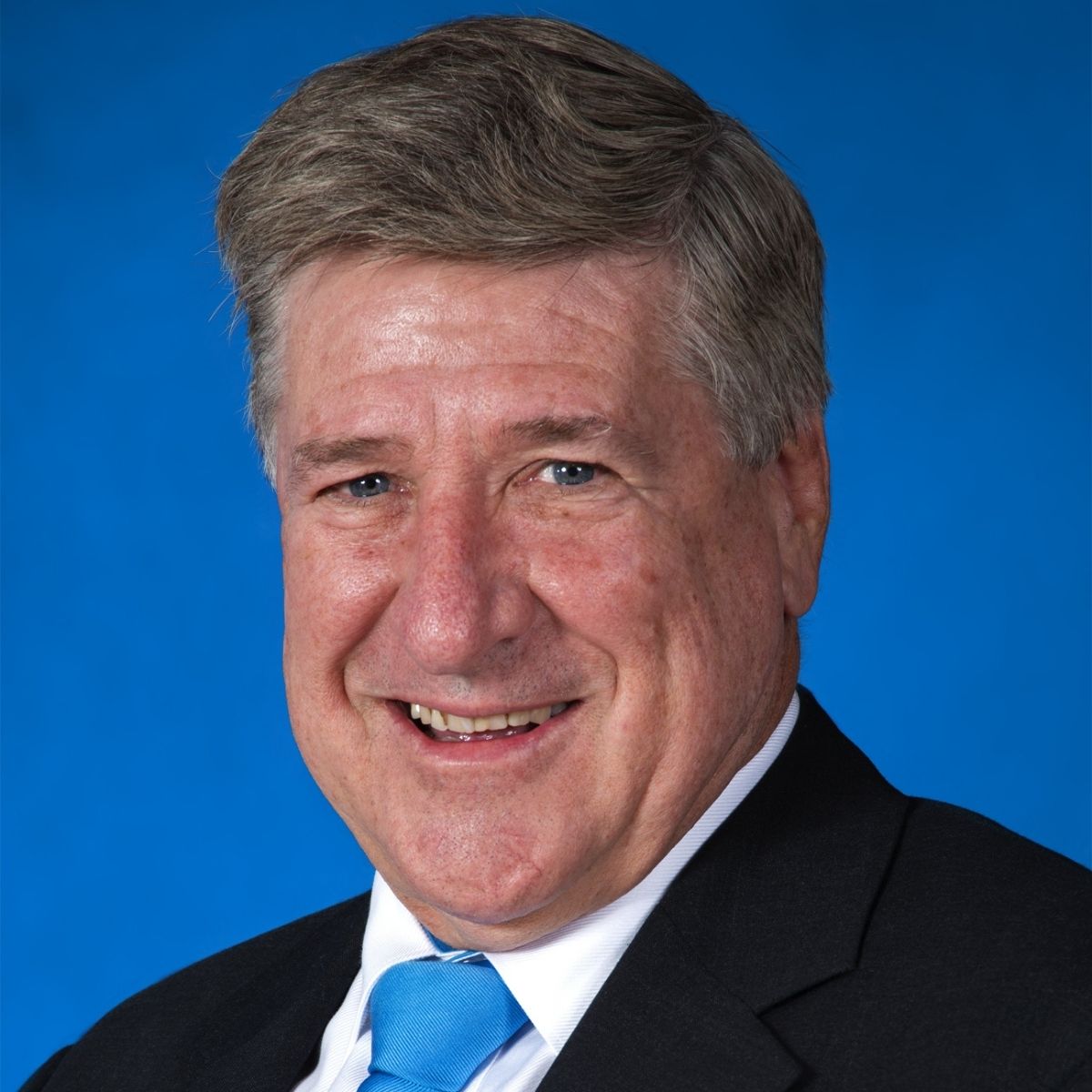 “Safety is always the top priority and, for this project, we made sure that we put safety first.”
Mark Crick, Sales Manager, TK Elevator

All photos provided by Sydney Metro

Sydney Metro: West Update May 2021, video by Transport For NSW, taken from YouTube

Sydney Metro: A day in the life of a tunnelling segment, video by Transport For NSW, taken from YouTube