Smart mobility for a smart city: Line 9 connects Barcelona with its future

Once completed, Line 9 of Metro Barcelona will run for 47.8 km, making it the longest underground metro in Europe. Automated, driverless trains, and smart mobility and control solutions will speed passengers to their destinations and provide seamless connections with long-distance train stations, the airport, and a wealth of other transportation options. Line 9 is just the latest in a multitude of initiatives that have together transformed Barcelona into one of the world’s premier smart cities. Pursuing that path – like building the new subway line – was not always easy. So, what’s the secret to Barcelona’s success?
Moving walkways in cities

Line 9 presents a microcosm of how Barcelona has transformed itself from a struggling metropolis in the 1980s into a world-class smart city today. It also shows how companies like thyssenkrupp Elevator use a similar approach to provide smart mobility solutions to cities around the world.

The basic components of this approach are simple. First, recognize and accept the challenges specific to the goals. Second, use the resources available to flexibly adapt the plan to fit those goals. And third, never lose sight of the needs of the real people who will be affected by every decision that is made. 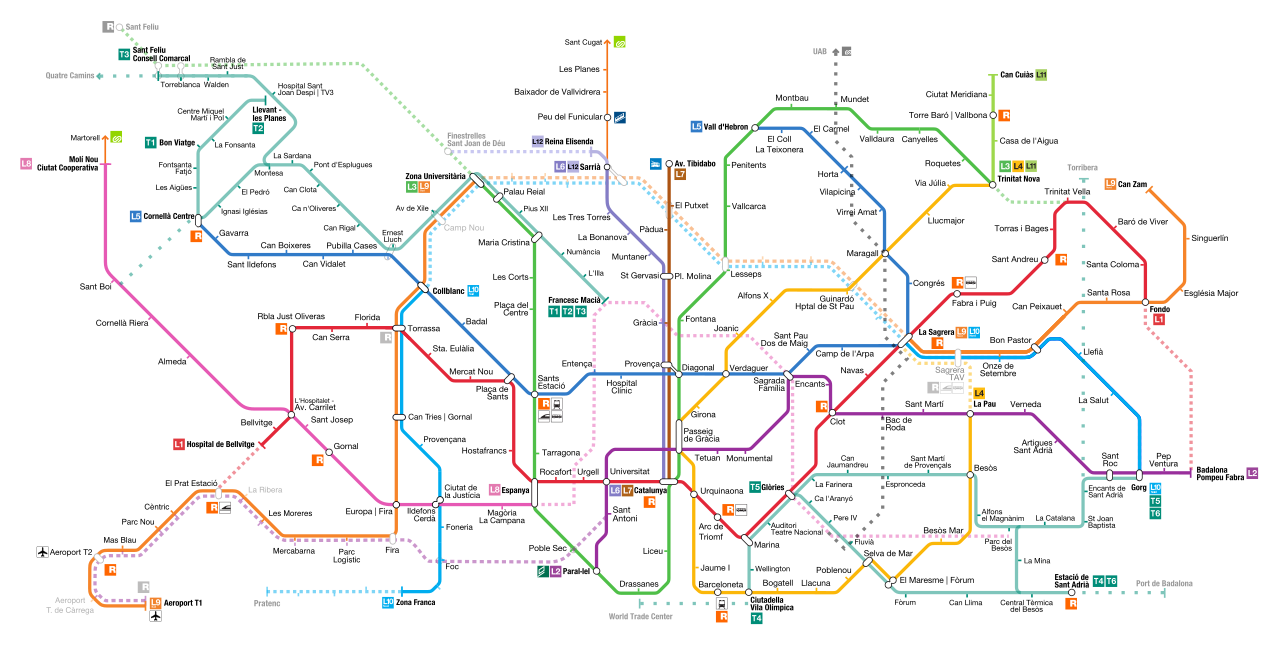 In the transformation of Barcelona, the goal was to improve the city’s quality of life for residents and visitors by a massive investment in the knowledge economy, top architecture, sustainability, and human-centered development. Implicitly, this meant creating a world-class public transit system. Good circulation and connections are the hallmarks of every healthy city.

Line 9 of the Barcelona Metro is the latest and most advanced part of Barcelona’s push for greater public mobility. It is designed to link together the greatest possible number of already existing public transportation options, and maximize the network effects of the entire metro system. Its 52 stations will allow roughly 350,000 people per day (130 million passengers per year) to more easily and quickly reach their destinations, whether for work, play, or further travel. 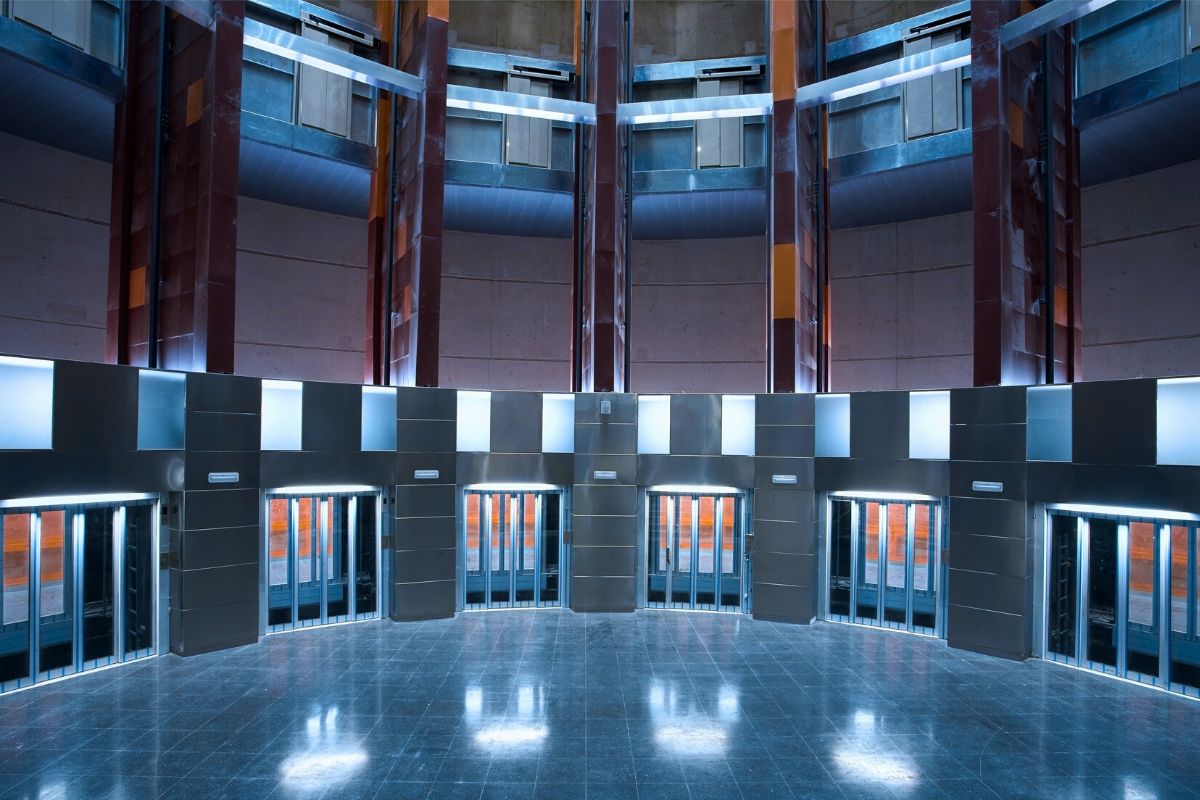 “The (Singuerlín station) assembly has involved the installation of 1,600 m and 30,000 kg of weight only for the guides, one of the elevator components. This is like covering a soccer field 16 times with train rails that weigh more than 4 urban buses.”
Carmen Ginard Anton, Director of Special Projects in Catalonia

Because of the many demands placed on Line 9 – the longest underground line in Europe – there were some tricky technical challenges to overcome. For instance, the goal of physically linking up Line 9 with other existing lines and transport hubs meant both digging deep and building at depths that varied from 30 to 90 meters.

Stations were therefore modularly designed in the form of a large cylindrical shaft, with an upper hall and a lower hall connected by means of large-capacity elevators and escalators. Platforms are located within the tunnel section and the trains run on two overlapping levels.

For example, located at a depth of 60 meters, Singuerlín station relies on elevators as the only transport system between the surface and the platform. To meet commuter demands, thyssenkrupp Elevator installed a set of six rugged, high-capacity elevators capable of moving 40 people at 7 km/h (2m/s). In the complex environment of panoramic shafts and other contractors working in parallel on the same project, the company was able to assemble and install the heavy system according to plan and with zero injuries. 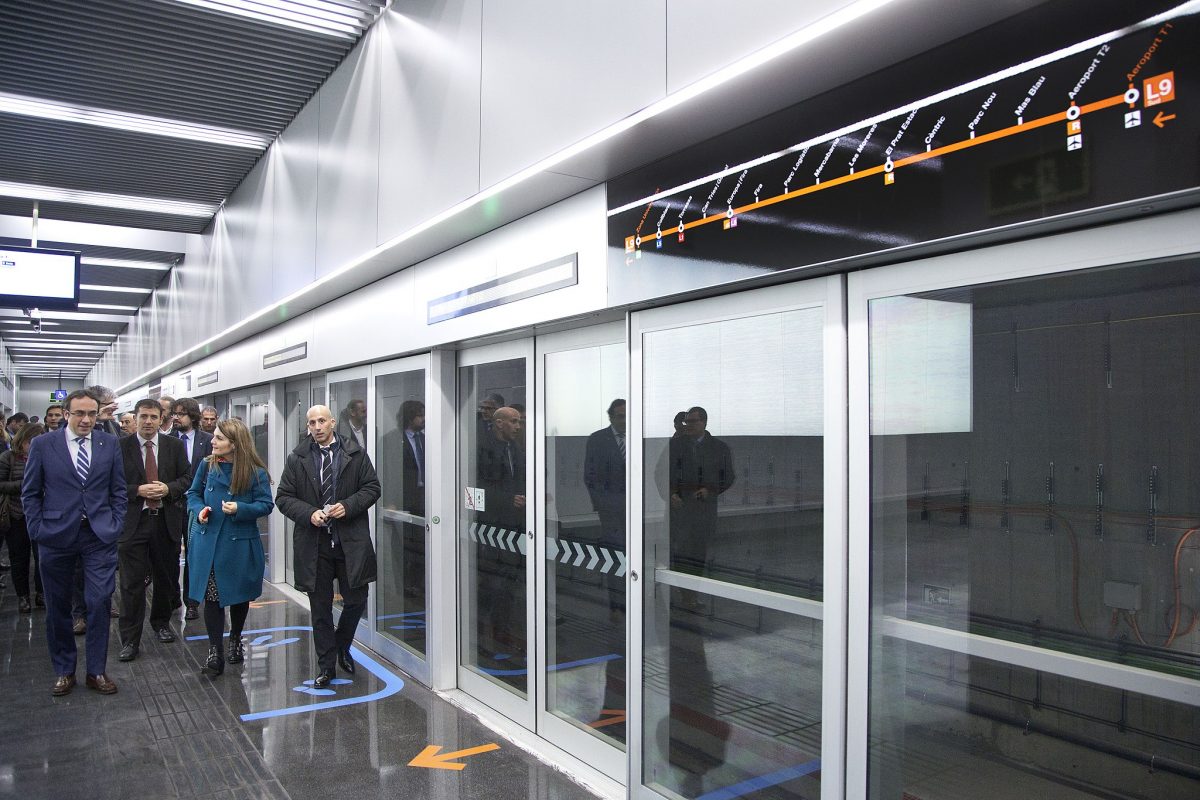 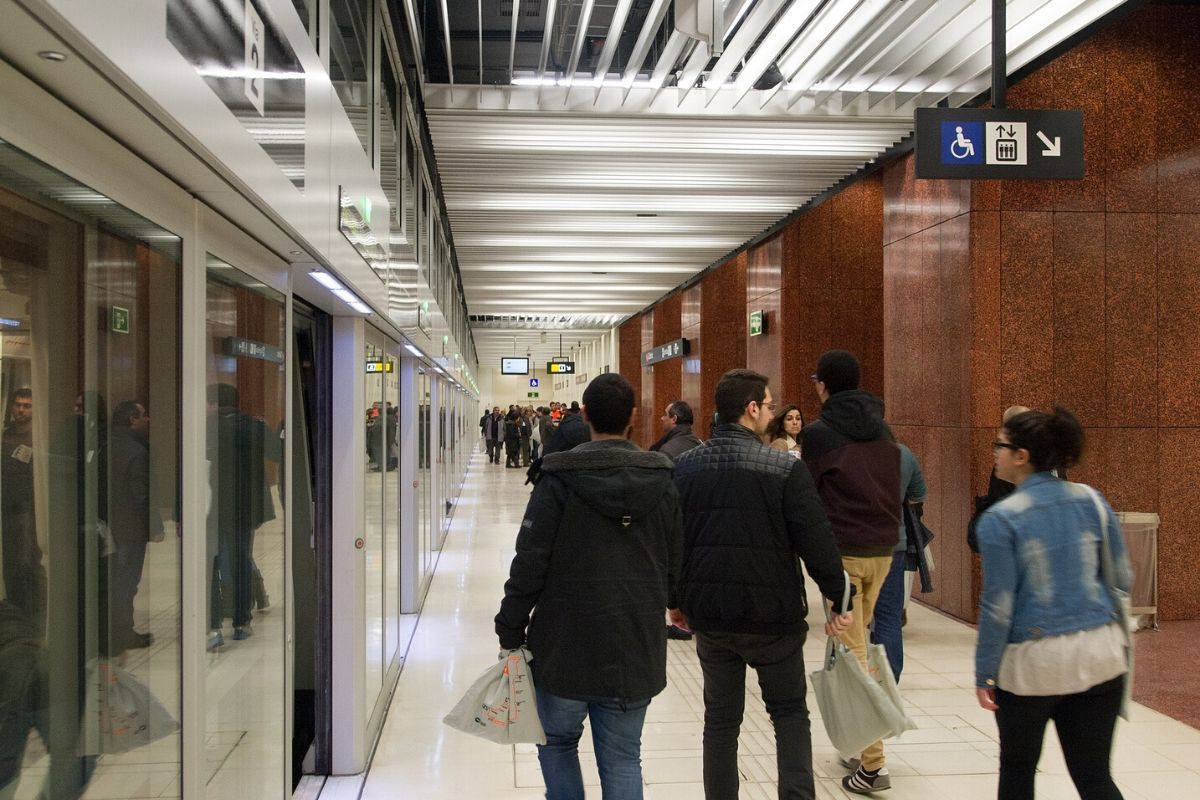 In Barcelona, even the elevators are smart

The fast, durable, and high-capacity elevators on Line 9 not only support smart city Barcelona; they are also smart themselves. These elevators have an innovative Smart Control System (SCS), based on artificial intelligence that optimizes performance.

Each set of elevators functions as an intelligent system that learns how many passengers are expected at each station at street level or at platform level, depending on the time of day and time of year. With SCS, the system can adapt to the flow of passengers in real-time.

Elevators autonomously and independently maximize capacity and the flow of passengers by the sensitive synchronization of elevator availability. For example, the weight of the passengers on board a cabin is electronically measured, and the system is able to use this information to fine-tune boarding and disembarkation by an optimal opening of cabin doors.

In addition to reducing passenger travel times, SCS also assists in lifecycle performance optimization and sustainability by balancing the workload among the elevators and placing unneeded cabs into energy-saving standby mode. 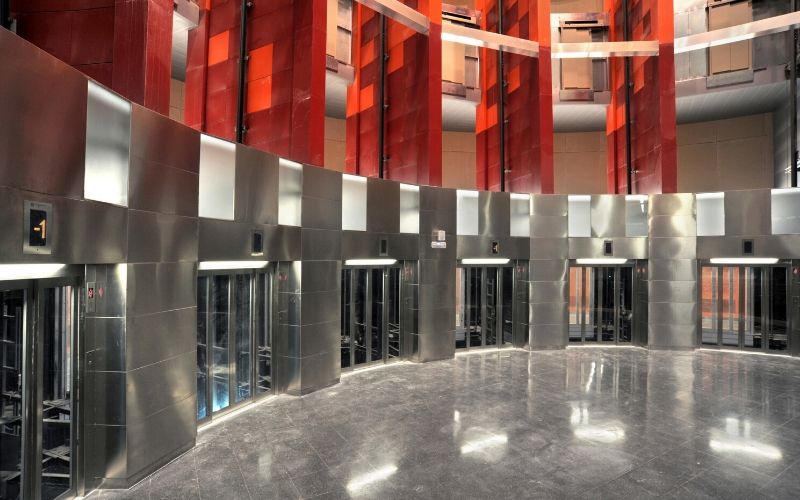 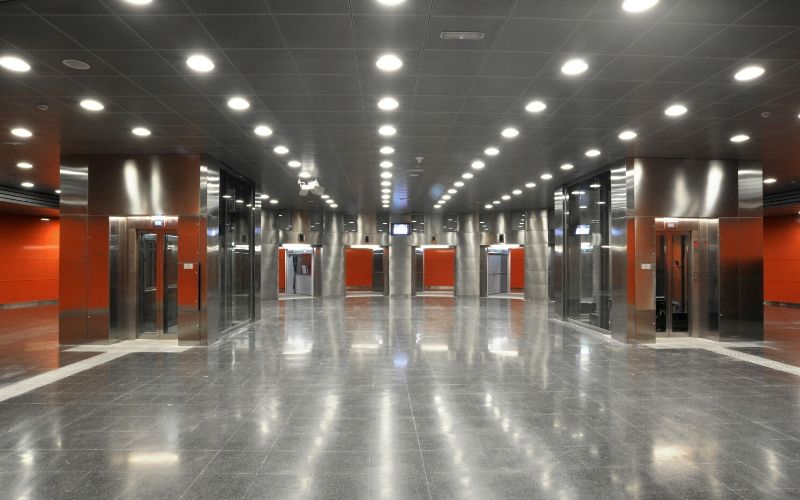 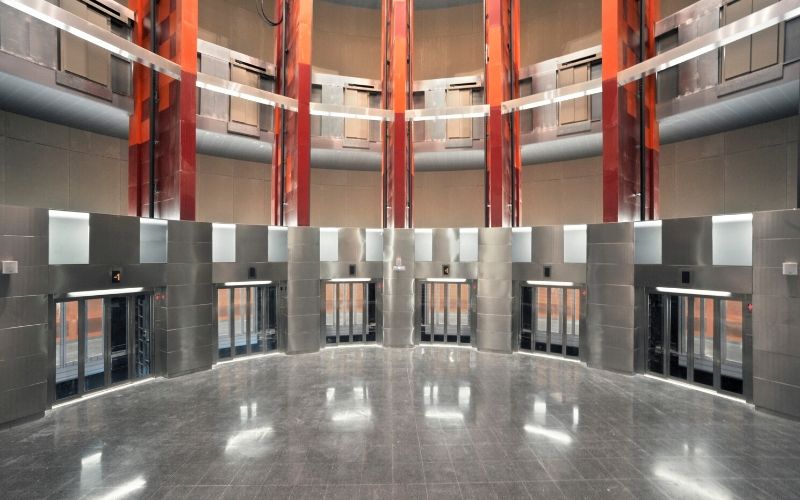 “The Smart Elevator System (at Line 9’s Singuerlin station) is connected to the metro line, which confirms the arrival and departure time of each train and optimizes system operations based on the peak hours, the number of passengers, and the traffic of the metro line.”
Javier Sesma, General Manager, thyssenkrupp Elevator Innovation Center

Today, the first section of Line 9 is already in operation. When construction is finished, the new line will incorporate almost 300 elevators from thyssenkrupp Elevator. The company is also providing more than 360 escalators, including nearly 60 outdoor units installed to link the street with the subway.

Many of these outdoor units also required clever, customized thinking because of the existing geography and the architectural barriers of high-density Barcelona. In cases where even escalators were impractical, inclined elevators are used instead. Again, there were challenges and they were overcome.

Smart monitors on these units also assist in connecting commuters safely and seamlessly and supporting the beating heart of the community at the center of this smart city. With Line 9, both Barcelona and thyssenkrupp Elevator again show that, for every urban challenge, there is a smart solution. 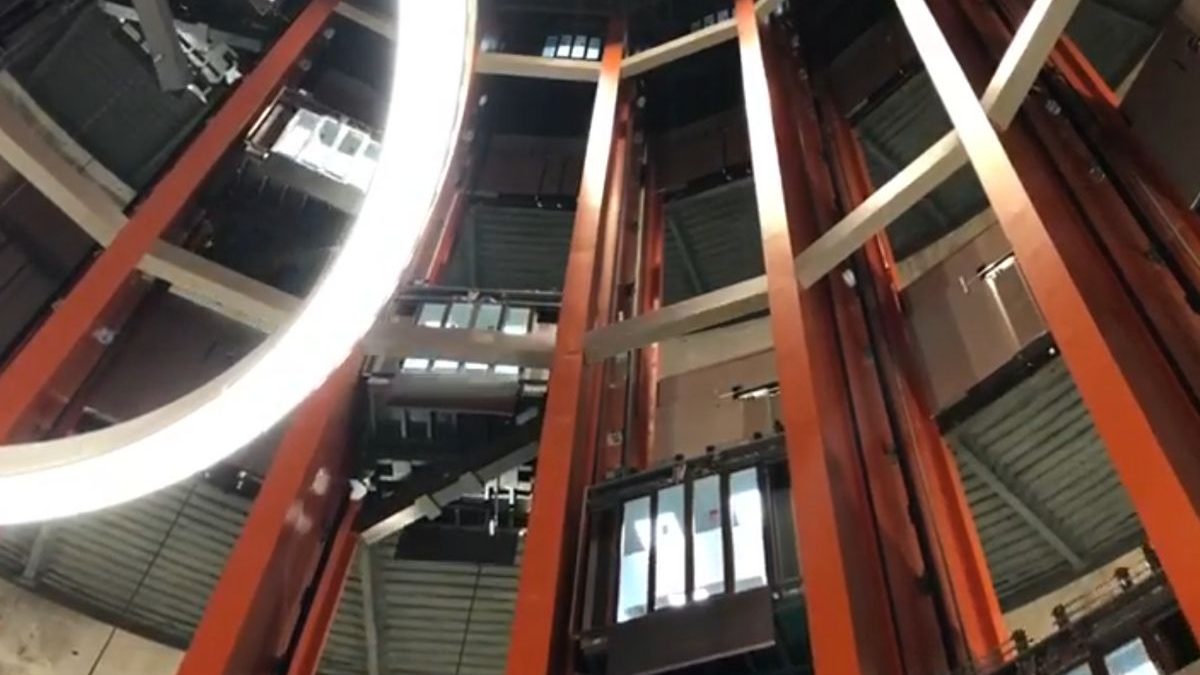