Skybridges have existed for years, but have recently moved well beyond simple architectural novelties. Now they’re widely seen as part of a new revolution in urban connectivity. That’s because new thinking and new technologies dramatically expand their potential – making them multi-functional architectural tools that promise exciting design opportunities. They may soon become expected and indispensable features of any new building. The Skybridges Symposium explores the possibilities on Oct. 21–22 in Dubai, as part of CTBUH’s 2018 Polycentric Cities Conference.
Mega events reboot mobility

Why have skybridges become such a hot topic?

The current excitement about skybridges, also called skyways or skywalks, is not focused on quaint constructions like the Bridge of Sighs in Venice or low-elevation structures like the otherwise impressive Minneapolis skyway system. Today, it is high-elevation skybridges that are creating the buzz.

Part of the reason is that skybridges can now be used in ways previously unimaginable. Basically, improved building-to-building interconnectivity offers something for everyone. And, as a result, the future of urban design is changing. Cities can now densify not only vertically, but horizontally and diagonally as well. The high-profile Skybridges Symposium taking place in Dubai is a timely opportunity to assess the skybridge state of the art.

Urban real estate is expensive. Skyscrapers make efficient use of costly land by building up high-rise offices and homes. Skybridges also ingeniously transform empty spaces into human places. Owners and developers see the economic advantage of building out into the unutilized aerial area between their buildings.

Skybridges also allow designers to provide additional amenities, services or venues for residents, tenants, tourists and other visitors. For example, the skybridge at the Marina Bay Sands resort in Singapore has a 340-meter-long SkyPark with a capacity of nearly 4,000 people. 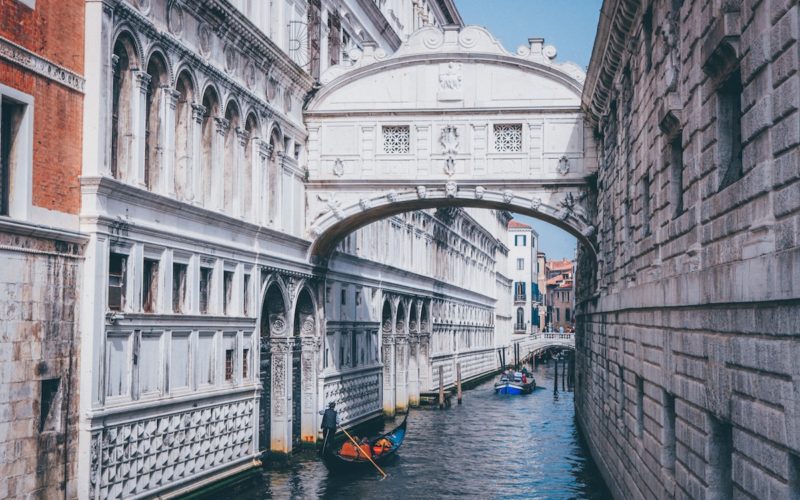 Bridge of Sighs in Venice 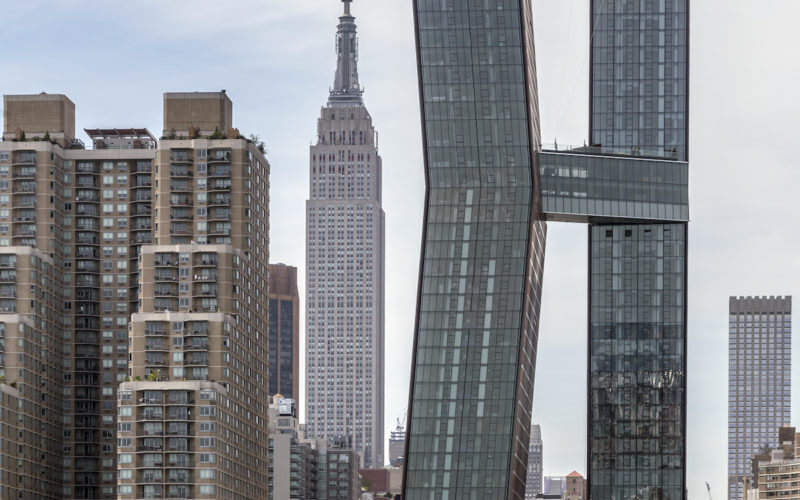 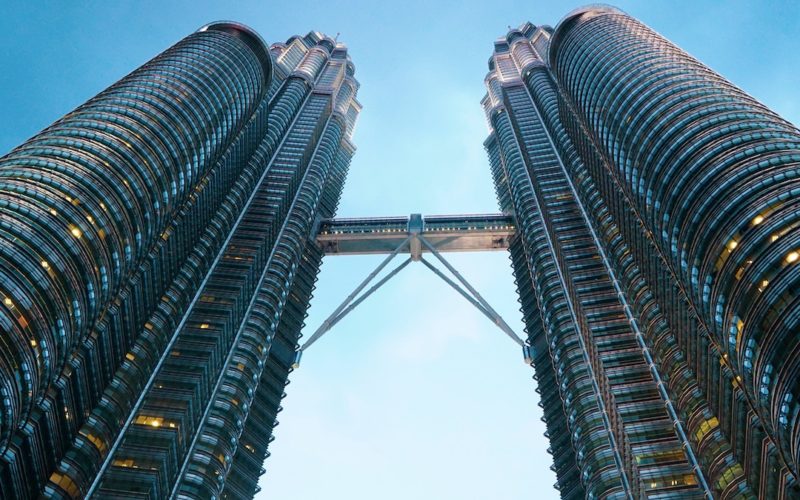 The multi-level skybridge of the future also enables connectivity and integration of technical systems across multiple buildings, including utilities and mechanical systems. The skybridge at the American Copper Buildings in New York City allows two towers to be supplied through a single system.

In emergencies, skybridges offer fail-safe technical system redundancies. They also offer additional escape routes, enabling easy horizontal evacuation at height from one tower to another. For instance, the skybridge at Petronas Towers in Kuala Lumpur was specifically designed to fulfil this function.

Economic benefits, more efficient building management systems, and additional amenities such as a basketball court are some of the advantages offered by skybridges. But the benefit that is causing the most excitement among designers, planners and urban visionaries is in the field of mobility.

At its most basic, the idea is that a person can easily walk from the upper floor of one building to that of another. That saves time. In a related scenario, multiple interconnected towers could be similarly accessed. A person might have horizontal access to several buildings through an elevated system of interlinked skybridges.

If you then take that basic idea and mechanize it, you’ve caught up with where technology is today. With the MULTI elevator system, a person can theoretically enter an elevator cabin on the ground floor of one building (or even at a distant subway station), and exit on the 57th floor of another building. That’s pretty remarkable! 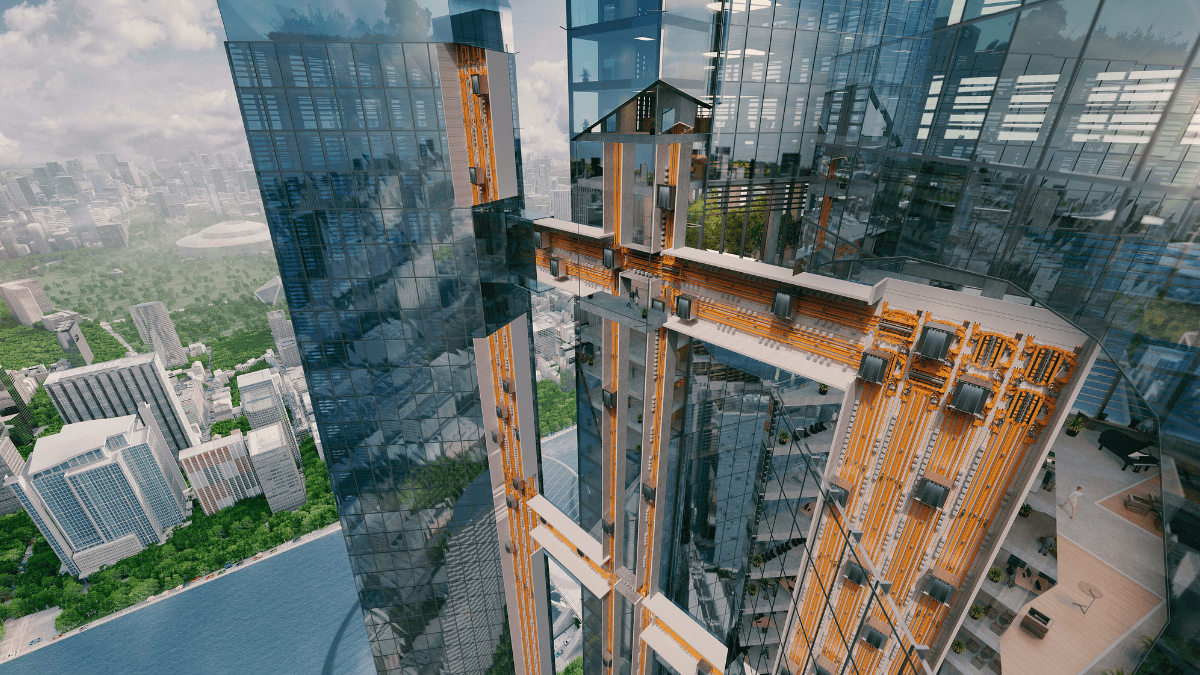 This video illustrates how the rope-less MULTI elevator system enables multiple cars to use the same shaft, and allows them to seamlessly change from vertical to horizontal travel – and back again. Perfect for skybridges!

The skybridge provides the connection between the buildings. But it is the futuristic technology of MULTI that enables the elevator cab to vertically ascend in one building, horizontally move to another, and then ascend or descend there to the desired floor.

Unique, new structures like the Dubai Frame show where that may lead us. High-rise cities will no longer be composed of a series of majestically isolated monoliths, connected only at the ground level. Mesh or grid designs incorporating many towers are now possible, primarily because the tools are now available to connect buildings at multiple levels and to speed people to their destinations along those connections. 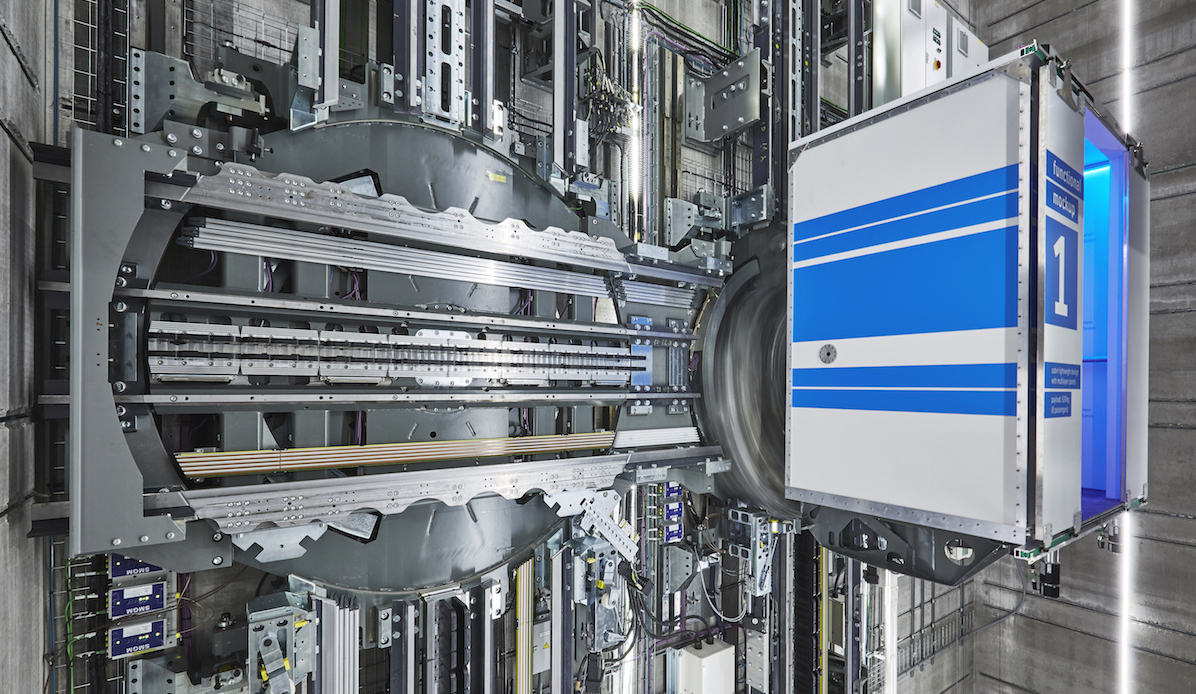 Because an essential function of skybridges is connectivity between buildings, they must be kept open and permeable to a constant flow of people. And these public or semi-public spaces at the heart of skybridges also provide a new location for human interaction.

That’s common enough at street level, in parks, street corners and squares. What is new and different is that this same community-building potential is now possible and easily accessible at high heights. That reduces isolation, and increases serendipity, what futurist Ben Hammersley calls “one of the great drivers of life, and personal and cultural progress.” As new centers of social activity, skybridges are increasingly seen as urban habitats in their own right. 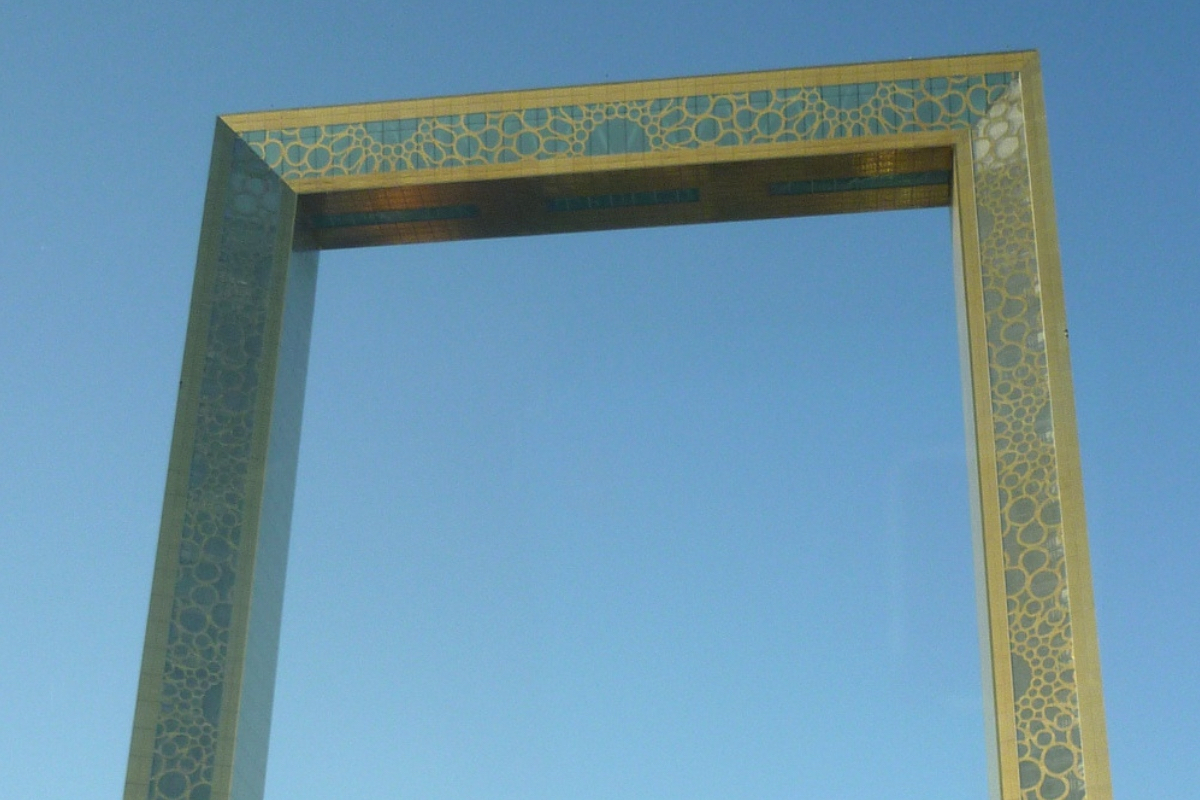 thyssenkrupp Elevator is sponsoring the Skybridges Symposium in conjunction with the CTBUH (Council on Tall Buildings and Urban Habitat) to explore the ways in which skybridges will change how we design, engineer, and operate not only interconnected tall buildings, but entire interconnected, multi-level cities. The skybridge is poised to radically alter the look and feel of our cities.