Construction in Moscow: an insider’s look at a city on the rise

Construction has been on the rise in Moscow since the turn of the 21st century. With 150+ buildings over 100 meters, much of that construction has been tall, providing a striking, modern contrast to the city’s traditional architectural highlights. Moscow is the only European city among the top 10 cities with the most buildings of 100 meters or higher. Below we look into some of the most interesting construction projects in the Russian capital and get some insight from a local expert who has been watching the construction boom since the beginning: Sergey Smirnov, Senior Sales Manager at thyssenkrupp Elevator in Moscow.
Urban projects in Chicago

Cities of the future
Previous article
Next article
Cities
Smart inside and out – In many ways, the smart city concept is simply good urban planning that incorporates both advances in digital technology and new thinking in the age-old city concepts of relationships, community, environmental sustainability, participatory democracy, good governance and transparency.
9405 views

Reasons for the recent rise in construction

With a continuously growing population (from 10 to 12 million since 2000), Russia’s only megacity needs more space not only for residents but also for businesses.

As a Senior Sales Manager at thyssenkrupp Elevator in Moscow, Sergey Smirnov has been involved with many tall building projects in the city. He provided some insight as to why construction is flourishing in Moscow: “Moscow is the richest region in Russia and the headquarters of some of Russia’s largest companies. Moscow is also one of the world’s wealthiest capitals. It ranks 3rd in the world in terms of the number of billionaires with a total of 71 billionaires living there according to Forbes.”

Smirnov points out that Moscow is also home to 5 million migrant workers. “Many of them have good salaries, meaning that more housing is being built in Moscow at the moment than during the Soviet Union. The demand from wealthy Russians and migrants is huge. 134 developers are working in Moscow right now. Currently, about 300 residential complexes of comfort class and higher are being built in 2020 and the apartments in them sell out very quickly. Almost 90% of developers are private companies and about 10% is government.” 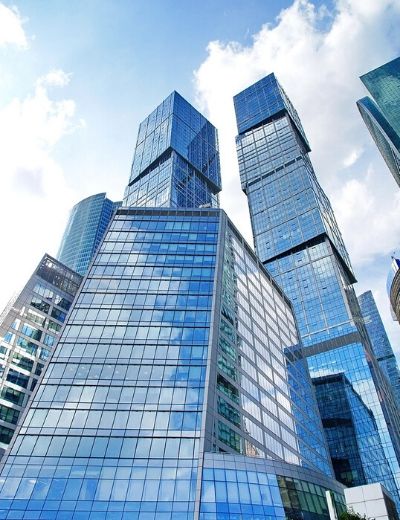 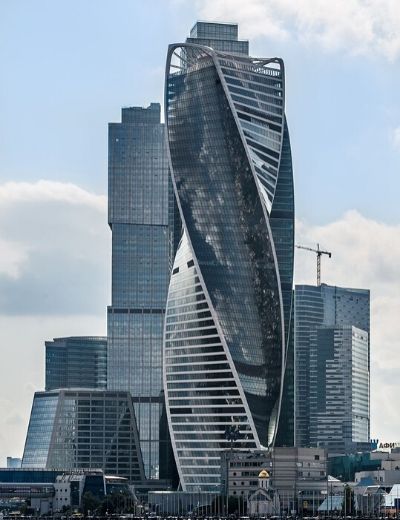 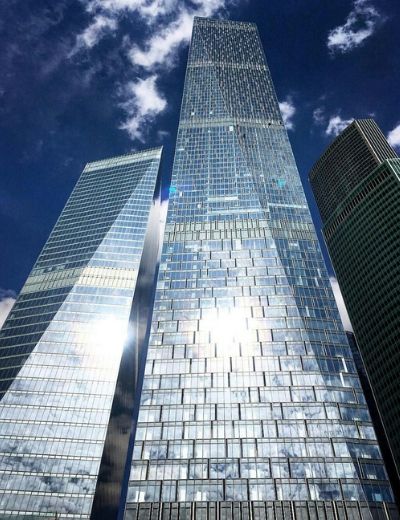 The skyline of Moscow is both modern and historic, making it incredibly striking. The city boasts seven of the ten tallest buildings in Europe as well as buildings that impress with their unique design, such as the twisting Evolution or the stacked-block appearance of the City of Capitals.

According to Smirnov, the city has retained its historic charm while offering something new: “The old districts in the city center retain their former style, while the new districts fit harmoniously into the architectural appearance of the city. I would define the style that the city aspires to as a mix of early 20th-century New York skyscrapers and mid-century Stalinist architecture.”

“I have lived in Moscow all my life. Having visited other cities in the world, I can say that Moscow is distinguished by its huge construction volumes. In other countries, you’ll find spots of construction, but in Moscow whole districts are being rebuilt.”
Sergey Smirnov, Senior Sales Manager, thyssenkrupp Elevator 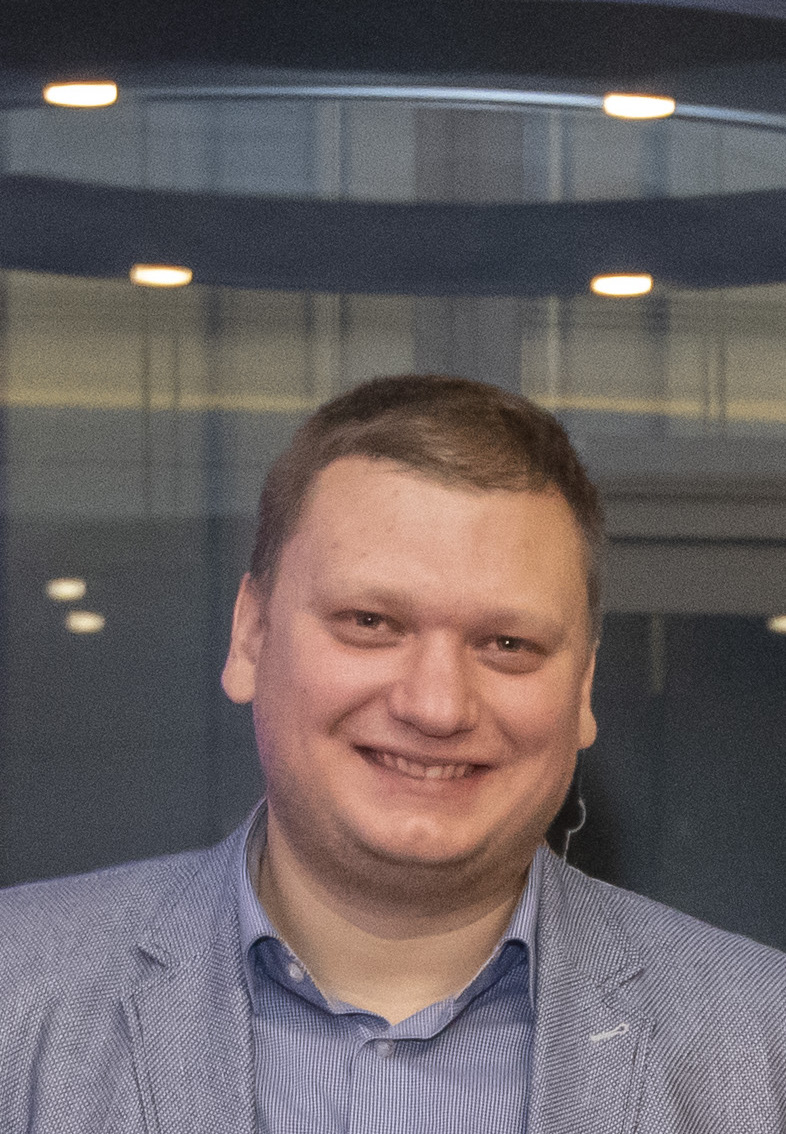 According to Sergey, tall building projects in Moscow are especially exciting, featuring “world-famous architects like Herzog and DeMeuron, Dyer, Adrian Smith, and more.”

“The construction boom started in 2000 when Putin became president of Russia. Many residential skyscrapers and business centers are being built, as well as the Moscow International Business Center (Moscow City). The construction of mixed-use buildings is now mainstream in Moscow.”

Furthermore, Sergey reports that Moscow is the city with the most TWIN elevators (i.e. two cabins per shaft) in the world. The so-called “evolution” elevators are also very widely used. The “evolution” elevators ensure maximum reliability by providing the smallest shaft space requirements, which are often the best choice for technically complex projects.

Making the most of your rental space while handling higher traffic volumes.

Standing 373.7 meters tall, the Federation Tower is the second tallest building in Europe and a landmark of Moscow. Federation Tower is a two-building, mixed-use complex in the new Moscow City financial district. It is the tallest high-rise building in the world to feature TWIN elevators, which help reduce the size of the building core and thereby create more useful space. The original design called for a spire to rise between the two buildings, which would have increased the complex’s height to 506 meters. 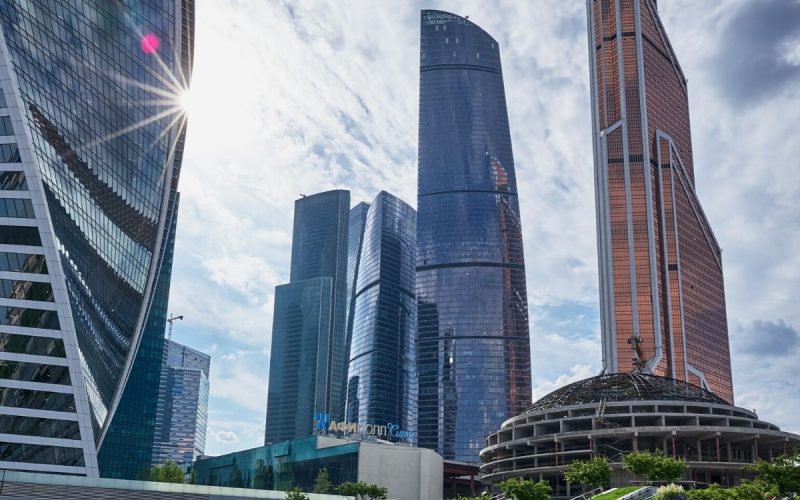 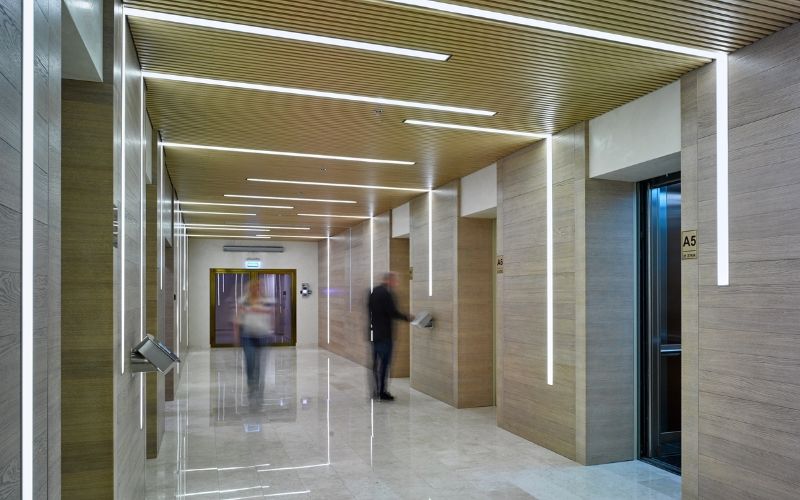 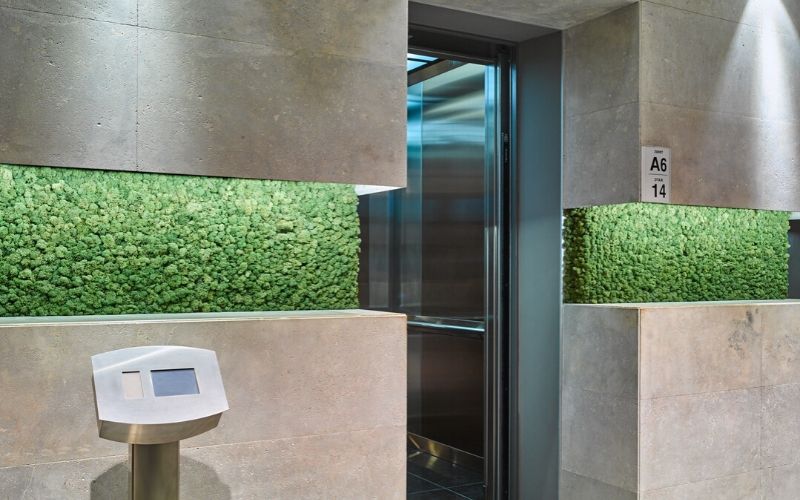 Once the tallest and now the fifth tallest building in Europe, Mercury City Tower (338 meters) stands out with its copper cladding and cutting angles. The original plans called for a mirror-like reflective cladding, but the developers later chose its distinctive copper color which makes it appear as if it’s reflecting an eternal sunset. 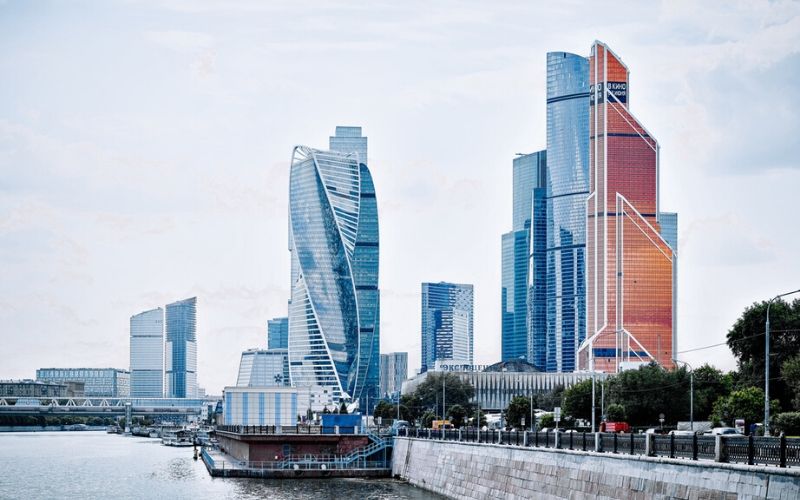 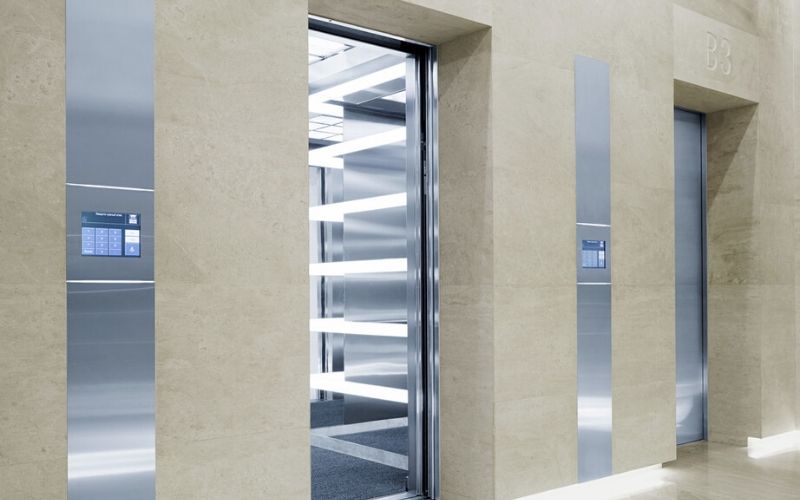 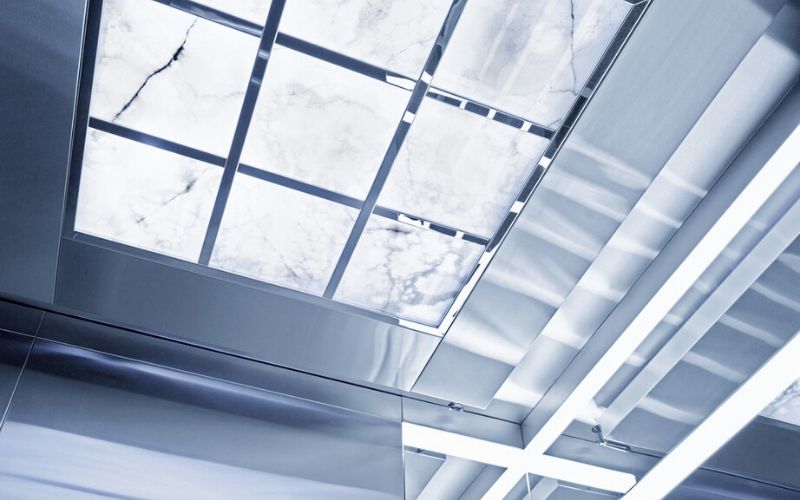 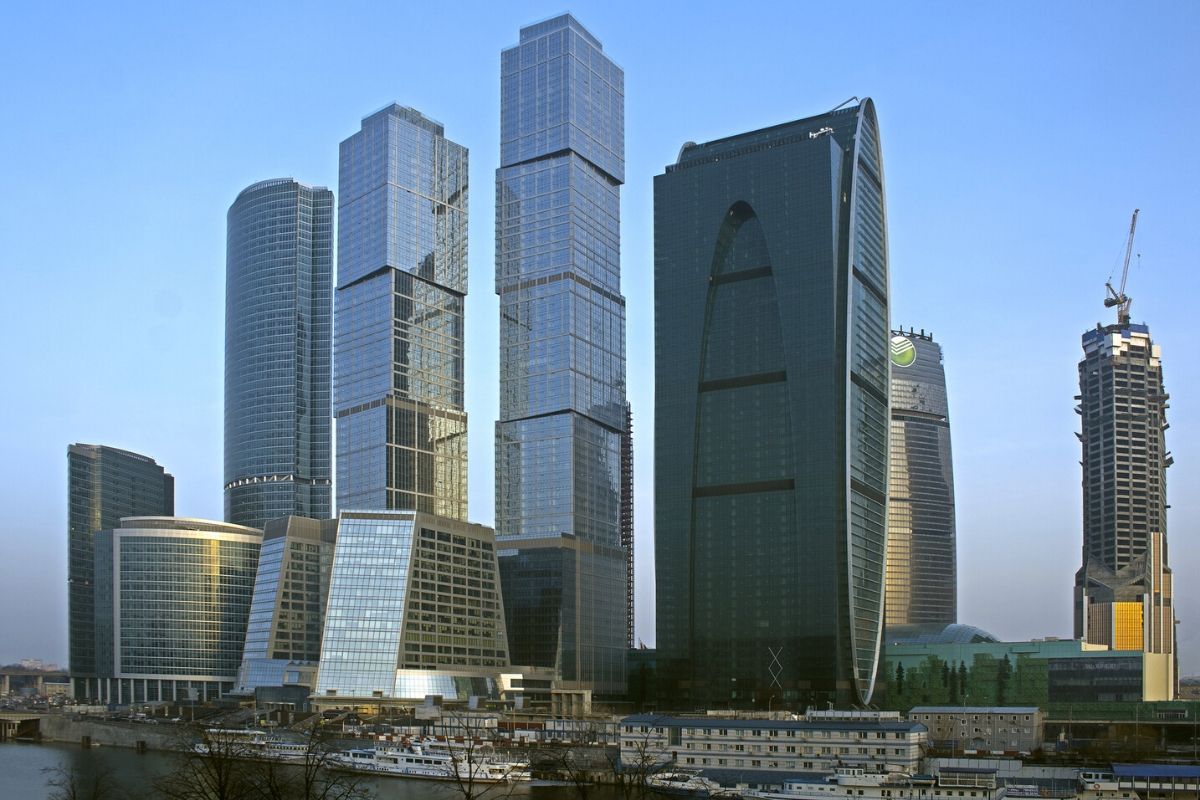 Moscow’s many exciting construction projects go beyond record-breaking skyscrapers. The new Skolkovo Innovation Center, for example, is Russia’s answer to Silicon Valley, with about 300 evolution elevators and escalators from thyssenkrupp Elevator. It also features several innovative buildings like the East Ring by Herzog & de Meuron as well as the Hypercube and Matrex by Bernaskoni. 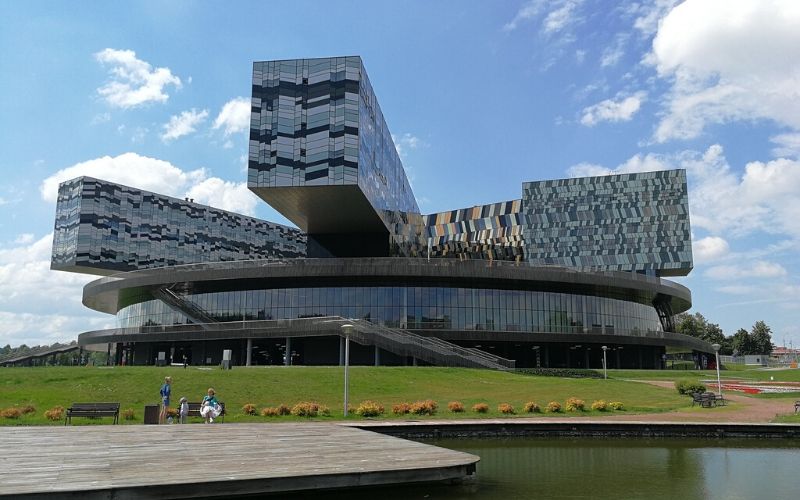 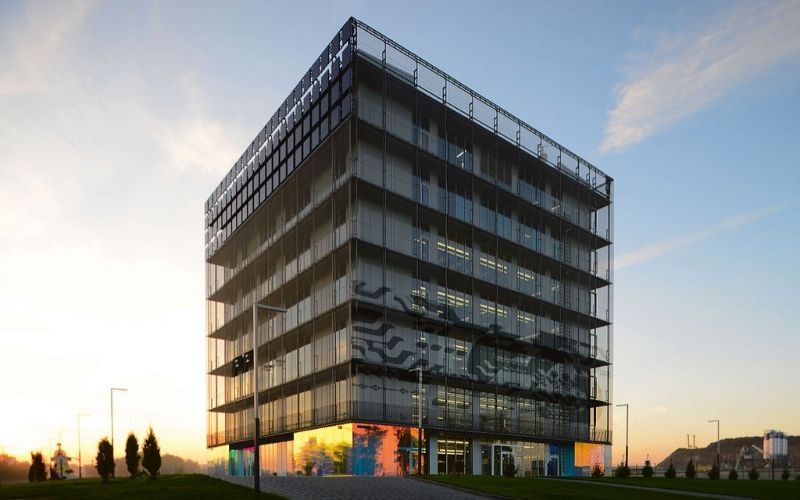 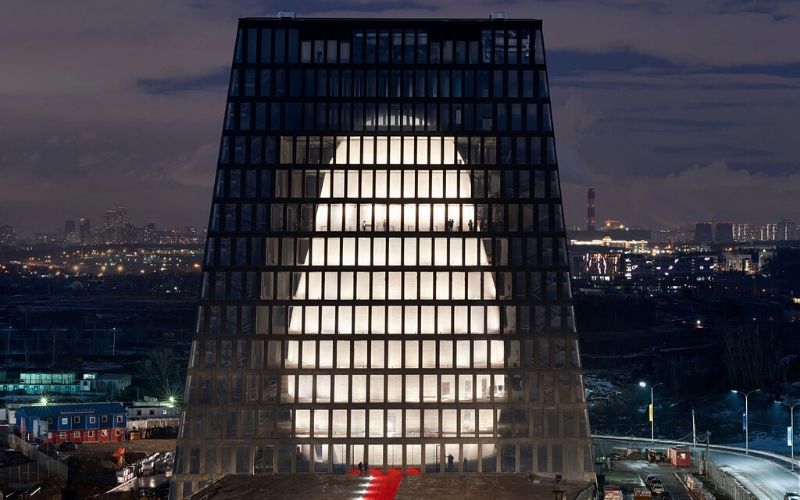 With its grandeur architecture, the Moscow Metro is the busiest system in Europe. It also has to contend with special design and building challenges as well as unique installation obstacles posed by the deep tunnels and individual stations. In particular, specific technical competence and the correct mobility products are needed to connect urban life above with the metro stations below.

The Okruzhnaya station in Moscow will soon be home to one of the longest escalators in the world at 130 meters in length. The depth of the metro station combined with the height spanned by the escalator (53 meters) creates a very challenging installation project. It is the longest escalator ever produced in Germany. 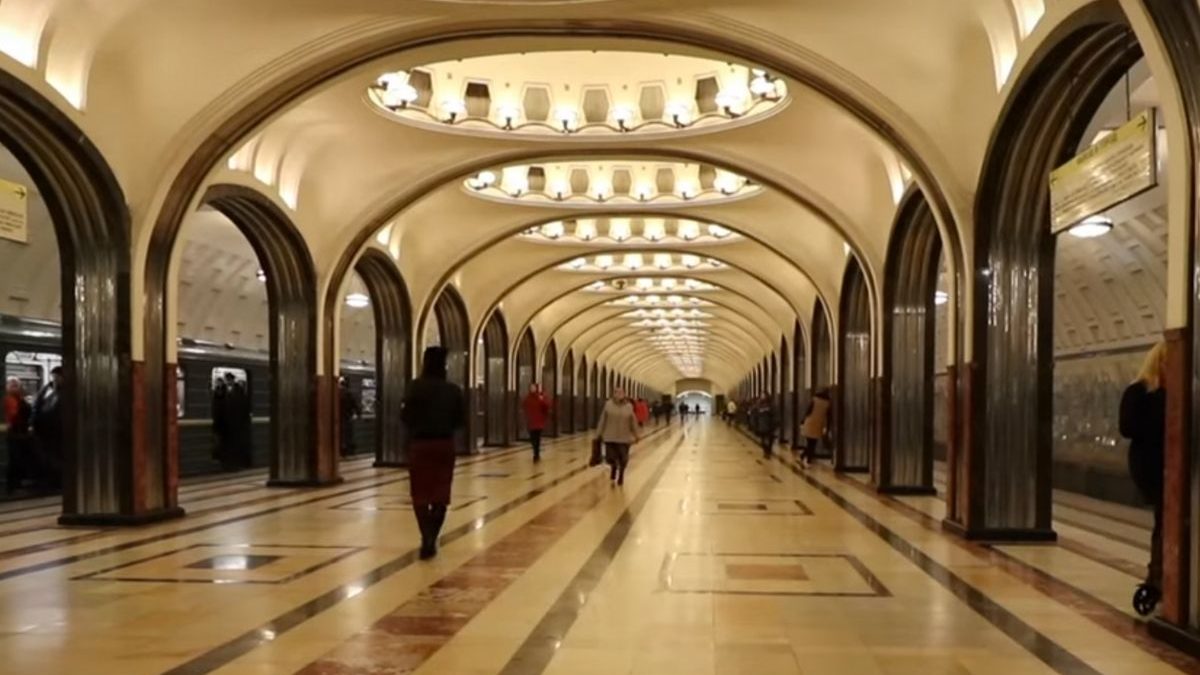 The City of Skyscrapers

So what will Moscow look like in the future? According to Sergey: “It will be like Singapore or Hong Kong, but much bigger. It will be the city of skyscrapers.”

Certainly, Moscow has a lot of catching up to do if it wants to compete with cities like Hong Kong or New York City, which respectively have 355 and 284 buildings over 150 meters in height, compared to only 44 in Moscow. But if Moscow’s construction sector keeps booming the way it is, the city has more than a fighting chance.

According to Sergey: “It is an exciting time to work in the elevator business in Moscow. At the moment, the largest number of high-rise projects of all time are being built and designed in Moscow.”

“In my job, I enjoy communicating with interesting people, like architects and developers. I like to immerse myself in projects and see how I can positively influence the lives of future residents.”
Sergey Smirnov, Senior Sales Manager, thyssenkrupp Elevator