From the reversal of the flow of its river to building the first skyscrapers and the soaring Willis (Sears) Tower, the city of Chicago has a long history of producing architectural and engineering wonders. However, it would be wrong to assume that Chicago’s proud legacy in this field has come to an end. Far from it, the tradition of construction innovation and megaprojects still thrives in the Windy City, turning heads with new projects, exciting landmarks, and the latest technologies.
Lunar New Year celebrations

Construction in Moscow
Previous article
Next article
Cities
Smart inside and out – In many ways, the smart city concept is simply good urban planning that incorporates both advances in digital technology and new thinking in the age-old city concepts of relationships, community, environmental sustainability, participatory democracy, good governance and transparency.
8884 views

A city defined by megaprojects

If you take the Chicago Architecture Boat Tour, you’ll learn a lot about the stunning sites of Chicago and get an idea of how much architecture defines the city – from small structures to full-on megaprojects. In fact, many credit the Windy City as the site of the world’s first megaproject: the Burnham Plan of Chicago.

Daniel Burnham’s master plan helped re-imagine the city after 18,000 buildings burned down in the Great Chicago Fire of 1871. The plan proposed a reorganization of the street grid, the lakefront, and river routing. It also delivered landmarks such as Grant Park, Museum Campus, Navy Pier, Wacker Drive, and the Magnificent Mile. It wasn’t fully implemented, but the big-thinking approach hugely impacted the future layout of the city. 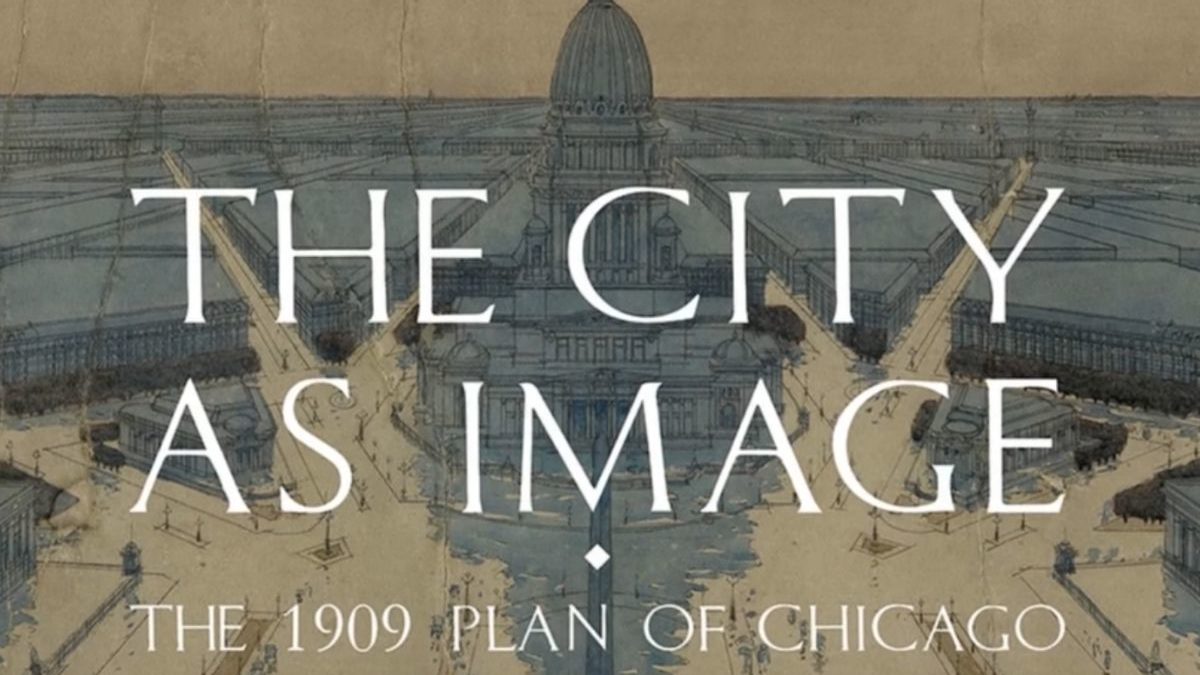 The reversal of the Chicago River

When faced with the pollution of its primary freshwater source, Lake Michigan, Chicago initiated a record-breaking megaproject: They reversed the flow of the river. Ellis S. Chesbrough hatched the plans to dig a channel from Chicago to the Mississippi River (the Chicago Sanitary and Ship Canal) to stop the polluted Chicago River from flowing into Lake Michigan. The idea wasn’t too popular with downstream cities like St. Louis, but the plan went through and the reversal of the Chicago River is remembered as one of the greatest engineering feats of all time. 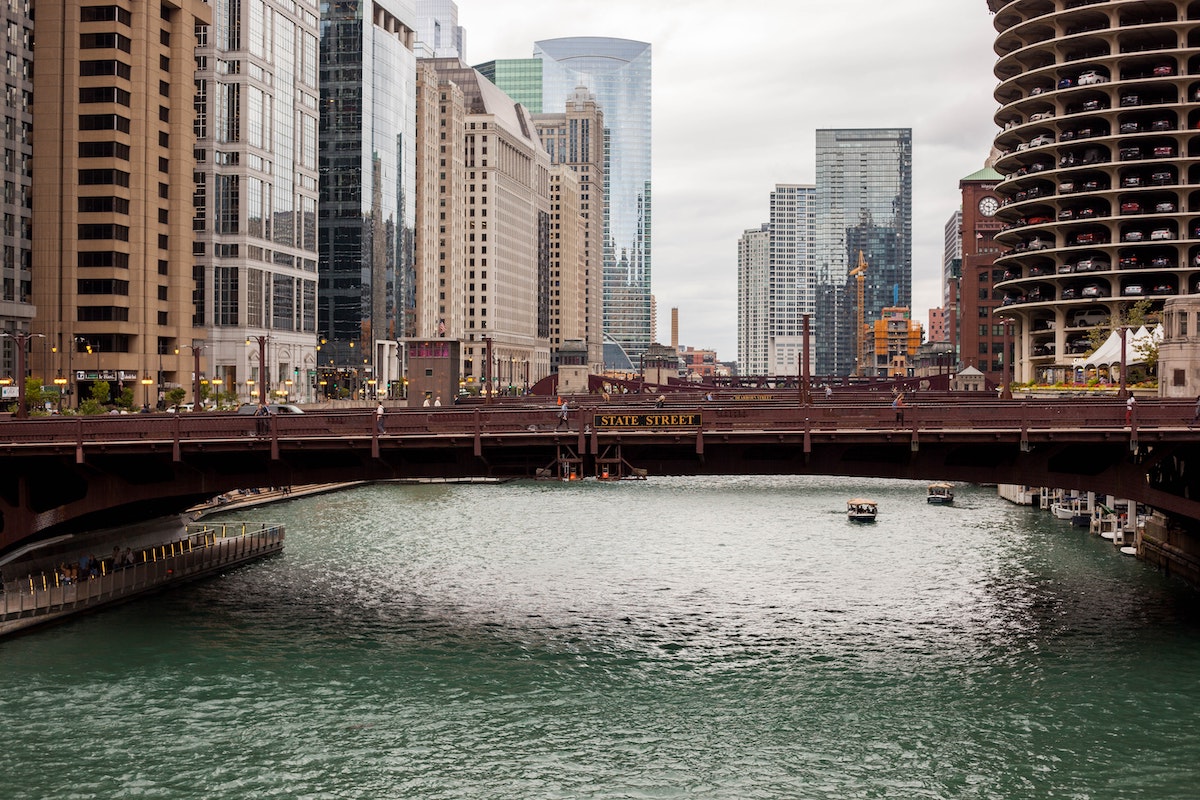 The tallest building in the world from 1974 to 1998, the 527-meter, 108-floor Willis Tower (formerly Sears Tower) was designed by Skidmore, Owings & Merrill to house the entire administration of Sears, Roebuck and Company. It was only after realizing that they were close to the threshold that they decided to increase the height and become the world’s tallest skyscraper. Interestingly, the Willis Tower needs 104 elevators, including some double-decker elevators, to move approximately 25,000 people per day. 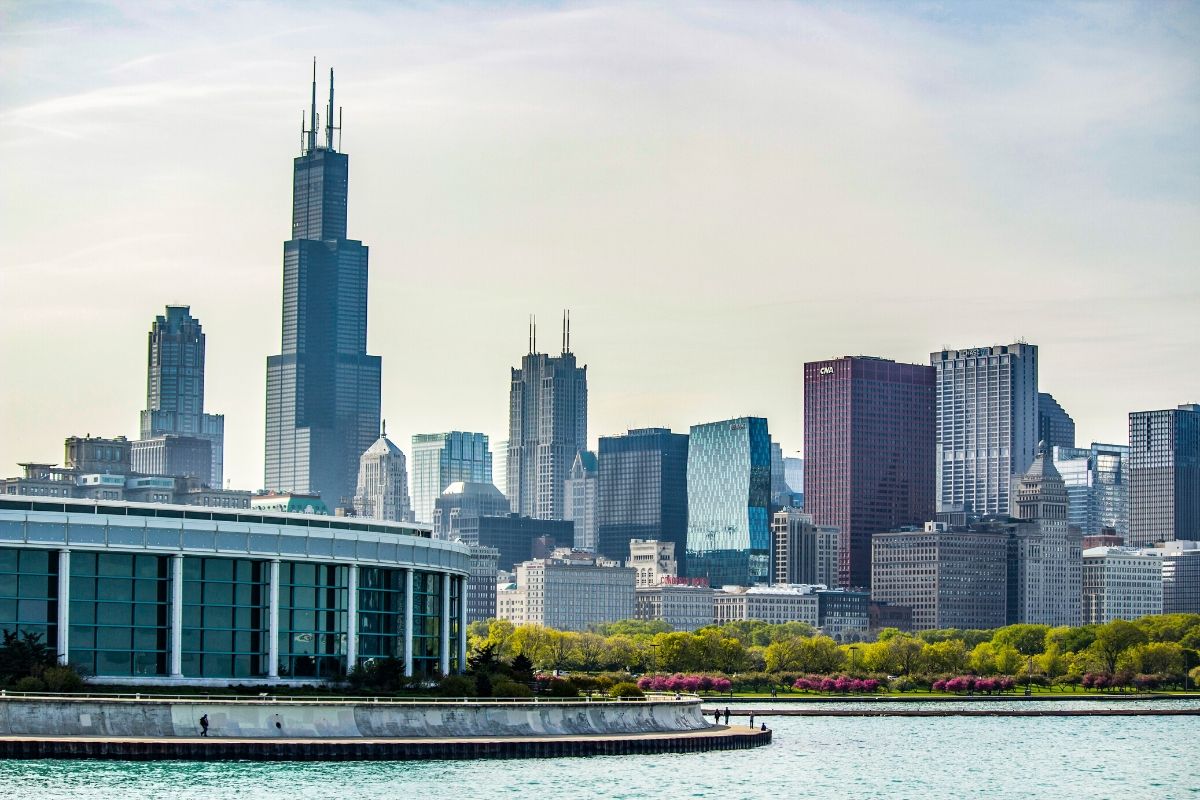 The Willis Tower: a landmark of modern architecture

Chicago’s ambitious mega plans are still ongoing with projects like Lincoln Yards. This $6-billion endeavor will transform 55 acres of industrial riverfront property between Lincoln Park and Bucktown into a mixed-purpose neighborhood with many high-rise buildings, streets, river crossings, and parks. It began with the removal of more than 24,000 tons of industrially contaminated soil. The city has a similar, even bigger project between Chinatown and the South Loop called “The 78”. 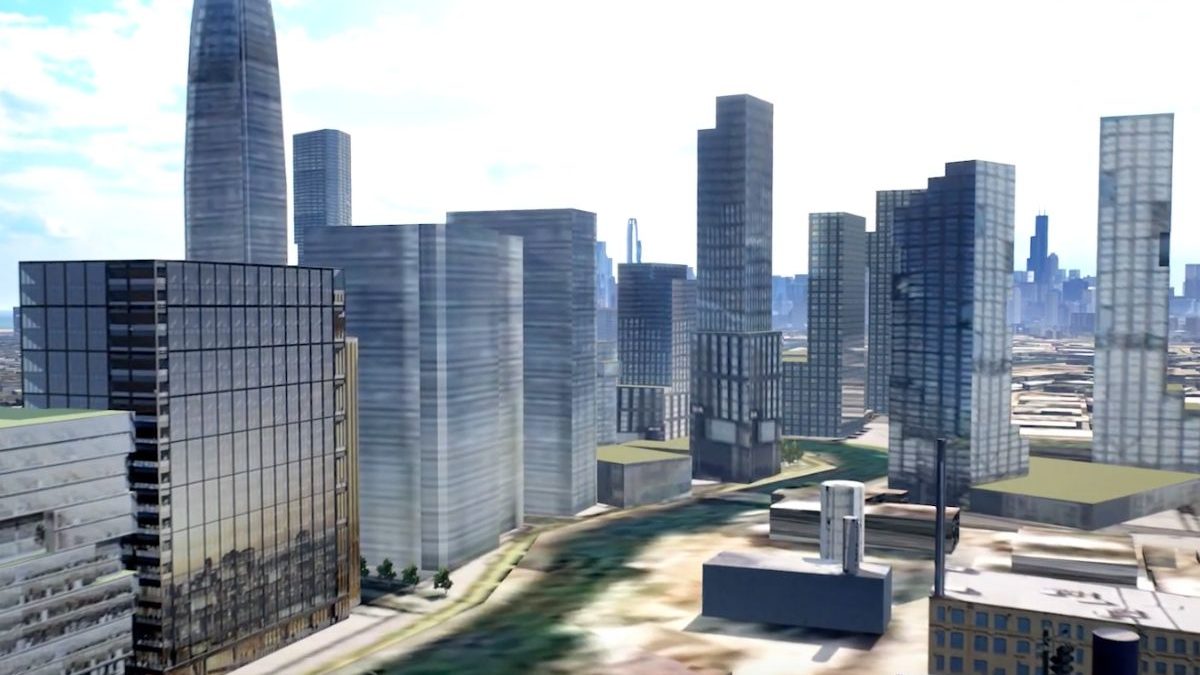 Following Daniel Burnham’s motto “Make no little plans”, Ralf H. Burke designed what was then considered an audacious airport on the site of a former military airbase. The Chicago O’Hare International Airport, which opened in 1955, pioneered now common design concepts, such as concourses, direct highway access, and underground refueling. It even featured the first passenger boarding bridge (or Aero-Gangplank) in 1958.

One of the busiest airports in the world, O’Hare has undergone constant development. Today, the airport is in the process of adding a new Global Terminal and Global Concourse that is set to become one of the most cutting-edge terminals in the nation.

With many other megaprojects on the horizon, such as The River District, Riverline and Southbank, Wolf Point South, East, and West – the winds of change keep blowing through the Windy City. Still, it’s not just the big projects that help Chicago stand out as a city of constant development. The city is building and renovating all over, in projects of all sizes.

A short tour of the latest projects in Chicago reveals a city that boasts innovation at all levels. 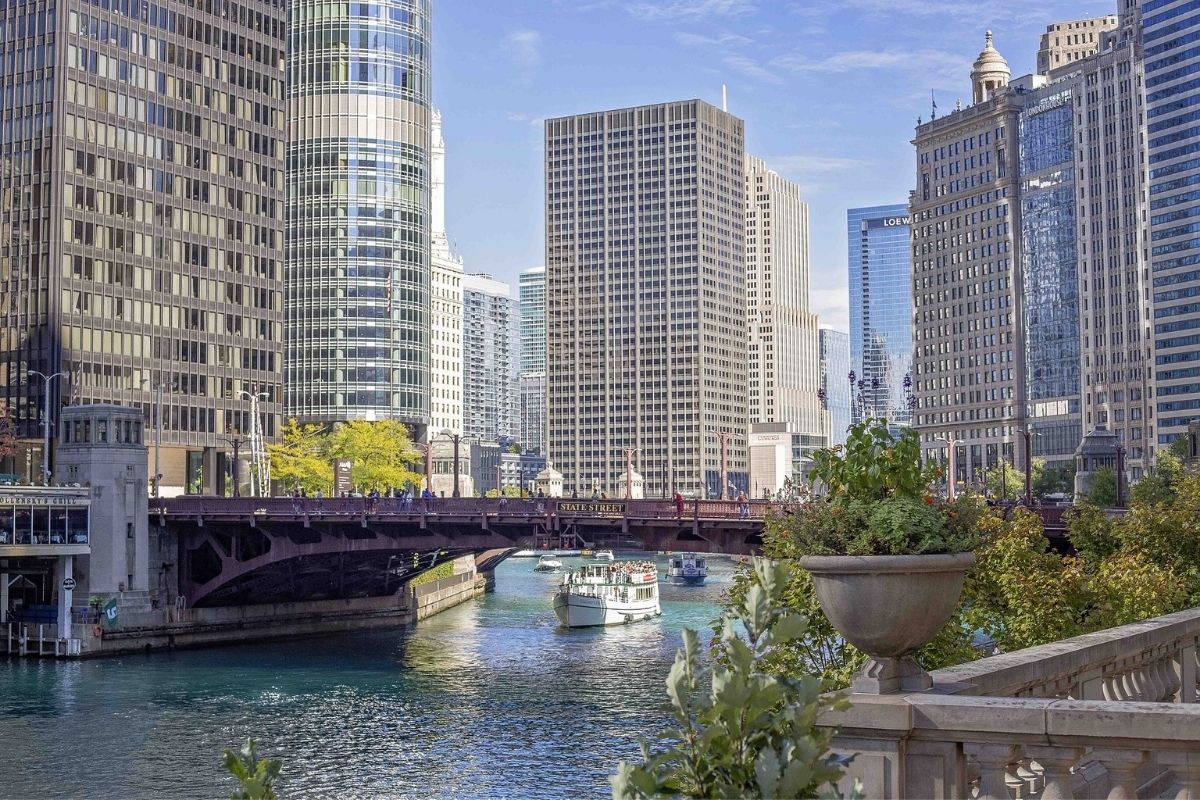 GR333N is an all-new 18-story Class A office and retail building at Fulton Market in the West Loop District. When it’s finished in 2020, office workers will enjoy all the amenities in a modern environment with a sky deck overlooking the city and efficient in-building transportation powered by 19 elevators from thyssenkrupp Elevator. 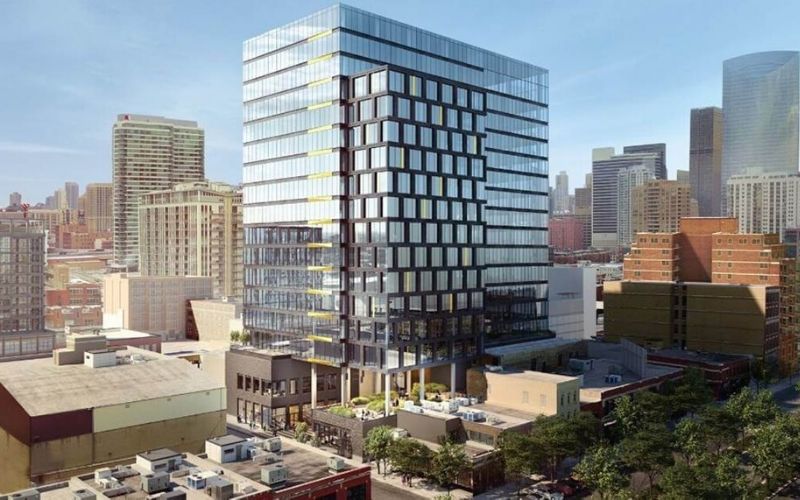 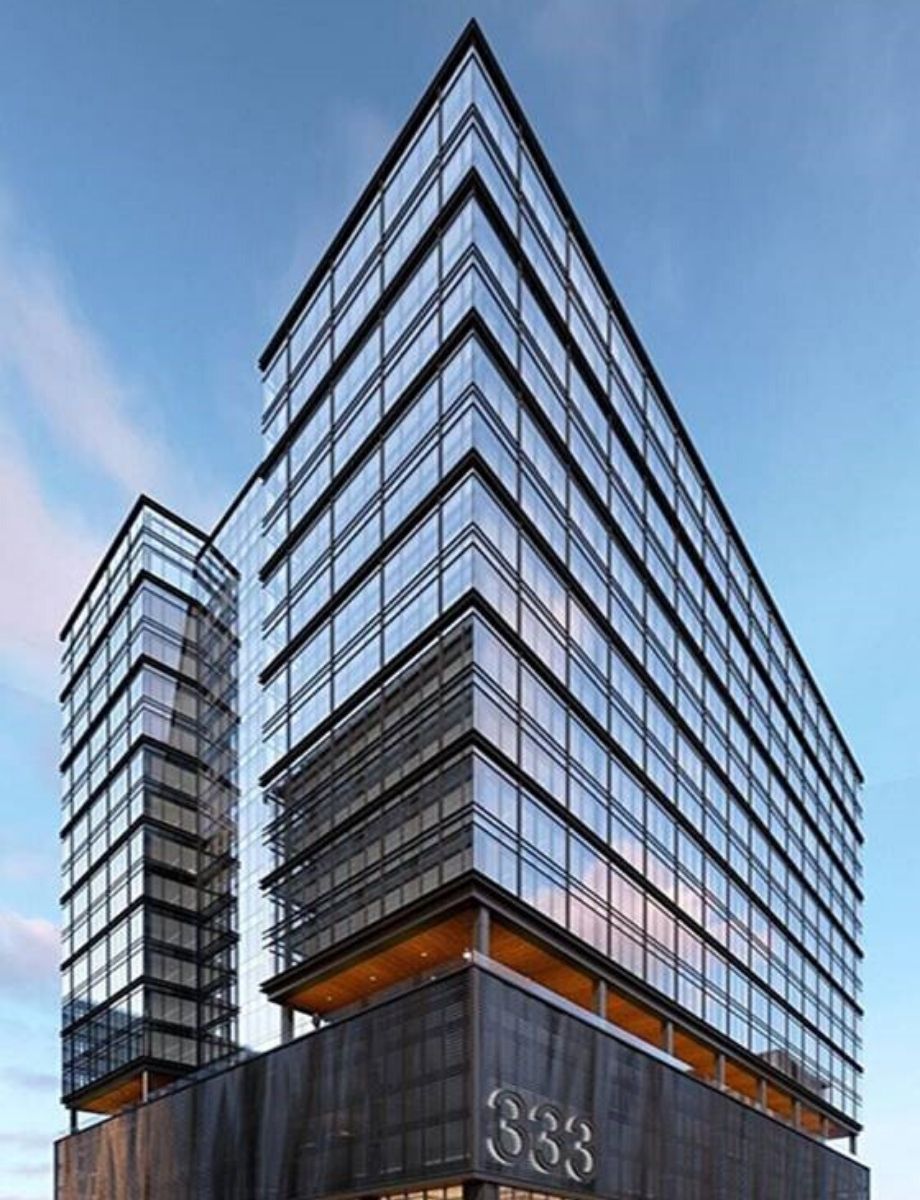 Either you work here, or you’re GR333N with envy

This 38-story art deco high rise debuted as the American National Bank building in 1930. In an exemplary case of adaptive reuse, a recent renovation of the iconic tall building at 33 North Lasalle has protected many vintage architectural details, such as the original brass entrance and patinaed motifs at the elevator banks – which contain new lifts by thyssenkrupp Elevator. Today, the building is home to dozens of businesses and you can even hold a conference in the historic bank vault. 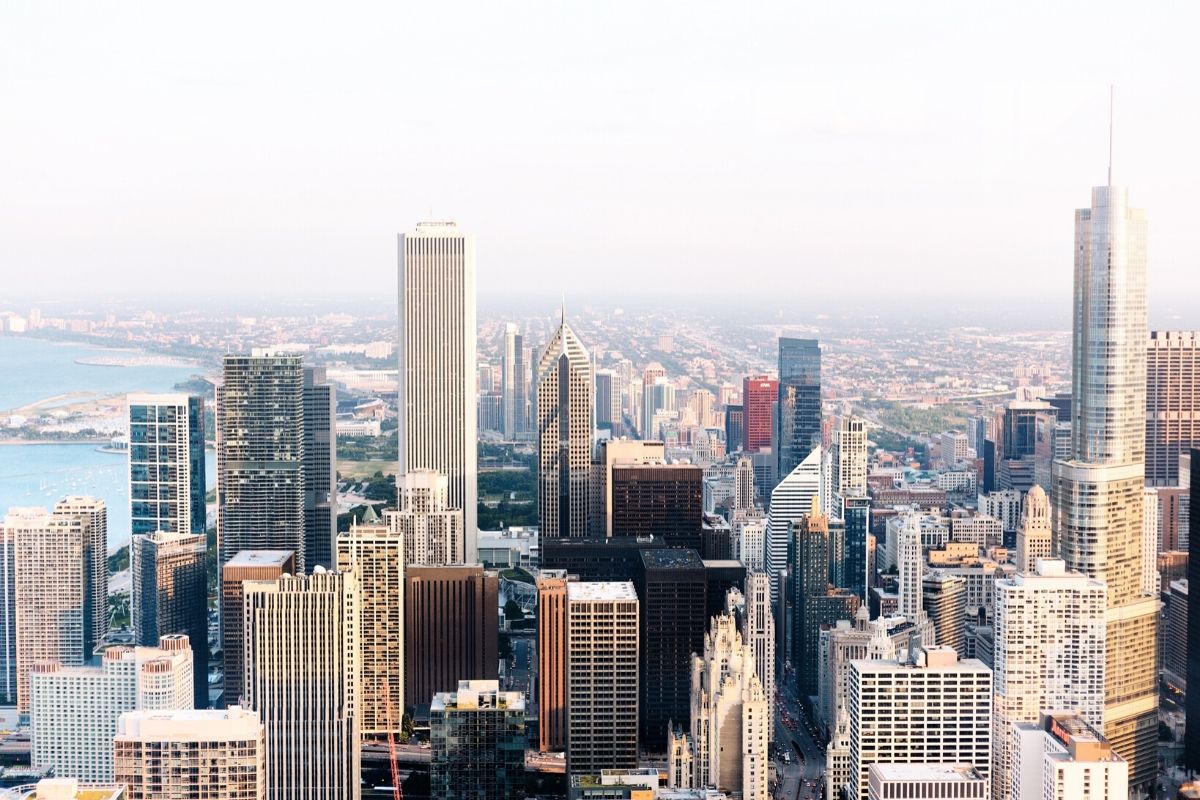 The great city on the lake

The sky’s the limit for the birthplace of skyscrapers

According to many historians, the world’s first skyscraper was the Home Insurance Building which stood 12 stories high from 1885 to 1931. It was the first time that a metal skeleton was used as the primary structural support system – although it didn’t have any elevators. The city went on to gain a global reputation for its tall buildings and innovative first-time use of wide-scale urban planning with the Burnham Plan.

That spirit of innovation will never die, and Chicago will continue to be a place that attracts people with some of the most impressive man-made sites in the world – and a pretty wonderful white sand beach.