Built-in earthquake safety – cities and designs on the frontlines

Each year, there are approximately 500,000 detectable earthquakes around the world, about 20 of which are large ones. And only a few of those occur in densely populated areas. But why is it that earthquakes of similar magnitudes can have such widely varying effects? For instance, cities in New Zealand, Chile and Haiti experienced similarly sized major quakes in 2010. Christchurch and Santiago suffered, but Port Au Prince was devastated. Most of the injuries from earthquakes come from collapsing buildings, so everything from zoning and planning to design and construction are key factors in creating safer buildings. URBAN HUB looks at some of the cities and ideas at the cutting edge of earthquake safety.
Indian smart city Pune

11 Russian soccer cities
Previous article
Next article
Cities
Smart inside and out – In many ways, the smart city concept is simply good urban planning that incorporates both advances in digital technology and new thinking in the age-old city concepts of relationships, community, environmental sustainability, participatory democracy, good governance and transparency.
14633 views

Why are earthquakes such a challenge?

When the earth’s tectonic plates collide and grind together, the resulting waves shake the ground and everything on it. Buildings are constructed to support the vertical load of the structure. But earthquakes also create a lateral or sideways load that makes safe construction more complicated.

Complicated, but not impossible. There are many proven methods to build earthquake-resistant buildings. Unfortunately, these methods are not always used. For instance, much of the devastation of the big Mexico City earthquake in September 2017 was caused by the collapse of buildings using cheap flat-slab concrete construction – now outlawed in many countries.

In contrast, the 57-story Torre Mayor office building in the same city was built using appropriate materials and technologies. The 225 m (739 ft) tall building sits on a foundation supported by 252 deep-drilled piles, which anchor a superstructure of reinforced-concrete-encased steel columns and structural steel. Within the building, 98 seismic dampers absorb and neutralize the earthquake vibrations. In September 2017, that building did just fine!

“Buildings in the low to mid-height range are inherently more susceptible to ground shaking, whereas a building which is 100 floors tall ironically falls outside of that frequency of the earthquake and therefore doesn’t go into resonance.” 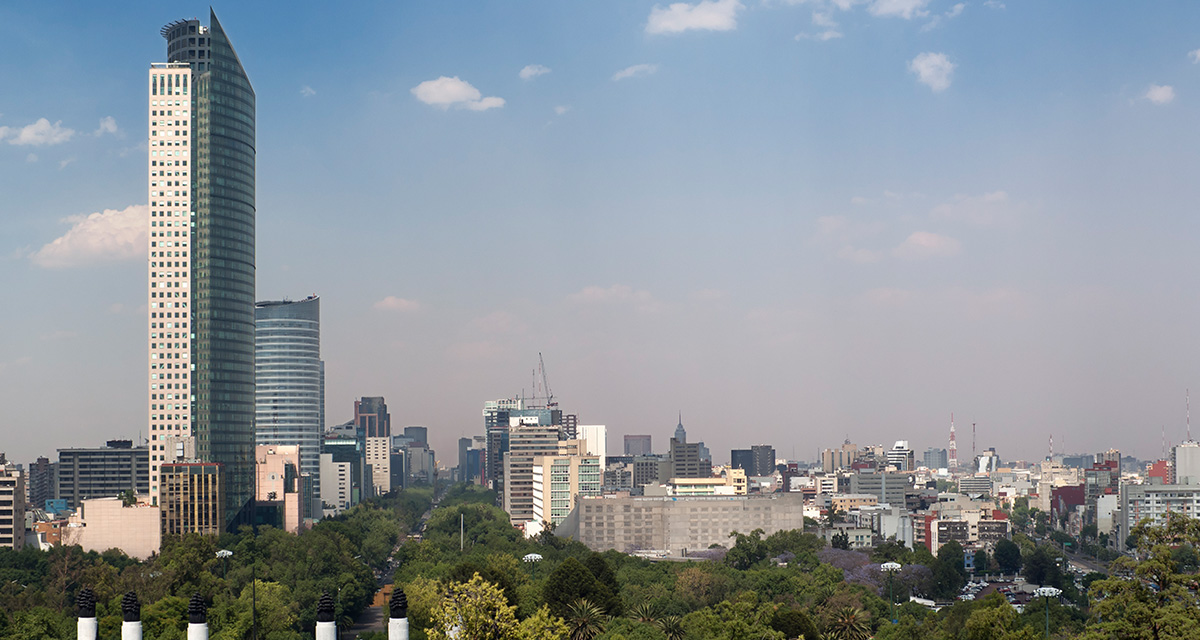 Much of the devastation in Mexico City could have been prevented by proper rules. This includes things like zoning and building codes covering where and how a building can be built, as well as the important question of whether the rules are actually enforced.

Governments set the tone for public safety by developing good land-use planning and seismic micro-zoning (e.g. by soil type, fault type, etc.). Earthquake engineering is a science, but only if the proper rules are in place and being followed can the experts fruitfully use their knowledge.

Engineers can then deploy their tools, beginning with such pre-construction methods as soil-structure interaction analysis and site-specific spectral analysis. Researchers test scale simulations on gigantic “shake tables” in labs from Kobe (Japan) and Delhi (India) to Algiers (Algeria) and Reno (USA).

They continue their work with various numerical tools, real-time instrumentation and 3D-visualization software, adapting and calibrating the design of the project as it develops. This results in a solution tailor-made for the specific combination of risks and hazards that each building faces. 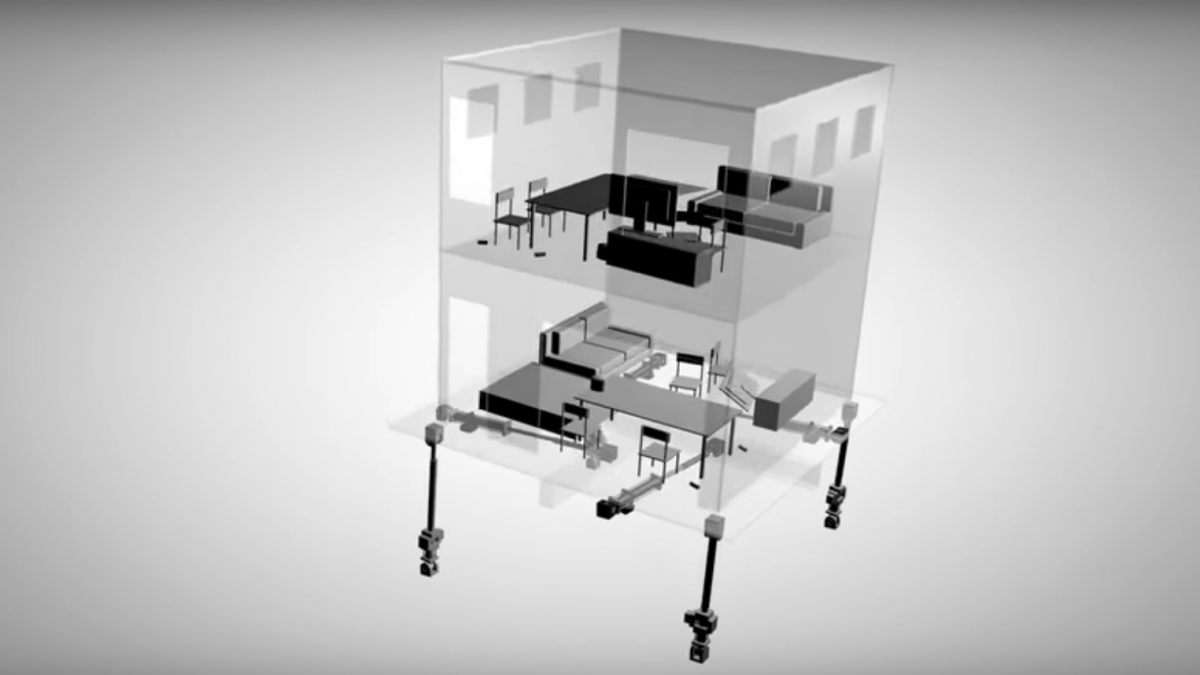 A moving experience: a large shake table located near Kobe.

Rules establish a framework that allows experts from design and construction to show off their skills and creativity. One obvious area for this is at the foundations.

Base isolation techniques allow a building to float on a system of bearings such as metallic or lead-core rubber bearing, heavy-duty springs, padded cylinders, sliders or even air cushions. The terminals at the huge new Sabiha Gökçen International Airport in Istanbul (Turkey) use 300 base isolator systems capable of withstanding an 8.0 Mw earthquake.

The purpose of seismic base isolation like that is to passively absorb or deflect the kinetic energy of the earthquake by inserting an elastic or sliding buffer between the base or substructure and the building superstructure. Another recent example is Apple’s futuristic new HQ near San Francisco (USA), which sits on 700 base isolators. Buildings using this technique are also usually surrounded by a “moat”, allowing them to move freely without damaging nearby structures.

If base isolation seeks to reduce the seismic load on a building at the base, vibration control techniques seek to disperse, dissipate or absorb the wave energies within the building.

One of these methods has actually become a tourist attraction – between the 87th and 92nd floors of the supertall Taipei 101 in Taipei (Taiwan). There, what looks like a 728-ton gold-colored metal ball serves as the world’s largest tuned mass damper (TMD). Helpful in countering both high winds and seismic waves, the TMD moves like a pendulum in the opposite direction of the vibrations acting on the building, neutralizing the energy and keeping the building in equilibrium.

Meanwhile, in Tokyo (Japan), the 238 m (781 ft) Mori Tower uses a system at the core of the building to semi-actively counteract earthquake energy. Soft steel dampers near the interior base allow the building to safely stretch and sway. These are connected to oil dampers that use fluid resistance to absorb vibrations, while integrated brake dampers simultaneously convert other vibrations into frictional heat. 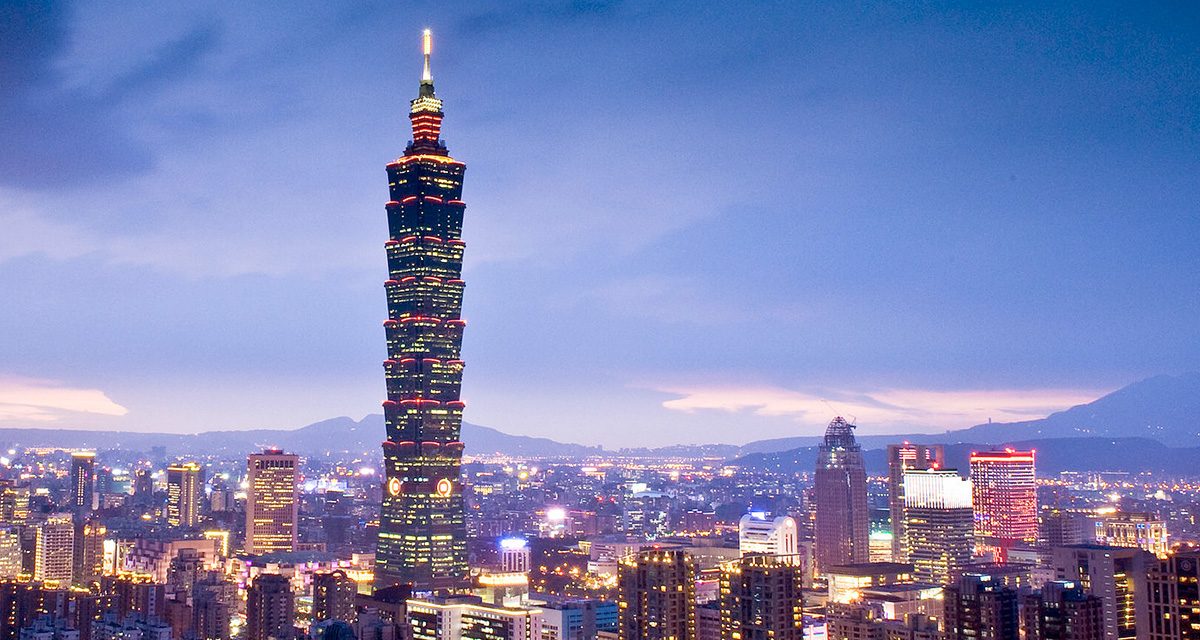 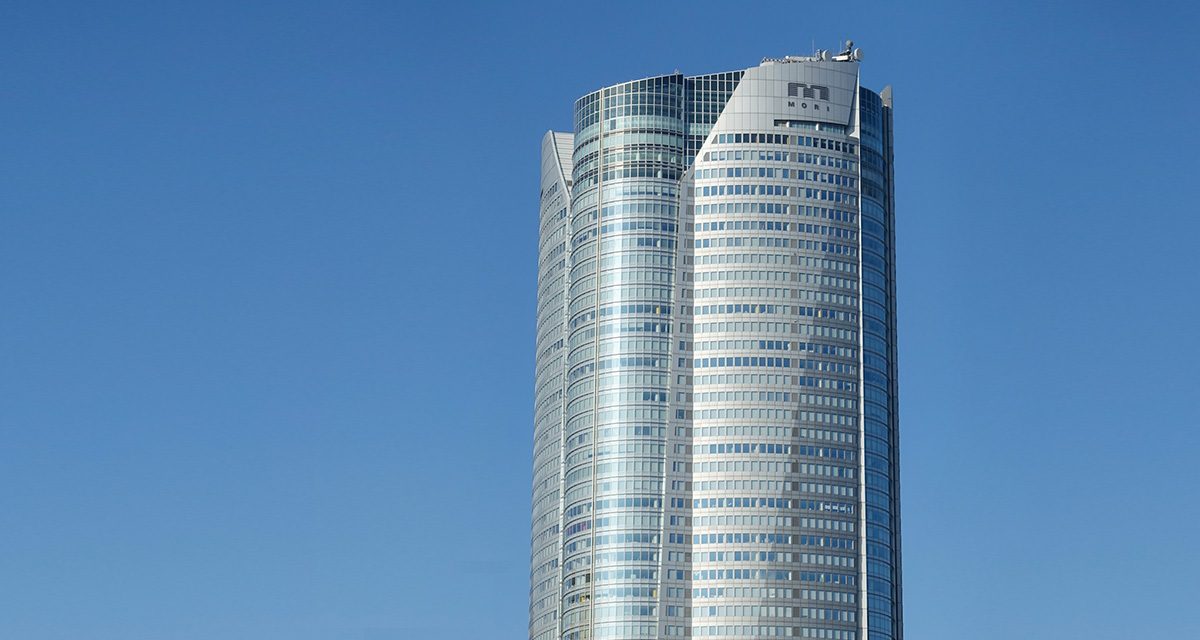 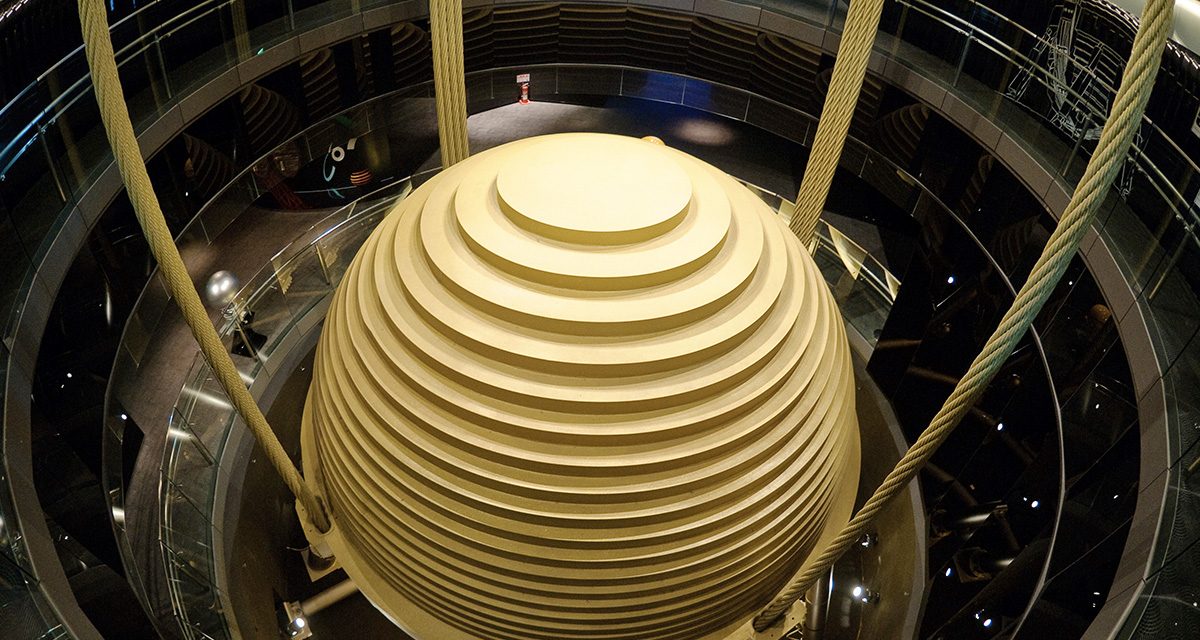 In addition to rules, design and techniques, materials are important. Materials need to combine stiffness with ductility: they need to be able to bend without breaking. Brittle materials, such as unreinforced masonry or concrete blocks are the most dangerous materials during earthquakes.

Take the case of the new 73-story Wilshire Grand Center – the tallest building in Los Angeles. It uses shape memory alloys (SMA) in its buckle-resistant braces. These bend dynamically under pressure but then return to their original shape. If they do happen to reach the limit of their elasticity, they heat up, and the seismically-produced kinetic energy is safely transformed into thermal energy. The building also boasts a massive rectangular core and multi-story outriggers and, as in Taipei, much of this is left uncovered for all to see.

What about older buildings?

Older buildings also need to resist earthquakes. Many of the new methods for earthquake safety are also being used in retrofitting them. Adding seismic base isolation is a popular way to safeguard old, historical buildings, as in the “City-County Building” in Salt Lake City (USA) and the 122-year-old main office of the Bank of Japan’s HQ in Tokyo.

Another way to retrofit earthquake safety into buildings is to add an exterior steel frame. Rostrevor House in Wellington (New Zealand) uses an EBF (eccentrically braced steel frame) to inexpensively add resilience to its structure. And in Nomi (Japan), a light curtain of 9 mm thermoplastic and carbon-fiber rods helps the Fa-bo building safely sway to the beat of the seismic waves.

Older methods are also being reconsidered. For instance, in Quito (Ecuador), the flexible low-tech strength of bamboo is being promoted by local government for smaller buildings. Even more ambitious is the work of Fraunhofer WKI in Braunschweig (Germany). This institute for advanced wood research is exploring the use of large solid-wood beams for load-bearing use in tall buildings. If that doesn’t sound high-tech enough, they are also at work on ultra-durable sensor-controlled elastic steel connectors to help buildings maintain structural integrity during earthquakes. 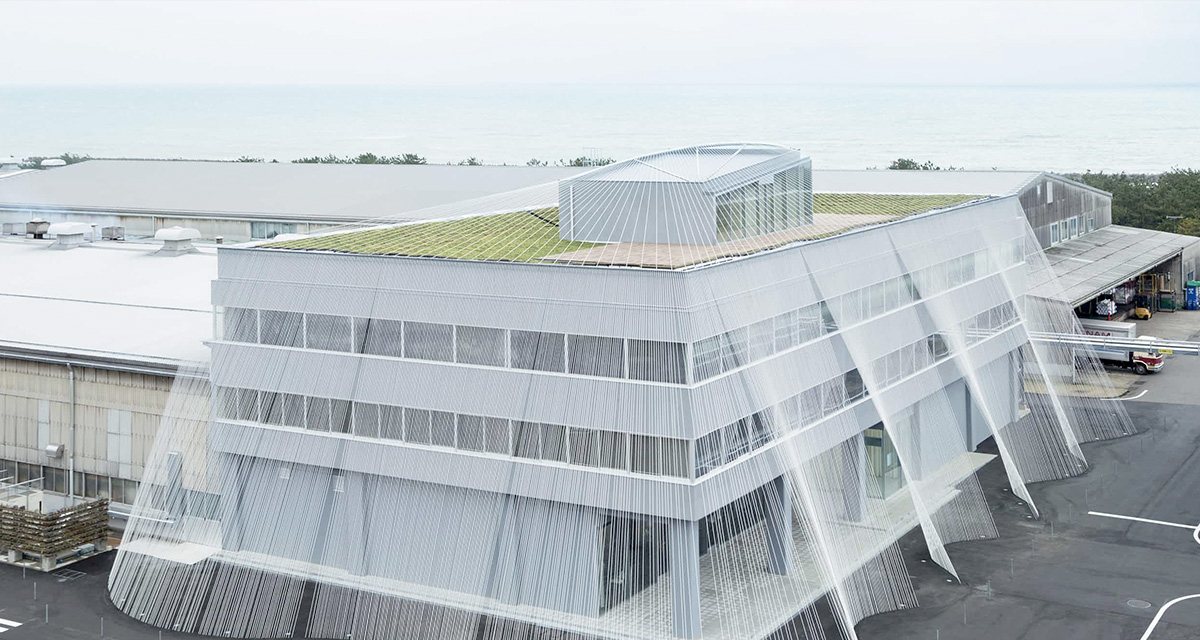 Fa-bo in Japan
“Wood is extremely durable, light but still stable, and perfect for earthquakes. In its mechanical properties, it compares very well with highly durable composites – though at a significantly lower material cost.”

Creating earthquake safety is a multifaceted task – part of what is called holistic risk-mitigation urban planning. For instance, at-risk cities also need to protect hazardous sites and vital infrastructure, and emergency services must be able to respond quickly. Many cities use smart seismic sensors to warn of an earthquake before the big shock waves hit.

Citizen awareness and preparedness before, during and after a quake are also a part of public policy. In Bogotá (Colombia), for example, homeowners are given the tools to retrofit resistance into their homes. In cities all around North America like Seattle and Vancouver, annual Great Shakeout earthquake drills combine practical advice and training with fun and games.

Elevator safety is also part of the big picture. Responsible manufacturers continually research how earthquakes affect high-rise buildings and their elevator components. For instance, thyssenkrupp Elevator conducts research with Tongji University in Shanghai on the subject. The company also uses a built-in active mass damper (AMD) system in its new test towers in Zhongshan City (China) and Rottweil (Germany). These buildings can actually simulate an earthquake, so scientists can continue to safeguard the mobility devices we use every day.

In the meantime, elevators use built-in seismic detectors to give early warning of an impending earthquake. Switches then automatically take the elevator to the first available floor and open the doors.

Earthquake preparedness is expanding in all directions, from next-gen ideas like ViBa, a vibrating barrier intended to be placed beneath streets and around buildings to absorb shockwaves, to better zoning, enforcement, and greater citizen involvement in preparing for the inevitable in earthquake zones. Earthquake-proofing cities is a complex task that involves technology, planning, design, materials, and citizen preparedness. That’s how we keep our cities safe – in earthquake zones, and everywhere else! 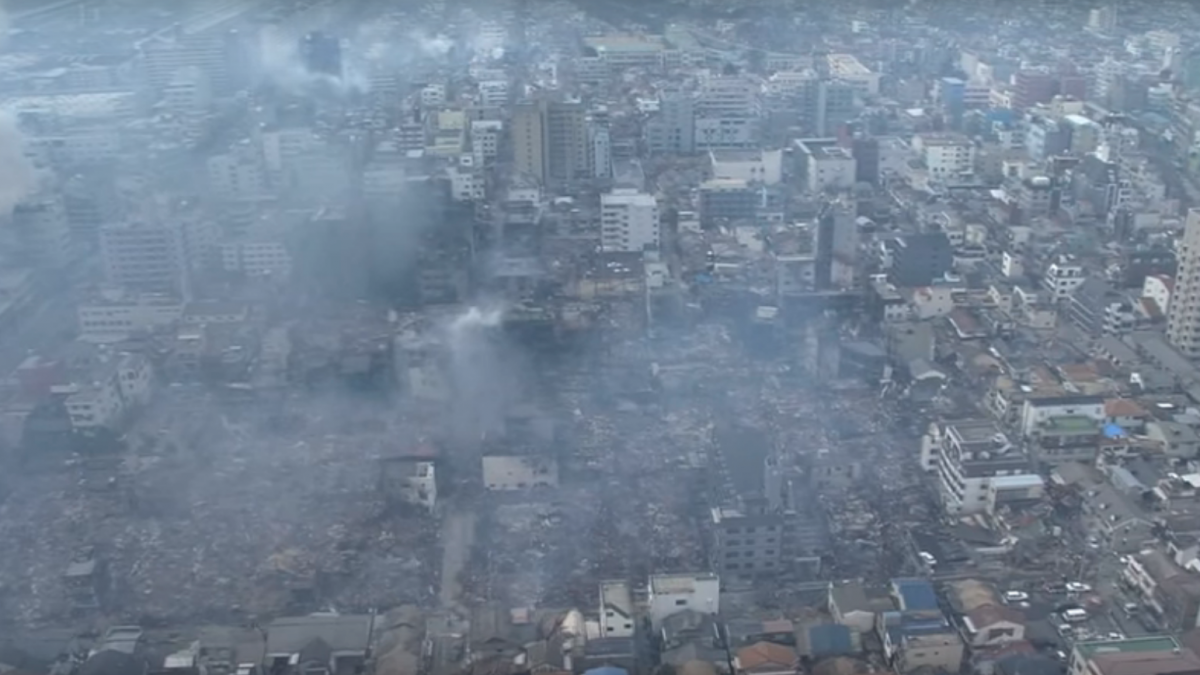 This short video by The Economist shows some of the techniques being applied to make buildings more earthquake-proof. Note that one of the techniques is hundreds of years old but has been updated and resized for use in supertall skyscrapers. 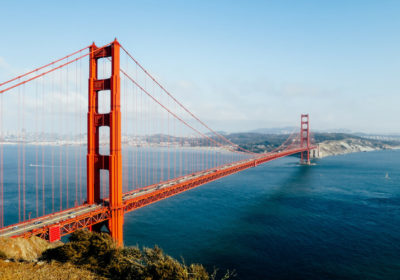