The planners wanted a place to pray overlooking the Ka’aba, the sacred focal point of Islam. The result was a room with a view, over half a kilometer from the ground. Experience first-hand impressions of installing the world’s highest chairlift.

From the swaying summit of the Makkah Clock Tower, several workers humbly survey Islam’s holiest place. It’s a moving sight. Their job is all about moving, too: they are there to build the world’s tallest chairlift, high atop the world’s highest clock tower.

The building is still under construction, and strong winds whistle through the still-open top of one of the highest skyscrapers in the world. The technicians work feverishly in difficult conditions to construct the 18-meter chairlift that ascends a narrow spiral staircase. That’s challenging. But another challenge is time: they only have a week.

The job was to build the world’s tallest chairlift, ascending a 18-meter high narrow spiral staircase atop the world’s highest clock tower.

The lift traverses the 27-meter railing in just three minutes, winding around a total of seven turns.

As the spiral staircase is so narrow, there isn’t much space left for the chairlift machinery.

“It was an almost surreal experience. As a Muslim myself, just being there was an emotional moment. As an ordinary visitor, I was utterly amazed by the view. But meanwhile I was working around the clock to solve problems I’d never even dreamed of.” 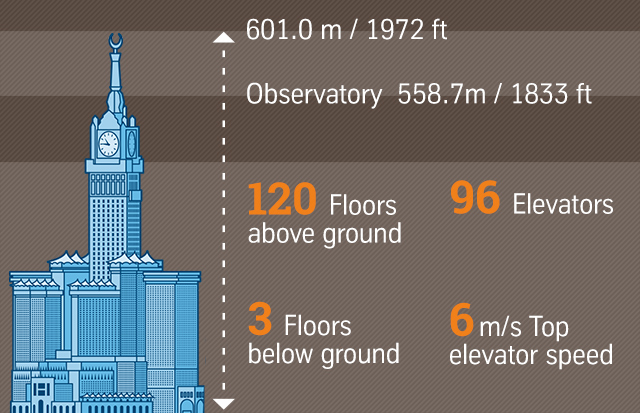 All roads lead to Makkah

Known to many westerners as Mecca, for 1.6 billion Muslims, the very thought of Makkah is moving – literally and figuratively. Hundreds of thousands of worshippers attend Friday prayers at the world’s largest mosque, the 356,800 square meter Al-Masjid al-Haram.

The annual pilgrimage to Makkah – the Hajj – attracts millions. Moving these millions to and from the various stations of the pilgrimage poses tremendous logistical demands, and Saudi Arabia has invested heavily in the infrastructure that directs, moves, feeds and houses them.

At the center of it all is the Ka’aba, Islam’s holiest place. Overlooking it now is part of that new infrastructure: the Makkah Clock Tower. At the very top there is a special prayer room, accessible only by a custom-designed chairlift up a tall, narrow spire.

The crescent on the spire of the Clock Tower soars 607 meters into the air. When it opened in 2013, it was the second-tallest building in the world.

Just below the top, at the base of the crescent – at 601 meters – is the prayer room. To reach this prayer room, you must first take the regular high-speed elevator to the top floor of the building. You can then either walk up the 18-meter high spiral staircase, or use the chairlift.

The lift traverses the 27-meter railing in just three minutes, winding around a total of seven turns. “That was a real challenge,” says project engineer Abdel Abchrim. “Normally we only have to overcome two or three turns.” In addition, because the spiral staircase is so narrow, there isn’t much space left for the chairlift machinery. 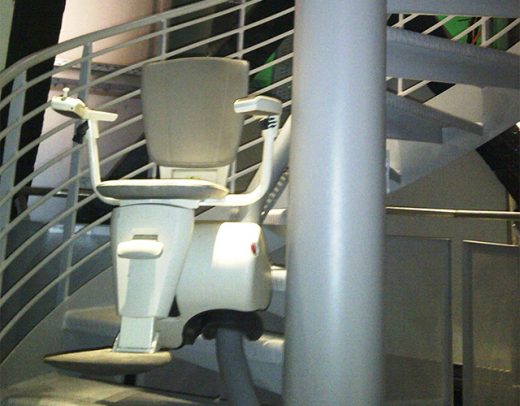 Abchrim, a Dutchman of Moroccan descent, recalls the entire experience very well. It was his job to survey the staircase.

The main challenge involved conditions at the worksite. Strong winds frequently pummeled the exposed workspace and made the building itself sway. On the day Abchrim climbed up to the spire of the building to conduct his surveys on the spine, it proved impossible to measure accurately.

Fortunately, the winds had died down by the following day, but this was the Islamic day of rest, on which literally everything stops for afternoon prayer. Abchrim and his colleagues obtained a permit to allow them to work in the morning. But the tight, twisting space meant that they were not able to rely on usual surveying methods, and were reduced to doing it all by hand.

Further slowed down by working in such cramped conditions, they were unable to complete their work before midday, when their permit expired. After evening prayers had concluded though, the team was able to continue, and finished later that night. “That was an exciting moment for me,” remembers Abchrim. 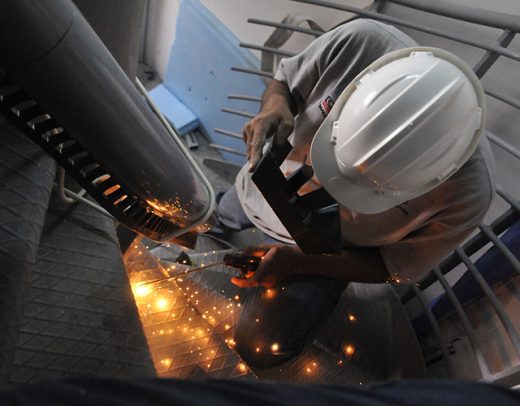 With the work of Abchrim’s team completed, the thyssenkrupp factory in the Dutch town of Krimpen was able to set to work manufacturing the equipment to install. Weeks of preparatory work paid off, so that when the final survey measurements came in, only small adjustments needed to be made.

“Everyone in the plant chipped in, since they all knew what was on the line,” recalls Abchrim. Final installation – complicated by all the same factors that had challenged accurate surveying – was nonetheless completed successfully in just one week. 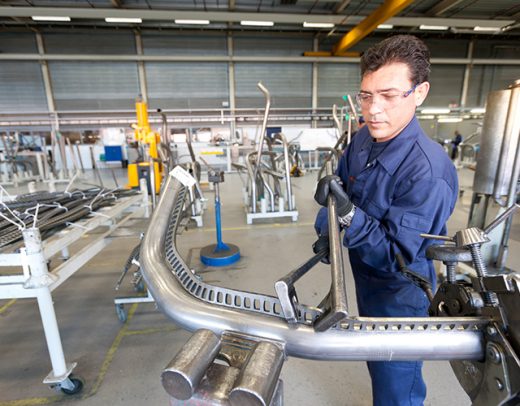 “There aren’t many companies who have the expertise for a project as technically challenging as this one.”

The Makkah Royal Clock Tower project required much coordinated effort, hard work and ingenuity by a number of people working at multiple locations. The result was extraordinary, so much so that the international building transportation industry journal, Elevator World, selected the chairlift for their 2014 annual Project of the Year award – category: accessibility systems – as a result of its unusual location and the outstanding technical effort required to complete the project.

Head of Business Development Farid Oilad Adj Amar is particularly proud, because this is the first prize awarded to the chairlift engineers of Access Solutions.

About the Makkah Clock Tower

The construction of the prestigious Makkah Clock Tower is said to have cost at least USD 3 billion. By design, the tower of the building looks similar to the fabled Big Ben in London.

Inside the tower, the Canadian chain Fairmont operates a five-star hotel. The four external clocks each measure 43 meters in diameter. Each minute hand is 22 meters long, and weighs 1.5 metric tons. Two million green and white LEDs illuminate the dials at night, so that it is possible to tell the time from a distance of 17 kilometers.

And time is of the essence for Muslims, defining the beginning and the end of the five daily prayer times. So believers from around the world can now look up to the colossal new clock tower in Makkah to confirm that they will make it to prayers on time. 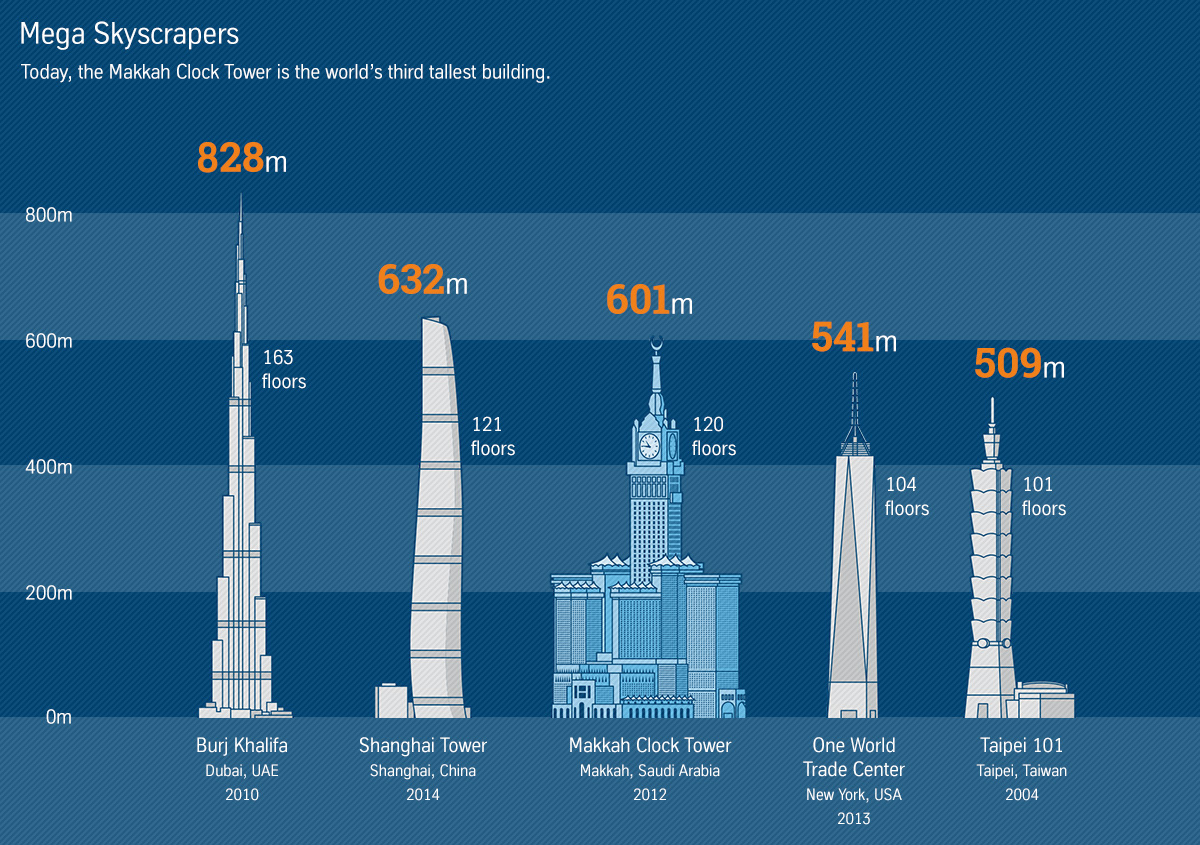 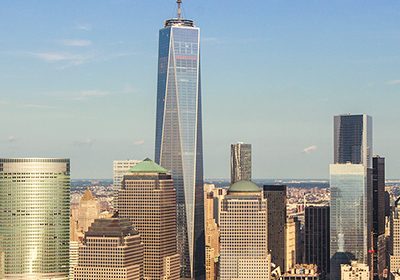 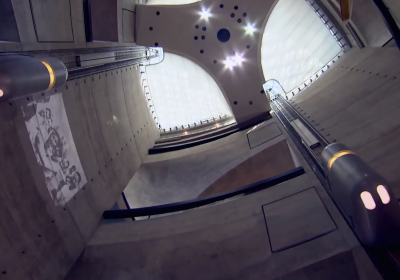