The popularity of organized sports continues to increase, and digital media have dramatically boosted the immense innate appeal of athletic games. The money involved is huge. It may well exceed € 1 trillion, over half of which is linked to association soccer and American football. At the emotional heart of every match, and at the economic center of the entire sporting industry, is the physical space where the games are played. And because sports stadiums are such a huge investment, cities and owners have been dramatically rethinking their use and design.
Zig-zag architecture

What is a stadium?

A stadium is a partially enclosed place in which outdoor sports are played. Arenas, on the other hand, are normally places in which traditionally indoor sports are played. Domed stadiums blur that line, as these may be fully covered like an arena but still have as their main purpose the playing of traditionally outdoor sports. Some domed stadiums now feature a retractable roof, like the impressive Mercedes-Benz Stadium in Atlanta. Apart from that, the question of what a stadium is lies at the heart of both new stadium construction and the refurbishing of older structures.

At the core of the new thinking is the customer experience. For instance, better seating for match spectators and massive video screens make the action on the field accessible to every corner of the stadium. Meanwhile, clever apps let visitors download tickets and find their seat or the nearest restroom. New stadiums are huge and good navigation is important.

But fans these days are not only there to watch. They also want to participate in the experience. In the digital age, people do that with handheld devices, supported by things like new high-speed Wi-Fi for improved internet access. And new high-speed, in-seat wireless charging keeps everyone powered up throughout the match.

Increasingly, robust cellular connectivity for the high-density user environment is provided by 4G LTE. 5G is the next step and has been tested at major stadium events. Barcelona’s Camp Nou Stadium plans to become the first European football stadium with a permanent, dedicated 5G network. 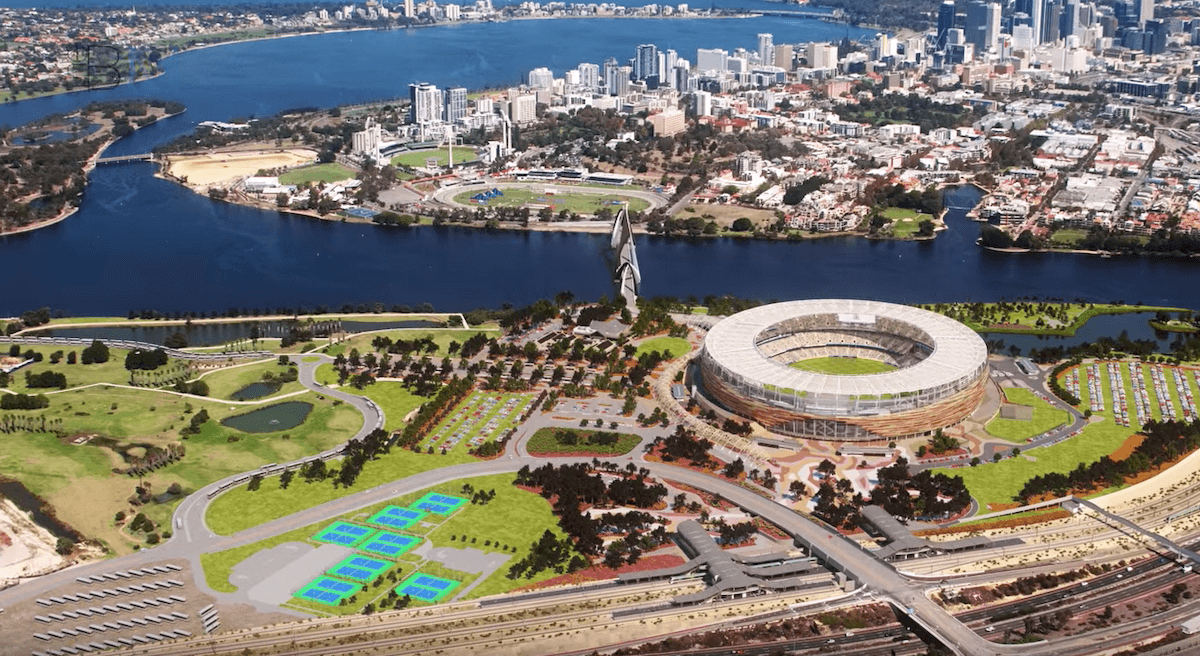 This short video highlights new stadiums in Perth, Budapest, Tokyo, Los Angeles, and London. These megaprojects are raising the bar for what a stadium can offer, and what fans and other visitors can expect.

Going beyond the game

Beyond the digital upgrades, stadiums are increasingly offering a stream of services and amenities that encourage visitors to come often, come early, and stay late, with pleasant all-day opportunities for recreation and pleasure.

A greater variety of ‘wining and dining’ possibilities are part of that. That might mean upscale gourmet dining, or simply an improvement on an old favorite. The new Tottenham Hotspur Stadium in London can dispense 10,000 pints of beer per minute, using a special method that fills cups from the bottom up!

Additional attractions are also being built into stadium structures. For instance, the Allianz Arena in Munich houses a popular family museum dedicated to the legacy of the local team. The goal is to make stadiums an attractive destination not only on game day but all week long. In Munich, quality of life has always been important! 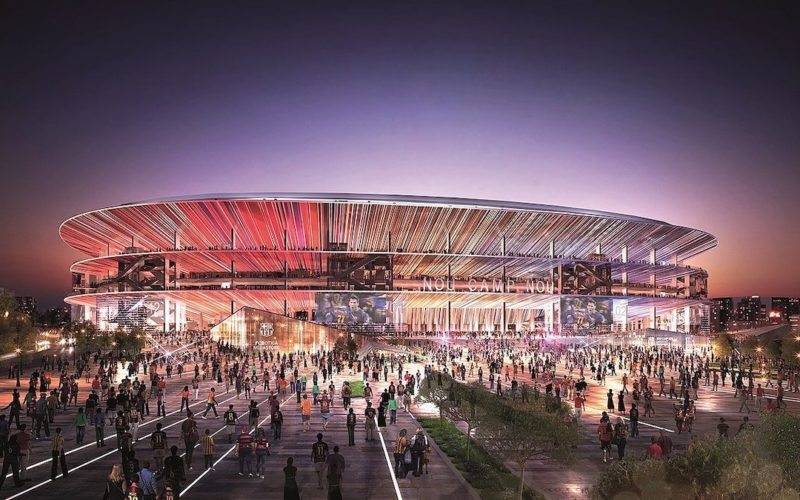 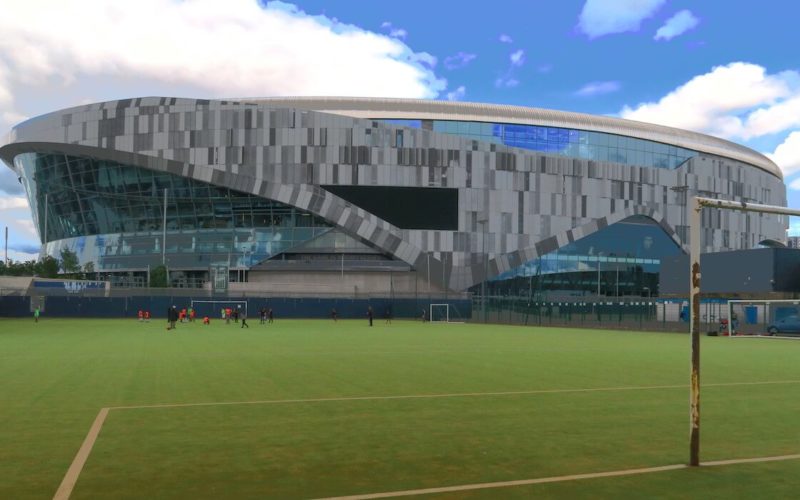 Using the best of architectural design

With the visitor in mind, stadium architects are also emphasizing interior design. One objective is better spectator viewing – interior obstructions have virtually disappeared just as big multi-screens have proliferated. The AT&T Stadium near Dallas boasts the world’s largest column-free room.

With 50,000-100,000 people inside, safety and security are also getting better by design. This is particularly important at major global sporting events, such as the international soccer championship at Lusail Iconic Stadium in Doha or the rugby games at Twickenham Stadium in London. 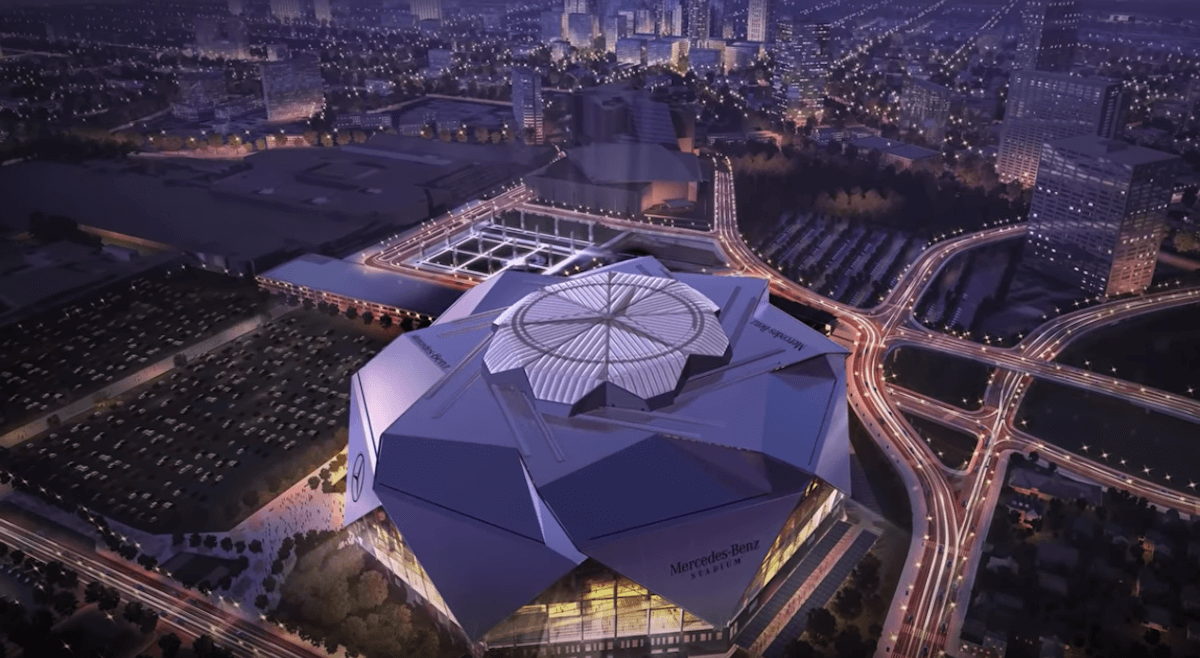 Integrating the stadium into urban planning

Stadium construction and renovation are also becoming better integrated into the bigger picture of urban development. Architects are using the outward appearance of stadiums to blend in, enhance, and connect with the surrounding neighborhood and the rest of the city.

Architects and urban planners are also specifically designing new stadiums to allow multiple sports to be played and other large events to take place. For example, the Optus Stadium in Perth was built to be configured for rugby, soccer, Australian rules football, and cricket as well as for concerts. And the Tottenham Hotspur Stadium in London boasts a unique retractable soccer pitch with a synthetic field below for American football. 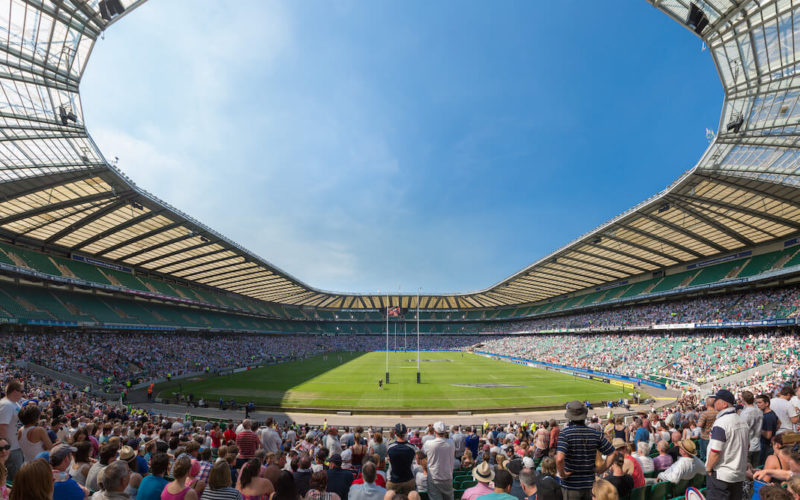 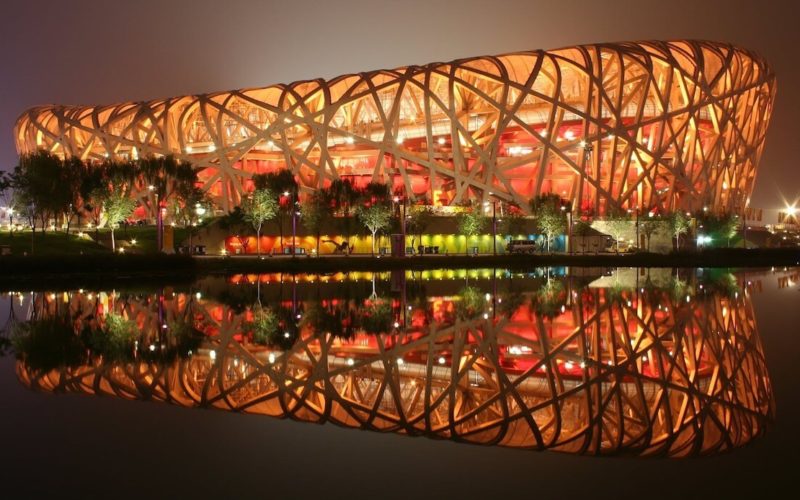 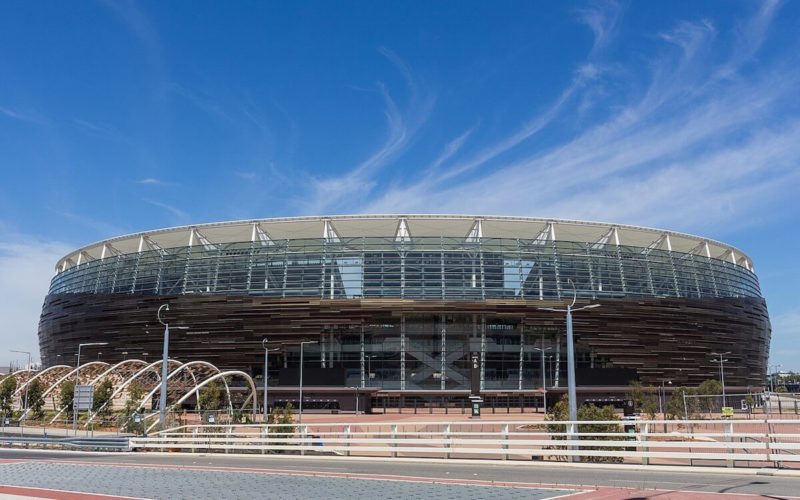 Planning for sporting mega events offers cities a great opportunity to bring new ideas together and put them into play. By better integrating stadiums into the larger urban context, and by safely and sustainably offering a greater array of diverse and hi-tech offerings, stadiums can contribute more to cities and use their expensive real estate more efficiently. And good mobility solutions both inside and outside the stadium help ensure that play continues uninterrupted.

Top Stadiums, video by The B1M