The 828-meter Burj Khalifa in Dubai is the world’s tallest building. The center of its support system is a core with a bundled tube design, buttressed by three wings. It’s a strong system – but what supports that support system? That would be the foundation, the unsung hero of modern high-rise cities. The design for Burj Khalifa’s foundation had to contend with a deep layer of very weak bedrock and highly corrosive, salty groundwater. The solution? They drove 192 thick steel support piles to a depth of 50 meters and poured 45,000 square meters of concrete, much of which was saltwater resistant and protected by a corrosion-inhibiting cathodic protection barrier.
Mixed-use buildings

Pioneering skyscrapers in the Chicago wetlands

Building foundations is never easy, and never has been. Chicago, for instance, is basically built on a swamp of sediment and clay. Yet it was one of the pioneers (and continues to be a leader) in tall building design.

Early builders in Chicago simply tried to float heavy buildings on the soil. But the result was cracked foundation and uneven floors due to “differential settlement.” Shallow underground support columns helped, but not enough. Another early method was to layer a pyramid-shaped raft of steel rails in a “grillage.” 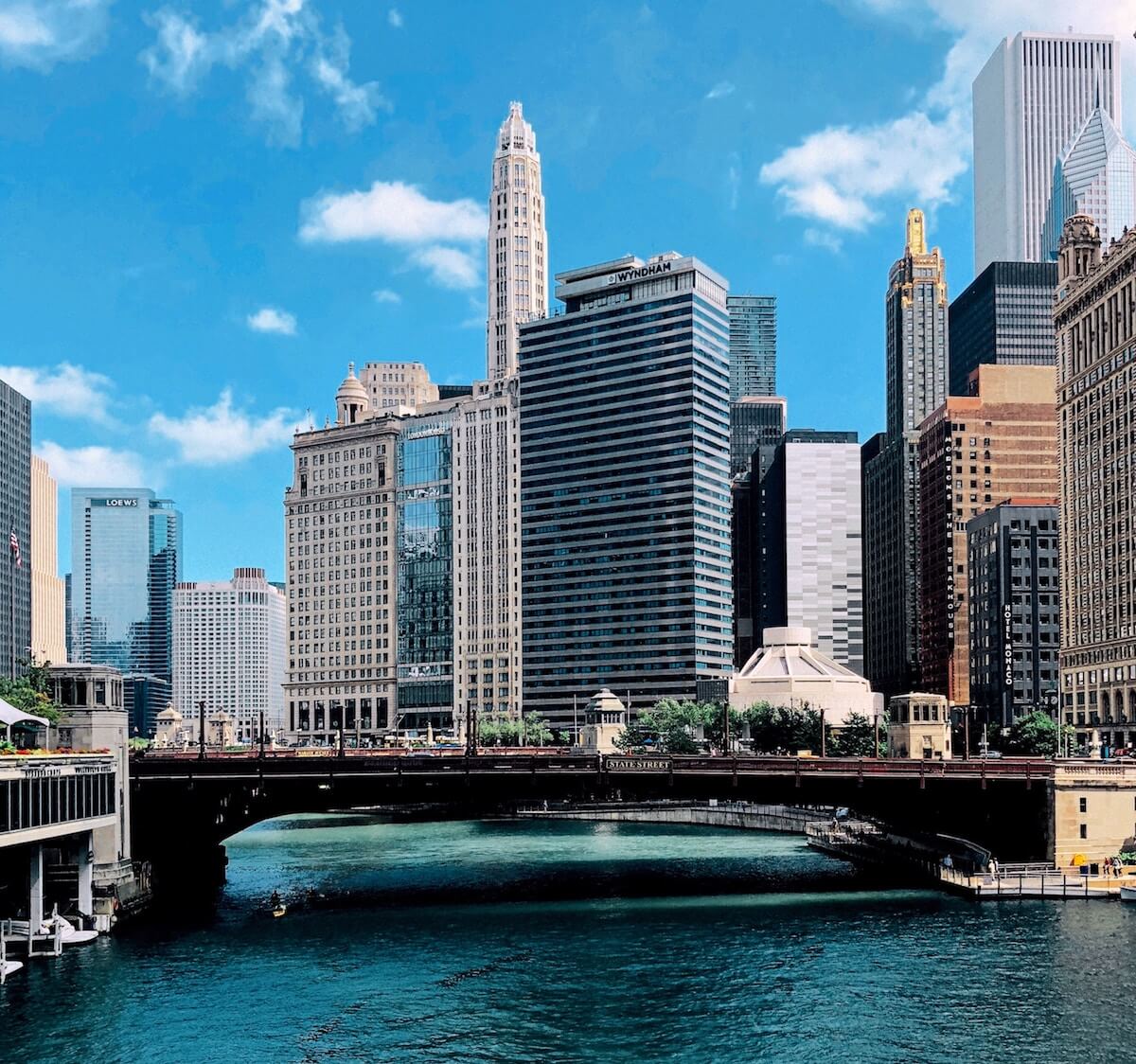 Anchoring tall buildings in the bedrock is ideal but can be harder than you think! Sometimes, the bedrock is very deep. So deep that in cities like Las Vegas and Houston, engineers are still trying to find it. Petronas Towers in Kuala Lumpur were not built on the original site because of bedrock irregularities. And the Shard in London is anchored into a layer of stiff sand.

Many engineers instead anchor buildings in the hardpan, the compacted layer of clay found above the bedrock. Some foundations spread the load across an even higher layer called the desiccated crust. Geotechnical assessment reveals the options available. It is largely done with remote sensors and cameras, as pockets of methane and pressurized water make it too dangerous for in-person inspections! 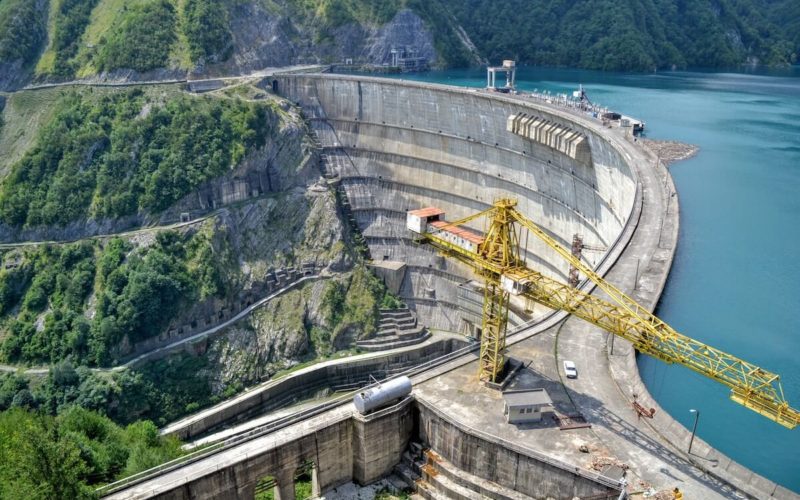 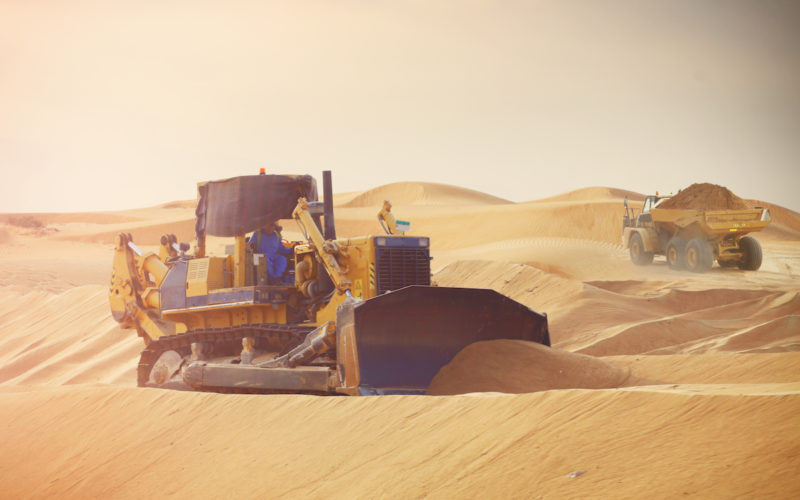 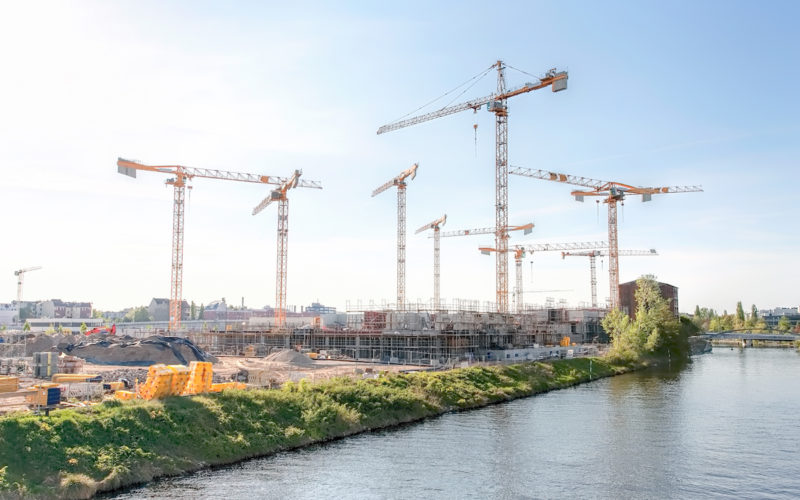 The known unknowns: weather and geology

Geotechnical assessment also examines the potential vertical and horizontal loads caused by the local weather and geology. This took eight months for Taipei 101 in Taipei City, where the risk of typhoons and earthquakes is high. Heavy winds were also a factor due to the building’s 508-meter height. Foundation construction took an additional 15 months!

Earthquakes call for good foundations and additional measures. Taipei 101 uses a 728-ton tuned mass damper (TMD) high up in the tower. Dampers are also used to test building components by mimicking the effects of extreme conditions on them. For example, thyssenkrupp Elevator test towers in Zhongshan City in China and Rottweil in Germany incorporate active mass dampers (AMD) to help ensure elevator safety. 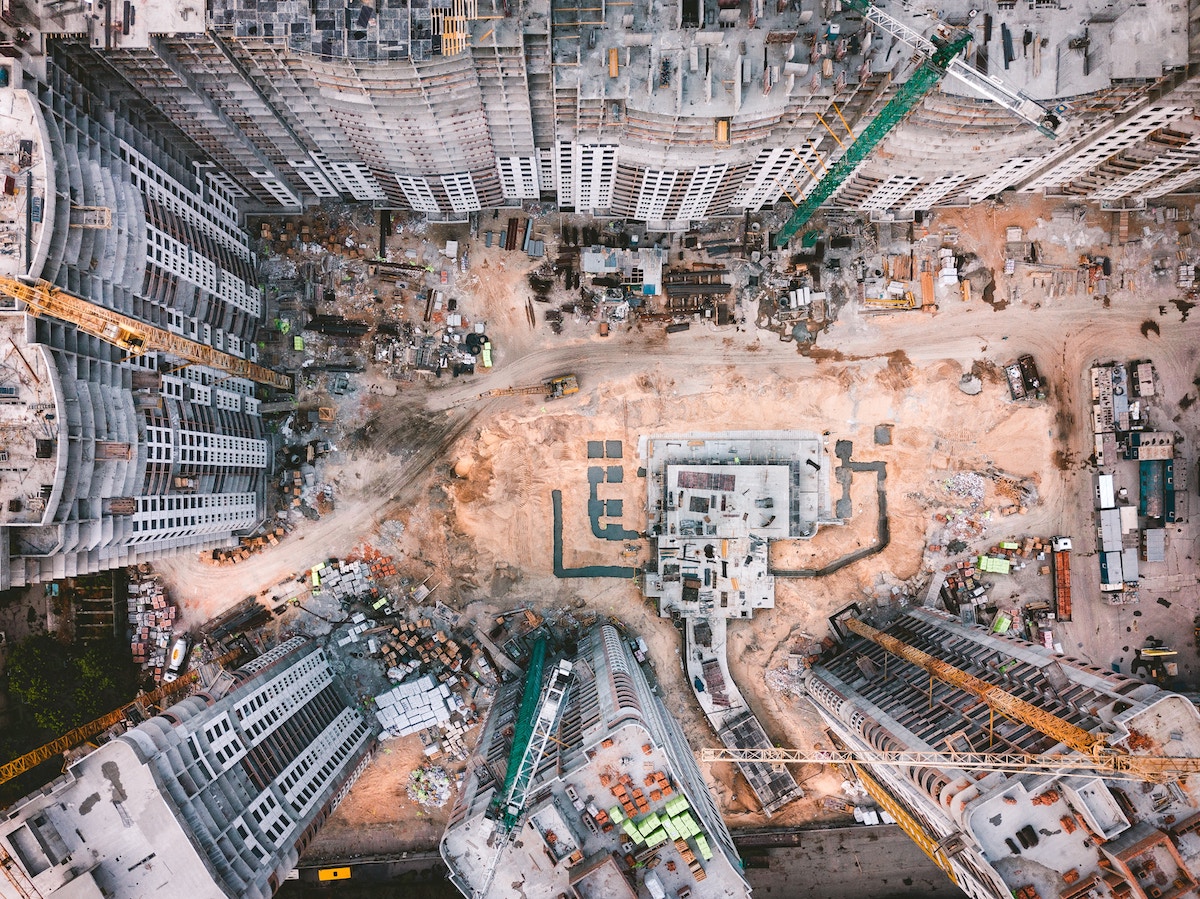 Digging in the dirt

Once all of the pre-work investigation is completed, digging can begin! If the bedrock is close to the surface, builders dig down and anchor the building to that. But in all cases, long, narrow columns or piles are driven into the ground. These are typically made of steel or reinforced concrete, and either prefabricated off-site or poured into drilled holes.

Piles that transfer the load of the building to the bedrock or other strong soil below are called end-bearing. Friction piles are used where the stronger soil is too deep, and transfer the building’s load to the surrounding soil along the length of the entire pile.

Piles can then support a large slab or raft. For instance, the Shard sits on top of a large concrete slab held up by hundreds of concrete piles. La Azteca in Mexico City uses a piled raft foundation to anchor it in a deep, highly-compressible clay deposit. That’s good, because Mexico City is sinking! It is just one of the many cities that are depleting their groundwater supplies and undermining their future. 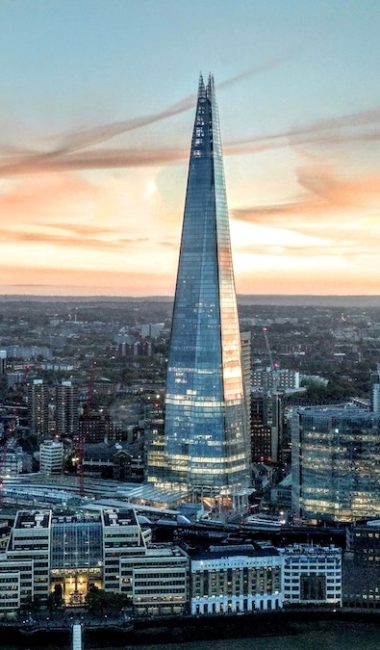 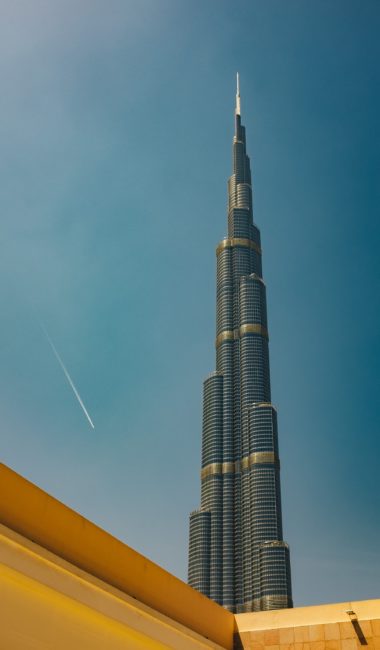 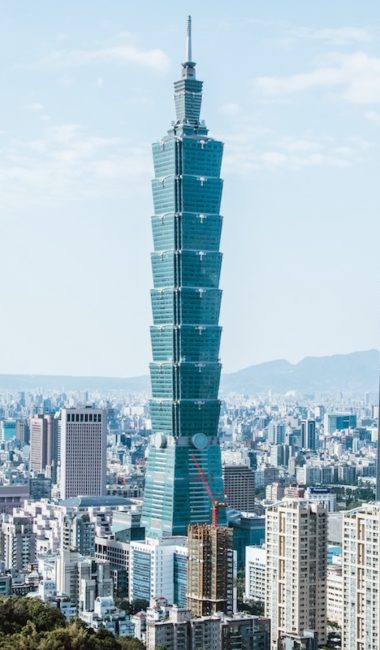 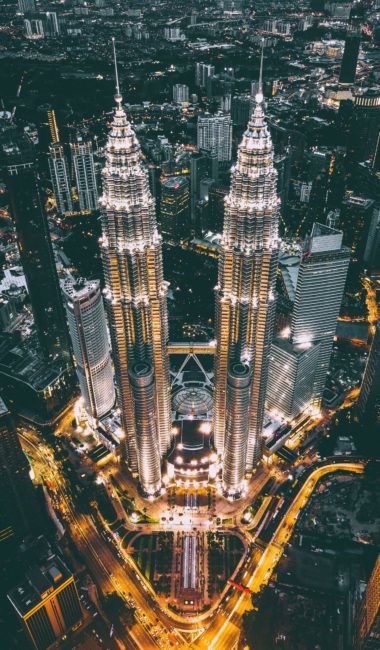 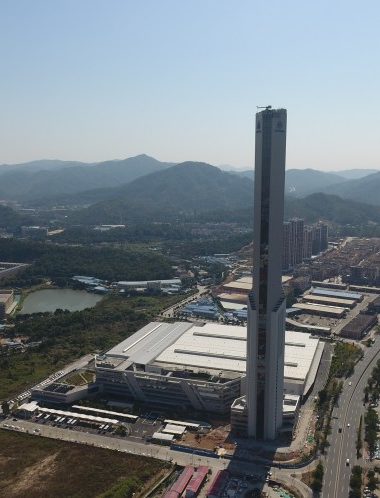 New buildings will continue to combine innovative design with the latest technologies to create firm foundations. The proposed 1,200-meter Bionic Tower, for instance, would use foundational supports that resemble a tree-root system!

The Shard, photo by Fred Mouniguet, taken from unsplash.com